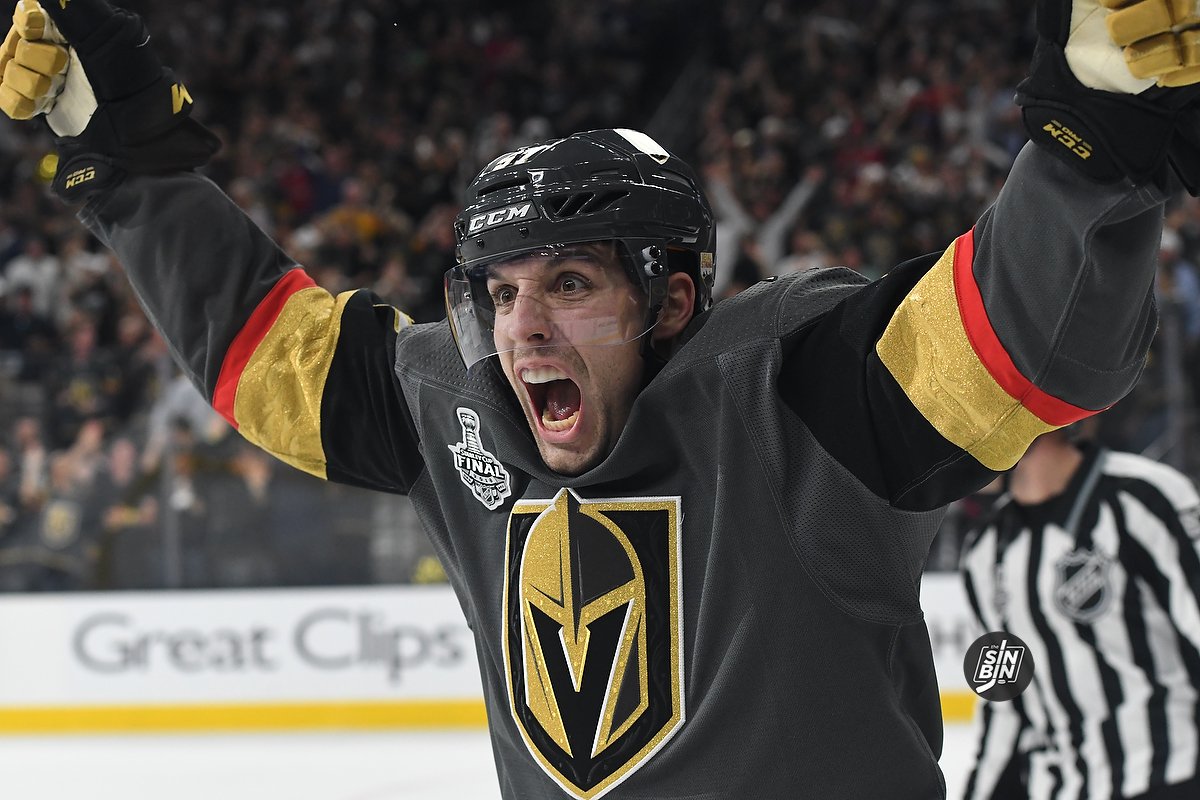 To say the Golden Knights are haunted by David Perron and Ryan O’Reilly would be putting it lightly. In the three seasons since Perron left Vegas as a free agent, the pair have scored 8 goals, registered 11 assists, and combined for a +14 rating in just eight games against the Golden Knights.

Why can’t the Golden Knights stop them? The answer, as it is for most questions in hockey, comes down to time and space.

O’Reilly’s a great player in the middle of the ice and Perron, as Flower can attest, is a great shooter (Fleury nods in agreement). When he gets his time and sapce in shooting areas that’s where he capitalizes. -Mark Stone

In just 72 minutes of ice time together at even-strength against the Golden Knights, the pair have been on the ice for eight goals while conceding just twice. Oddly, the advanced stats such as shot share, expected goals, and high-danger chance numbers with them on the ice skew majorly in Vegas’ direction but the results haven’t matched.

On the power play, they’re even more deadly, as was the case last night. They’ve shared the ice for just 13 minutes on the man-advantage against Vegas and have accounted for four goals.

For us moving forward we have to do a better job of taking away that time and space and keying in on Perron’s shot a little more. -Stone

The key for Perron and O’Reilly, and the reason the advanced metrics don’t tell the whole story, has been their ability to create chances quickly. Any giveaway or even just a small mistake such as stick position of a defender can instantly turn into a goal scoring chance against Vegas.

A small seam can lead to Perron releasing one of his wicked one-timers or his nasty toe-drag shots that helped him each 66 points in a Golden Knights uniform. Meanwhile, O’Reilly is a pest forechecking against Vegas. Not only can he take the puck away himself, he’s crafty enough to fool defensemen into making mistakes.

The Golden Knights must have a keen eye on that pair any time they are on the ice, especially on the power play. Matchups are crucial and can be the difference in a game the Golden Knights should win and one they let slip away.

In the game last night, one Vegas unquestionably outplayed the Blues in for a majority of the night, St. Louis stole a goal from Vegas on a single shift in which they got Perron and O’Reilly out against the Vegas 4th line. Perron literally shared the ice with Keegan Kolesar and Ryan Reaves for less than a minute, and it resulted in a goal. On the power play Reilly Smith and William Karlsson were able to limit Perron and O’Reilly, but the 19 seconds they got against Tomas Nosek helped lead to another goal.

It’s tricky on the road, because the Golden Knights must declare their line and pair first at every stoppage, but being mindful of Perron and O’Reilly is quickly becoming a prerequisite to beating the Blues for Vegas.