Stop Worrying About Fleury, Trust Him Instead 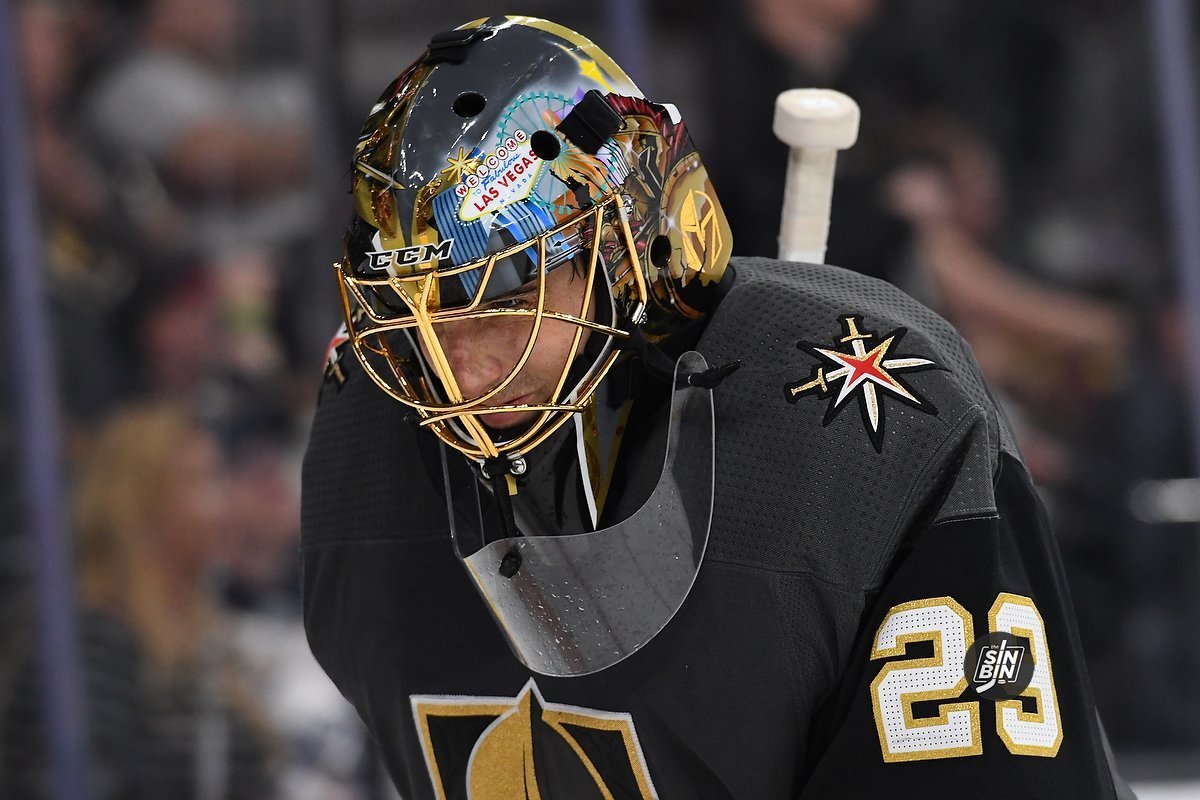 Marc-Andre Fleury has played 10 straight games for the Golden Knights including two back-to-backs. He leads the NHL in minutes, games played, and ranks in the top four in saves and goals allowed. Fleury has played in 28 of the team’s 32 games and only one goalie is within 200 minutes of the time he’s played.

However, in those past 10 games, Fleury has led the Golden Knights to their best 10 game stretch of the season at 8-2-0 and he’s recorded two shutouts. In the span, he’s allowed just 23 goals and has posted a .920 save percentage. Plus, he’s the current NHL leader in wins and shutouts and has been as big a reason as anyone that the Golden Knights currently sit in a playoff position.

Simply put, nearly 40% of the way through the season, Fleury has played a tremendous amount hockey.

He is playing great. He is giving us a chance to win all the time and he is playing great. Like I said the other day, we aren’t in first place like we were last year, and we are trying to catch teams. When a guy plays that good, he is going to play. -Gerard Gallant

But it’s not necessarily about the here and now. The voices of concern for Fleury’s long-term fitness are becoming deafening. The numbers will always back up the Golden Knights unwillingness to use a back-up but fears of a wilted Flower come March, April, and even May and June are certainly fair.

In fact, only 2 Stanley Cup winning goalies have ever played more than 60 games, which Fleury is on pace to obliterate.

The average games played for Cup winning goalies in the salary cap era is 49. Fleury only needs 21 more starts in the final 50 games to reach that mark.

It’s concerning, there’s no question, and no one should disagree that the Golden Knights eventually have to find a place to get Fleury some time off. Heck, even the reigning Jack Adams award winner agrees, but the main piece of the puzzle seems to be missing from the minds of most dissenting the decision to keep riding Fleury’s coattails. And that’s the man himself. Marc-Andre Fleury.

If there’s ever been a guy to trust that he’s in control, it’s Marc-Andre Fleury. He knows what it takes to keep his body in good enough shape to make it to the final game of the postseason.

Trust him. Don’t worry about Gallant or Dave Prior or even Malcolm Subban. If Fleury can play and wants to play, he undoubtedly gives the Golden Knights the best chance to win. It’s not about confidence in Subban or chasing points or any other explanation, it’s just a simple question and answer. Flower, can you play? If the answer’s yes, he goes.

Every single person in the organization, including Fleury, understands how much he means to this team. So believe that he knows what’s best for himself, for his teammates, and his coaches. Trust the guy in the golden pads, the soon-to-be Hall of Famer, the face of the franchise. Trust that he’s got this figured out, because if you can’t trust Fleury, who can you trust?

Big Opportunity In The Big Apple