Since 2005, league policies mandate NHL players to wear business suits before and after games. Some would argue it’s a dated policy, but the skaters abide and agree to dress as CEO’s on gameday. The Golden Knights have certainly made a fashion impact since their arrival, starting with their custom inaugural season threads several players donned throughout 2017-18. Center William Karlsson infamously accepted his Lady Byng award wearing a jacket lined with the Golden Knights emblem. Only a handful of players could have pulled it off on national TV like the 29-year-old Swede did.

This week at Lifeguard Arena, captain Mark Stone was asked by Sportsnet which teammate was the most fashion-forward on VGK’s roster. In years past, Karlsson, Ryan Reaves, and Alex Tuch were anointed as the freshest in the Golden Knights locker room, but that honor has now been passed down.

Hmm, good question. Got to give it to Eichs. –Mark Stone to Sportsnet

It shouldn’t be surprising to anyone that Jack Eichel has the swankiest suits on the team. After all, the number one center has a high profile around the league and the extra scratch he carries around in his wallet.

He does have the best style. He has the best suits that’s for sure. –Stone to Sportsnet

Beyond the compliments from Stone, you can catch a glimpse of two teammates’ building a connection. For only having played together for a handful of games, the Golden Knights’ two biggest weapons appear to have formed a nice bond. Hopefully, it will set up for success in the regular season and playoffs.

Back to Lifeguard Arena, the pair of Golden Knights showed some personality chuckling and busting each other’s chops in front of Sportsnet’s cameras.

Eichel: Oh, don’t say that. Don’t even say that.

Stone: His jeans are to tight but his suits are awesome.

Stone: That’s because you got a new suit. 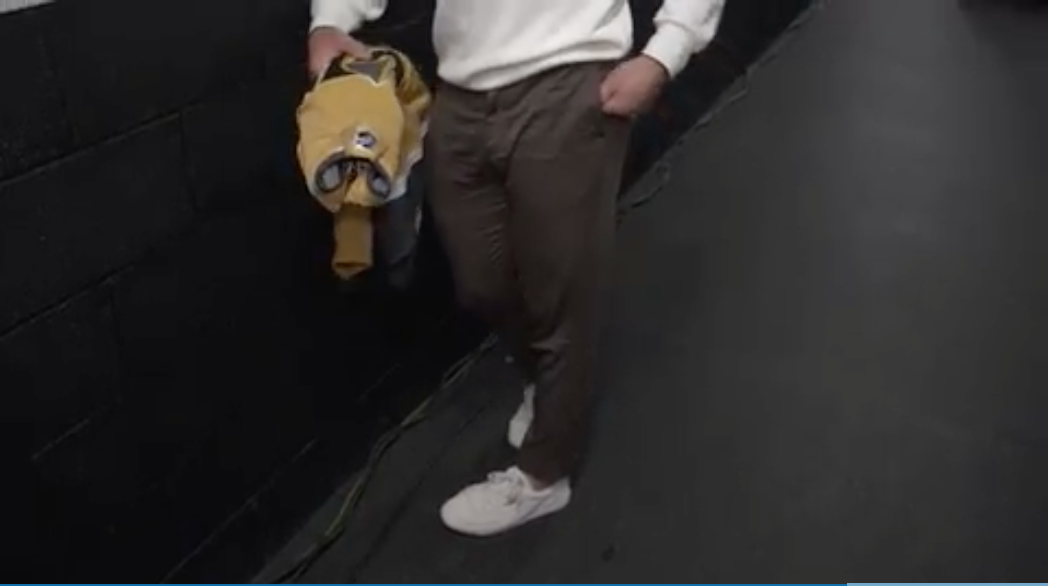 The chemistry between the two should give fans comfort that VGK’s top offensive line will quickly gel in 2022-23. Both Stone and Eichel will be heavily relied upon to score for Vegas in all situations, especially the power play. If each forward can produce at their career averages fans can expect a spike in man-advantage points. Also, if Stone’s defensive effort can rub off on Eichel, coach Bruce Cassidy would have one of the best two-way lines in hockey. Okay, let’s not get ahead of ourselves.

Lastly, another positive element to Stone’s Sportsnet appearance was his attitude and demeanor. Vegas’ captain wasn’t acting like he had health concerns or was distracted by reports of when his season is expected to begin. Stone was smiling, joking, and needling some of his closest teammates. Not only was the RW throwing barbs at Eichel’s tight jeans he also poked fun at one of the original misfits. When asked who the least stylish was, Stone didn’t hesitate but answered diplomatically.

Something tells me Stone wouldn’t say that directly to McNabb.