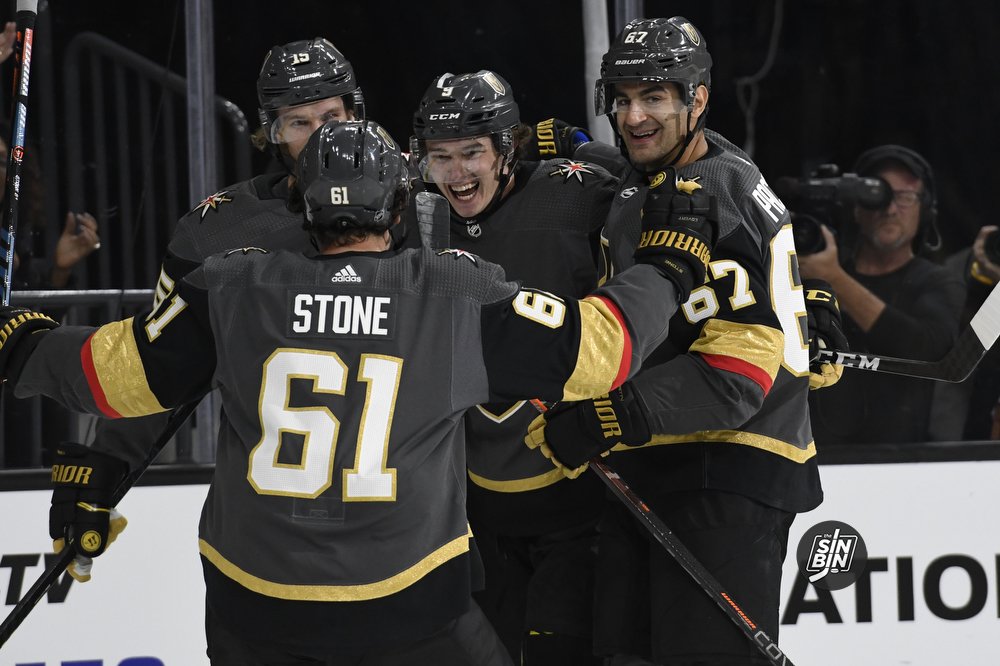 The day after Thanksgiving is usually reserved for sleeping in, leftovers, unnecessary spending, and the annual NHL Thanksgiving Showdown. This year unfortunately, basketball and football will have to fill your lazy-day sports void. But don’t get down, your gut will bounce back into shape next week and there’s a hint of positivity from the hockey world.

I have no doubt we’re going to have a season. –NHL Executive to Bruce Garioch, Ottawa Citizen

A January start date is very unlikely, but the league nor its players are giving up on a faceoff a month later. And it’s not just fans waiting for the other shoe to drop.

In Garioch’s latest article, the Ottawa scribe wrote about the silence around the league, especially after last week’s COVID breakout surrounding the Golden Knights and other organizations. Normally, things would be heating up. Early season deals are made, coaches are fired, and fanbases are fully engaged. It’s time to forget what could’ve/should’ve been and deal with reality.

It’s got to make sense… If we’re able to play it’s going to be more about player supply and player development this year than anything else. Without fans in the buildings, it’s certainly not going to be about any meaningful revenue. So yes, we’re going to want to know what the NHL is doing before we finalize what our plan is going to be. -Scott Howson, AHL CEO & President

Everyone around the sport understands the NHL needs to act first before minor leagues can make their decision. A lost season would impact a lot of people, including the players. They lose out on salary, statistics, milestones, but most importantly, a year from their careers. Older guys won’t get that season back. A layoff of a year or more allows extra time for prospects to develop, mature, and steal jobs. In other words, they do not want to skip a season.

It’s understandable why the owners are hesitant to start a season without a packed house of screaming fans. They’re losing money by the day, but owners also understand that a cancelled season could damage them more.

According to several sources, a few owners have suggested to Bettman that the league might be better off financially if it shuts down next season, since playing in empty arenas could be crippling to the bottom line. The NHL is still very much a gate-driven league in comparison to a league like the NFL, which draws most of its revenue from media rights. Bettman responded that the NHL can’t lose a season because it’s too damaging in the long term, as the league has learned before in lockout seasons. –Report by Emily Kaplan & Greg Wyshynski, ESPN

Each side will need to come to an agreement, take their financial lumps, and create some type of a shortened regular season. If it’s a February target, the league will need to decide how the 2020-21 season will play out relatively soon.

The landscape is — there’s a lot of unknowns associated with where we’re going in the immediate future…Hopefully things, with all the positive news associated with vaccines and a hopeful climate that could potentially exist that we get back on track. But we have some ground to cover. -Don Sweeney, Bruins GM to Associated Press

Everything we hear or read from around the league tends to be positive, giving fans reasons to believe that their favorite players will suit up and eventually play a 2020-21 season.

What starts with me is: Let’s get the season started… I’m up for however it looks. Whatever the league and the PA think is the best way to get us back playing, whether it’s with fans, some fans, no fans, TV being (more) relevant, if you will. Whatever it takes to get this season going and get it in place. -David Poile, Predators GM to Associated Press

Normally, when a season doesn’t begin on time it’s due to some bitter work stoppage. Players, GMs, and owners are on opposite sides with little motivation to give in, but this is a unique situation. The comments from various league general managers give a sense that collectively the NHL is placing its product and their fans first.

The league and the players discussed this week and there is something on the table that if we can start on time this is what it’s going to be. It’s going to be a 60 game season, in your own arenas, MLB style schedule like back-to-backs in your own building, and an all-Canadian division. –Elliotte Friedman, Sportsnet

It may not seem like it but there is real anticipation around the league. Certain GMs are being vocal now, spreading the word to fans and to the players. Since the players union and league office are ghosting each other a bit, it’s good that Poile, Sweeney, and others are giving us hope with their optimism. I think they speak for most NHL managers out there, and they help represent one side of the coin. Hopefully, things can quickly develop from there.

As fans, positive thinking is all we can do at this point, and pound down another turkey sandwich.