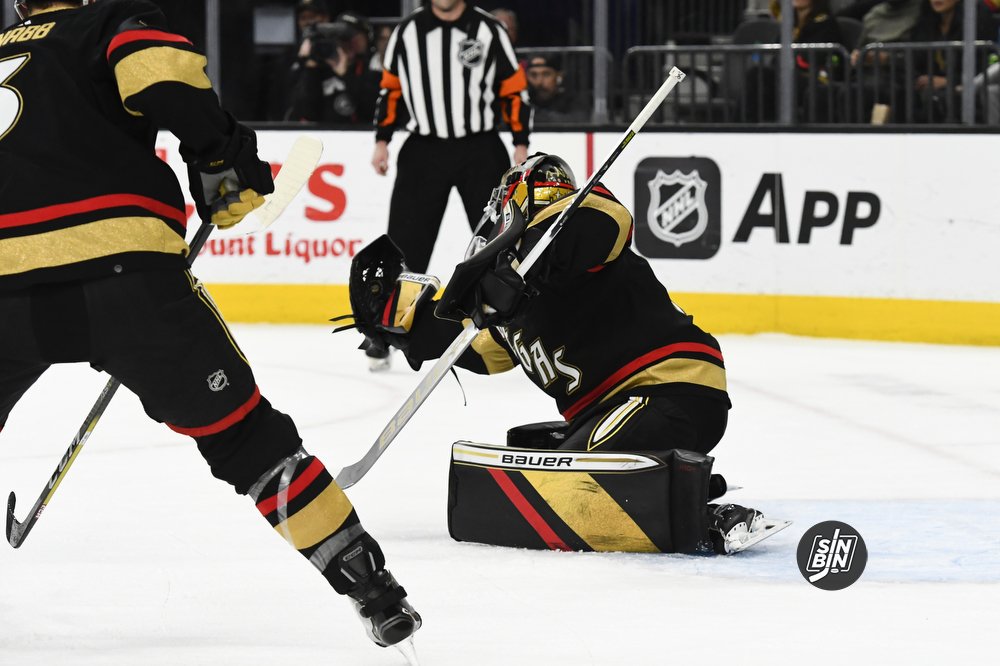 Last night the Golden Knights lost a gut-wrenching 3-2 overtime final to the New Jersey Devils. However, there’s an argument to be made that the game was lost with 10:26 in the 3rd period. Up to that point, the Golden Knights were leading 2-1 and controlled the game with strong 5-on-5 play. With ten minutes to go, New Jersey’s Brendan Smith spoiled the flow by hooking Jack Eichel and sending Vegas to the power play.

Five-on-five we did a lot of what we asked. What let us down today was probably our power play. We didn’t generate nearly enough in terms of extending the lead. We have to find a way to generate more. That’s where I thought we could have grabbed another goal for comfort. -Bruce Cassidy

Had the Golden Knights scored on their lone 3rd period power play the outcome likely would’ve changed. Cassidy’s team failed to extend their lead and barely challenged goaltender Vitek Vanecek. Instead of closing the door on New Jersey, Vegas mustered two low-percentage shots during a crucial 3rd period power play. Not only did the score remain the same but VGK’s listless PP gave life back to a dangerous Devils offense.

New Jersey coach Lindy Ruff had a sense his team would get another chance after Vegas’ ill-fated man advantage.

You have to stay around in games. You look for that opportunity. You know you are going to get two or three opportunities. If you stay with the program, you’re looking for the opportunities. In a 2-1 game we got rewarded by a 6-on-5 goal and then we finally got our power play opportunity in overtime. -Lindy Ruff, NJD coach

We gave up some big chances on some careless puck play. We could’ve developed more speed. We weren’t crisp with some of our passing and some of our rush execution. We turned some pucks over in our zone that we’ve been good with. Those were plays were Vitek had to make some huge saves for us. -Ruff, NJD coach

An additional moment Cassidy left out was the poorly timed tripping penalty committed by Ben Hutton in the overtime. Unfortunately, those are the risks a team faces when forced to shift a depth defenseman in a 3-on-3 situation. Don’t get me wrong, Hutton’s 2nd period dart earned him more ice time. However, he was overmatched in overtime.

Last shot was PK coverage. We thought we had a loose puck situation so we left the good ice and it squirts out. -Cassidy

Overall, the Golden Knights missed out on a golden opportunity but the team can take some positives away from their OT loss. Vegas overcame a 2nd period deficit, earned a point against a quality opponent, and thankfully gifted a point to an out-of-conference team. At this stage in the season every point exchange matters.