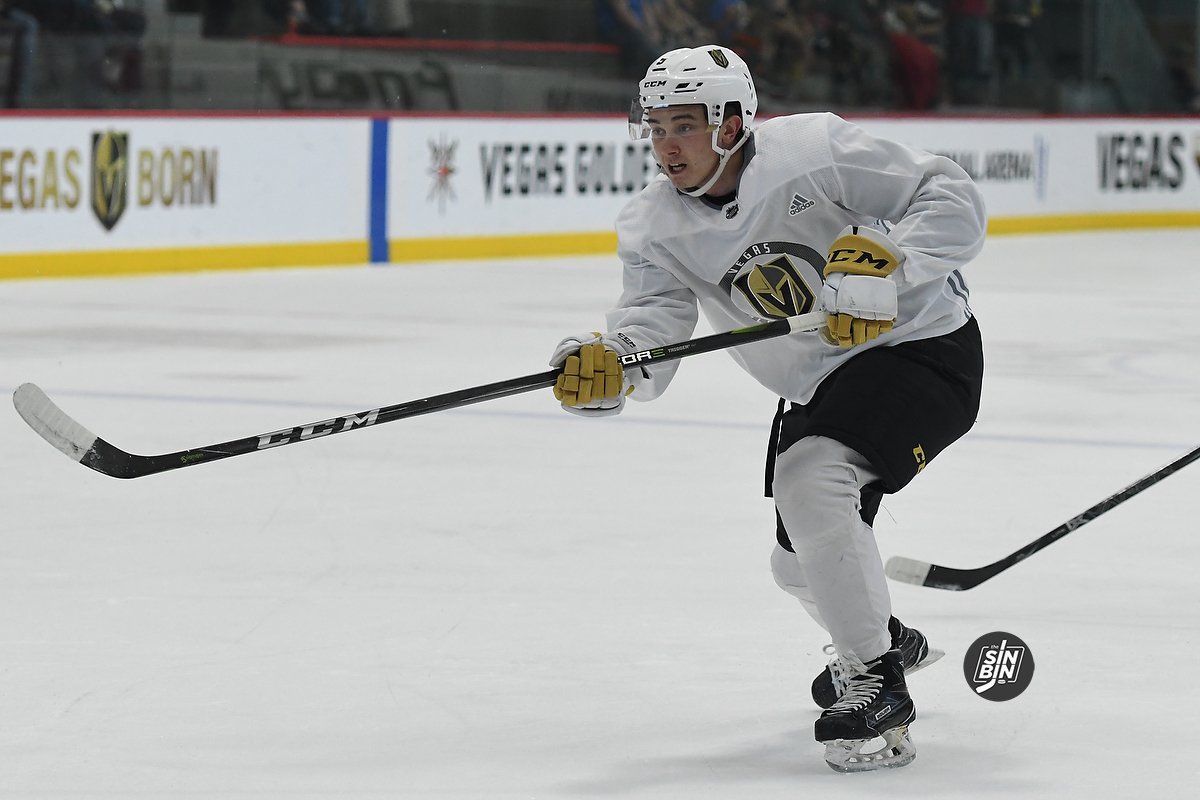 Cody Glass just wants to play. He’s told us for three straight summers now, his goal is to play in the NHL. ASAP.

The question is, where would he play?

It’s the NHL, I’ll play anywhere. I’ll play defense if I have to. -Glass

Earlier this summer, Glass said he’s grown, and he’s ready to make the leap from juniors/minors to the NHL. However, in his third NHL training camp, his age, size, nor maturity will decide his path. It will be up to the Golden Knights management to choose between an established NHL body and giving their young center a chance to flourish.

But again, where will he play?

You have to love Glass’ eagerness to make the club, but let’s be serious, Vegas didn’t draft a center sixth overall to be a checking forward. That role is best filled by guys like Tomas Nosek, or William Carrier. The Golden Knights have higher expectations for a two-way, top ten drafted center.

I’m not going to be a liability on the defensive end. That’s something I take pride in is playing a good two-way game. It kind of fits well with that third or fourth line player. Obviously, I think I do pretty well on the offensive end… I’ll just take it. Wherever I am, I’ll try and make the most of it. -Glass

And that’s where he unknowingly let his guard down. Glass brought up his offensive game, which was a big reason he was drafted sixth overall. While he prides himself on a 200-ft style, his scoring and playmaking abilities are why the organization will never see him as a checking forward. His offensive potential is just too high, and the young lad knows that.

Now, if the Golden Knights decide to get more explosive on their third line, then maybe Glass would fit well. With Alex Tuch on his wing, the two first-round picks would feed off each others skill. The next move would be where to fit Cody Eakin. I can’t imagine Gerard Gallant moves him to a wing position, so that would leave him anchoring the Golden Knights fourth line. I’m sure many Vegas fans would applaud that move to bolster the bottom line.

Along with Glass, we’ll be patiently waiting to find out if he makes the team straight out of camp. Until then, we can only speculate. But one thing you can take to the bank… Cody Glass will not be centering a fourth line of Ryan Reaves and Tomas Nosek on opening night. He has a better chance of being the Chicago Wolves first star of the game.