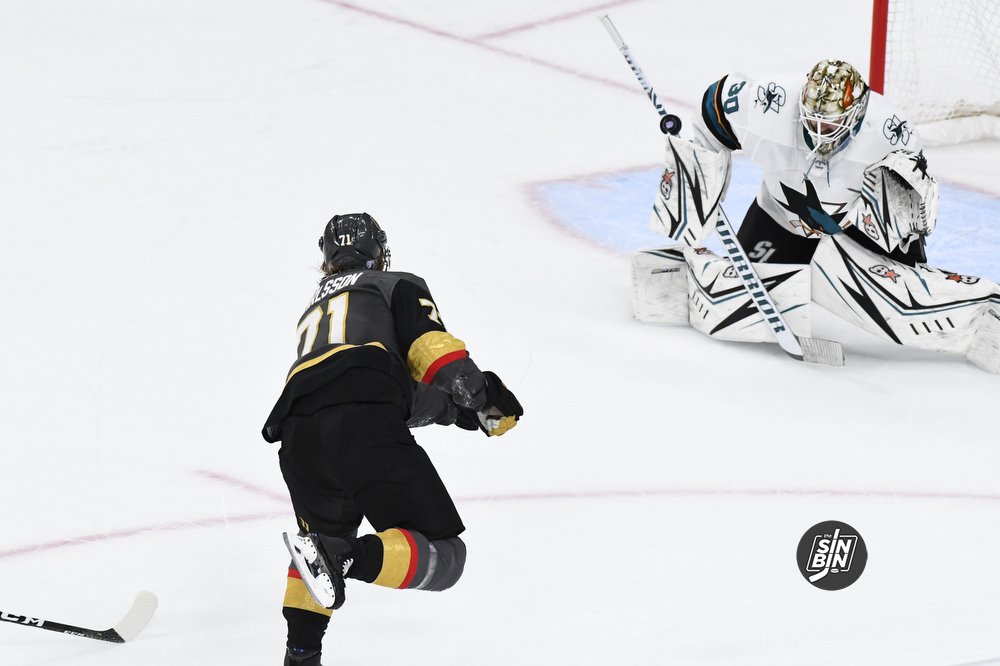 In the shortened 2019-20 regular season the Golden Knights led the NHL with 34.5 shots on goal per game. In fact, since they entered the league Vegas has averaged the second-most shots per game over that three-season span.

The bulk of the shots come mostly from the Golden Knights top-six forwards. Max Pacioretty led the team averaging 4.32 shots per game, followed by Jonathan Marchessault. Shea Theodore and Alex Tuch do their part as well, both creating several scoring chances per night. When DeBoer gets all of his weapons firing on net, opposing goaltenders have to play at their best, or else it’ll likely be a long night.

Another reason why the heavy shot load strategy works is the imbalance of taken/allowed shots. Not only does Vegas lead the league in shots per game, but they’re tied with the second least amount of shots allowed per game. While the Golden Knights are averaging 34.5, they’re only facing 29.3 shots per game. Resulting in five extra chances for Vegas, which could very well decide the game.

The approach seems straightforward; shoot more, face fewer. However, sometimes playing simple works best in a difficult game or series. Coaches and players tend to overcomplicate the game when it’s not going there way.

I’ll leave you with the perfect quote for when the team isn’t playing at their best. It’s a simple message that you’ll occasionally hear from a cheeky Golden Knights veteran forward.

“We can’t be too cute out there.”-Reilly Smith