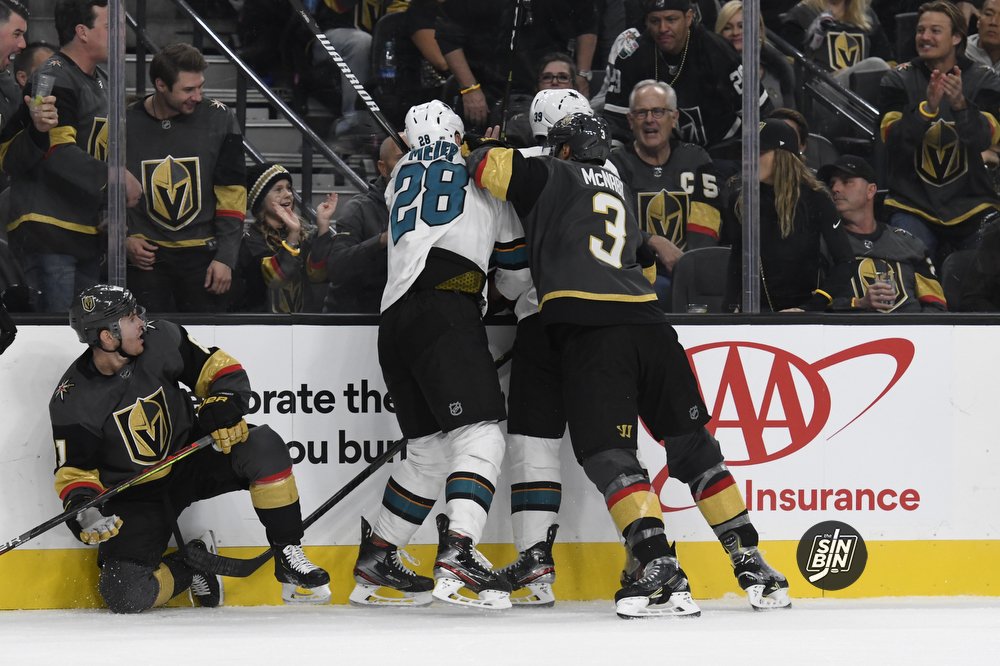 With a new coach comes change.

I think every coach has some tweaks and some beliefs they want to instill. Coming in mid-season it’s going to be a little slower process and take some time. -Pete DeBoer

DeBoer has been tasked with taking over a team that knows it’s good but haven’t quite been able to sustain it consistently. The Golden Knights started out the season with two big wins against DeBoer’s Sharks, then dropped 15 of their next 24. Next, they hit a hot streak winning 13 of 19, but things quickly took a turn for the worse with Vegas losing four straight, costing Gerard Gallant his job.

Now, DeBoer is in charge and he has to figure out how much needs to be changed and where he needs to implement those changes.

From a systems point of view, there will be some tweaks but this is a well-coached team, I’m not coming in here to change everything. -DeBoer

Those tweaks will come eventually, but don’t expect to see them in the next three games.

We’ve got to take it a little bit slower for me. These games until the break I’m going to use to get to know the guys and the team. The players, I want them to play, show me what you can do, what you are capable of, and hopefully coming out of the break we can start to establish some of those things. -DeBoer

However, DeBoer did outline a few things he says he won’t wait for, those he calls, “non-negotiables.”

For the most part, it’s all standard coach speak and things the Golden Knights were already doing with Gallant. But, there’s one “item” among the non-negotiables that will require a change from Vegas’ players.

Under Gallant Golden Knights came in way above the averages, while DeBoer’s Sharks teams have been below.

This isn’t a new phenomenon for the Golden Knights either. The average shift length for all skaters in franchise history under Gallant was 49.3 seconds.

As you can see, Golden Knights forwards actually have a longer average shift time than defensemen over the 213 games with Gallant.

Under DeBoer, Sharks skaters averaged 44.2 seconds per shift, with forwards clocking in at 42.5 and defensemen at 47.7.

We’re talking about five to seven seconds, but that’s a huge difference when looking at shift length. It means Gallant’s player’s shifts are about 10% longer than DeBoer’s which translates to two to three more shifts per game.

The Golden Knights will certainly have to make an adjustment to fulfill this “non-negotiable” item and the impact it has will likely go a long way in determining how successful the Golden Knights are under new direction.

Through three games, DeBoer’s philosophy seems to be getting through to the Golden Knights.

Also, in the three games, 38 of the 54 skaters have come in under their season average with another three matching their average.