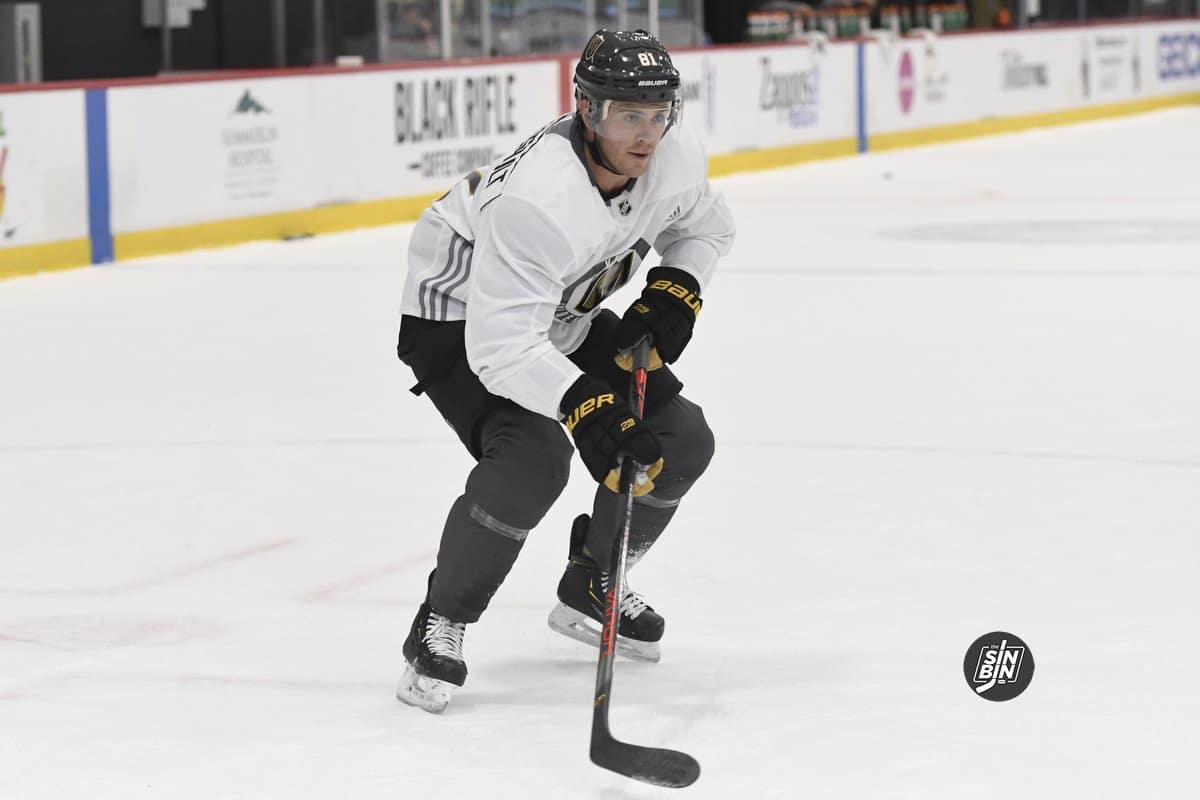 The main focus in the July camp was getting up to competitive speed. They tried to achieve that by running full practices on both sheets of ice followed by a scrimmage pretty much every day of camp. Yesterday, in the first day of this year’s camp, they did the exact same. A 45-minute practice on each sheet of ice followed by a 20-minute scrimmage. Both teams had a full complement of 18 skaters and there was even a ref (well, sorta, it was assistant coach Ryan Craig wearing a ref jersey).

It’s definitely a quick turnaround. We all came here to work. We want to be ready for January 14. We’ve been through it going to the bubble and the first few games were good and we were ready. I’m not too worried about our group, I think we will be ready. -Jonathan Marchessault

DeBoer wants the camps to look as close to the same as they can so much so that he’s even scheduled in a mock preseason game to mirror the one they played against Arizona in the bubble.

We haven’t changed a lot. It’s the old adage, you don’t change something that’s working. We’ve tweaked it a little bit. The difference between the two camps is obviously we don’t have an exhibition game prior to starting so we’ve kind of mocked in our own exhibition game for one of the nights amongst ourselves to simulate a game-like situation but other than that we are trying to do the same things. -DeBoer

This year, getting off to a hot start is crucial. Not only is the schedule unforgiving in regards to making up points, but every game is in the division meaning any points lost go directly to an opponent you are competing with for postseason spots.

The games that followed the last camp were important and the Golden Knights played very well in them. They believe that experience sets up for the same to happen once again this season.