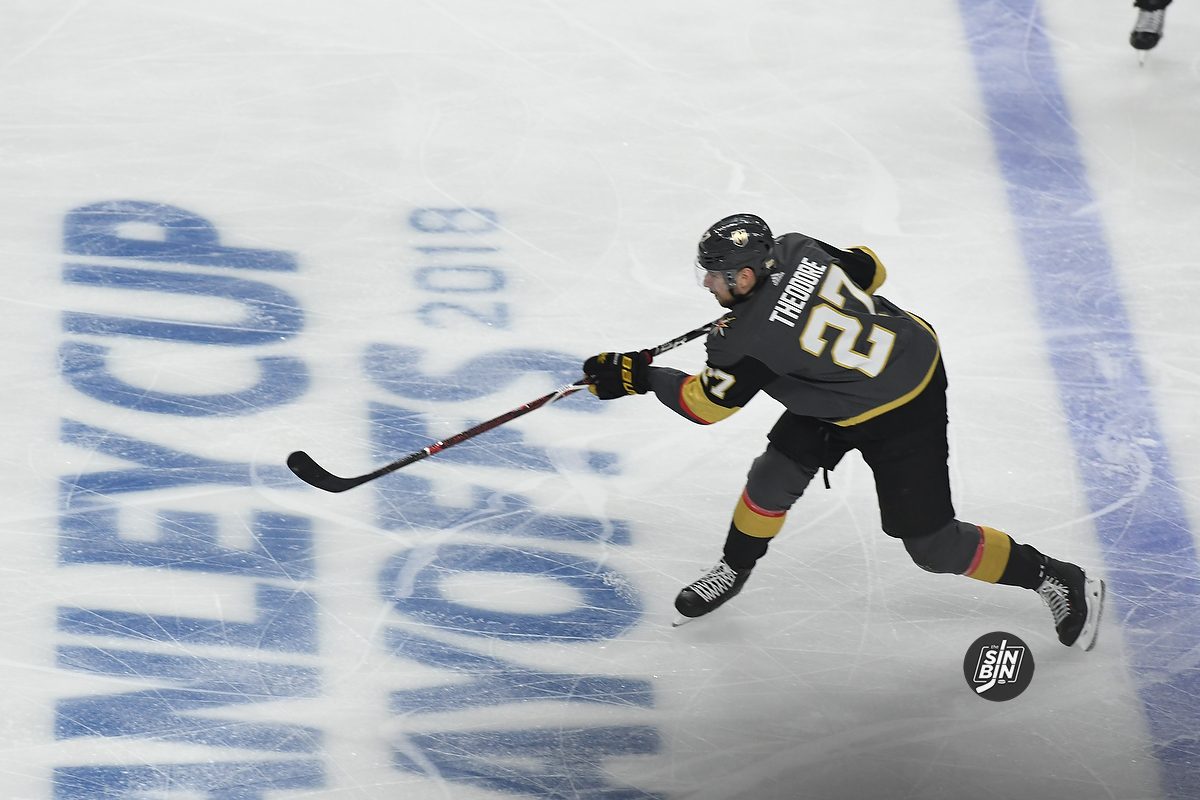 The stalemate is over. Shea Theodore has signed a 7-year contract worth $5.2 million AAV against the cap.

George McPhee said much of the negotiations were over the length of the contract. The team insisted on a long-term deal but Theodore and his agents were looking for a bridge deal that would lead Theodore to an even bigger deal in a few years.

The contract locks Theodore to the Golden Knights through the 2024-25 season with what McPhee described as “cost certainty.” In the eyes of the Golden Knights it may be a slight overpay for this year and next, but down the road, Theodore will be a steal at $5.2 million, especially if the cap continues to rise as projected.

Let's talk about Shea Theodore's 7 year $5.2M AAV contract and what it means for the Vegas Golden Knights. https://t.co/BJhs1zWjDV

Gallant says Shea will be ready no problem for Opening Night.

McPhee says he thought it would have helped him manage the cap better with a long term deal so the team insisted. Shea's agents wanted a 2 year deal.