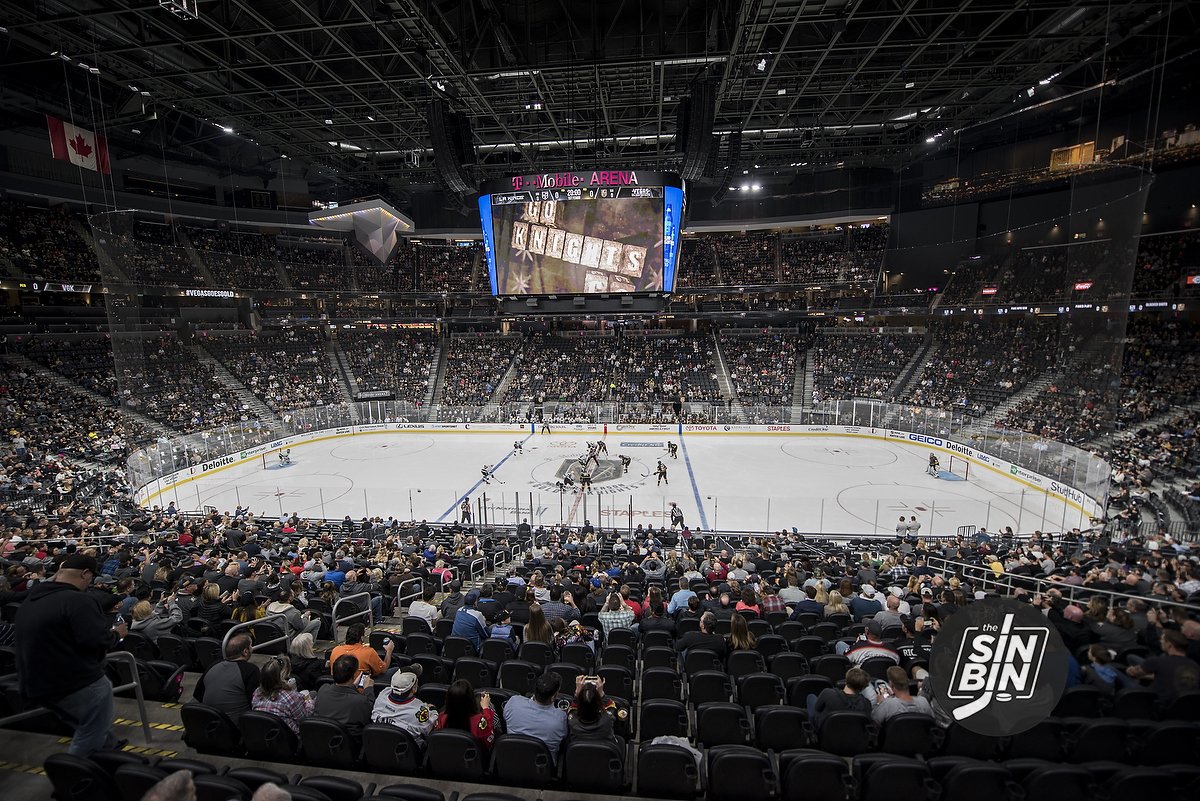 It may have only been 20% but it felt like a full house last night at T-Mobile Arena. Not only did Vegas get a boost from their star goaltender but also from the 3,473 fans in attendance. Labeled the loudest fans in hockey, the limited amount of VGK faithful made sure San Jose heard them loud and clear.

According to San Jose coach Bob Boughner, the building was loud.

We were in another team’s building. There were fans in here tonight. It was loud and I think that makes things harder on everybody. -Bob Boughner, San Jose coach

One theme brought up several times by members of the Sharks was the officiating. San Jose felt there were two or three missed calls that should’ve gone their way. Even Sharks broadcaster Randy Hanh was upset with the zebras.

It’s possible the officials were distracted by the crowd. Like the players, they’ve been skating in empty arenas as well. More than likely Boughner was complimenting the noisy crowd by taking a jab at the referee. Either way, last night the fans made some impact on the ice.

Defenseman Shea Theodore sure thought so.

Yeah, even when we had 15% the fans were still buzzing. The more fans the better. I thought they were loud and there was definitely times we were feeding off that. Hopefully, that continues moving forward. -Shea Theodore

Since the inaugural season, Vegas fans have been recognized as one of the loudest and supportive fanbases in hockey. The team on the ice has undoubtedly benefited from their faithful’s rowdiness. Including last night’s victory against the Sharks, the Golden Knights are now 86-35-12 when playing on home ice.

Home ice advantage hasn’t existed in over a year now, but it should in these upcoming playoffs. More so if the Golden Knights play a team in California or Canada who aren’t rushing to open venues. Playing in an opponent’s empty building while they must come to Vegas and contend with a half-packed T-Mobile Arena should be a major advantage for VGK.

Everyone from fans to the state government is hoping T-Mobile Arena will get back to normal occupancy by the start of the postseason. Signs are beginning to point in that direction but nothing can be certain in 2021. (From what we are hearing, 50% seems likely soon but 100% still seems a bit far off.)

We now know what 3,400+ fans sound like and the effect an opposing coach believes they have. Imagine what 8,000+ can do.