If you replay that game, nine times out of ten you probably win. -Pete DeBoer

Unfortunately for the Golden Knights, the one out of ten was last night, and now they have to go back to Minnesota to take a second crack at ending the Wild’s season.

It was the 1st period that did the Golden Knights in. Marc-Andre Fleury, who came in having allowed just four goals on 116 shots, allowed three on seven shots in the 1st. Meanwhile, Vegas generated very little on the other end, scoring once on a familiar-looking neutral zone chip in, but were limited to just two of their 17 high-danger chances. 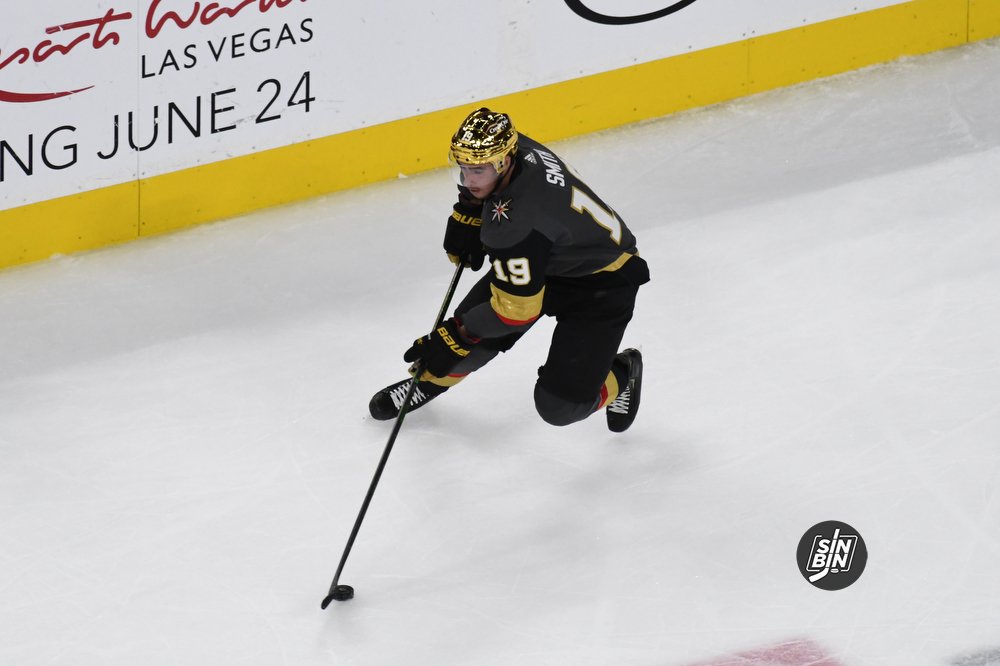 1st period woes are becoming a bit of a trend as the Golden Knights now trail 5-2 in the opening frame while outscoring Minnesota 12-3 following the first intermission.

There have been some good 1st periods, some bad ones, and then there was Game 5’s, which was somewhere in between. Vegas didn’t play poorly but succumbed to what head coach Pete DeBoer called “an opportunistic” Wild team. Alternate captain, Reilly Smith, saw it a bit differently.

I think we just have to be a little smarter and have a little bit more urgency with the puck in the 1st period. I really don’t think it’s anything they did, it’s self-inflicted wounds. -Reilly Smith

Smith’s right about the last part, self-inflicted wounds. The Golden Knights made critical mistakes on all three of the Wild’s 1st period goals.

On the first one, moments after VGK opened the scoring and appeared to be headed towards closing out the series, Mats Zuccarello got loose in the neutral zone after a nifty skating play to get around Chandler Stephenson. The mistake came shortly after though. As Zuccarello slalomed between the entire Vegas defense, Stephenson’s backcheck was overzealous in chasing the puck carrier as opposed to picking up the man that was left off to him. That led to him running into Brayden McNabb which opened up an easy cross-seam pass that allowed Kirill Kaprizov a one-time snipe he simply won’t miss.

Goal two was born out of a poor decision by the captain, Mark Stone. With plenty of time coming out of the defensive end, Stone tried to hit a stretch pass to spring Stephenson. It was broken up but not one but two Wild sticks sending them back into the offensive zone with an easy entry. From there, Vegas lost a few stick battles and Zach Parise banked one in off Fleury.

Finally, the third Wild goal was set up due to the Golden Knights executing a sloppy change. Unlike many bad changes, this one did not lead to a walk-in chance for an opposing player, instead, it just put the Golden Knights behind the eight-ball trying to stop a single player coming in on a rush chance. The bad change didn’t allow Alec Martinez to get the proper gap as Jordan Greenway entered the zone and then the rest of the Golden Knights were scrambling to get into position which allowed Greenway three whacks at the puck that eventually made it to the net.

Credit the Wild for finishing off all three chances, but for Vegas, they can definitely walk away from that game feeling like they gave away the chances as opposed to Minnesota creating them.

Now it’s just up to cleaning up the mistakes. Which they also know they are fully capable of doing.