“Secondary Moves” Still On The Way For Golden Knights? 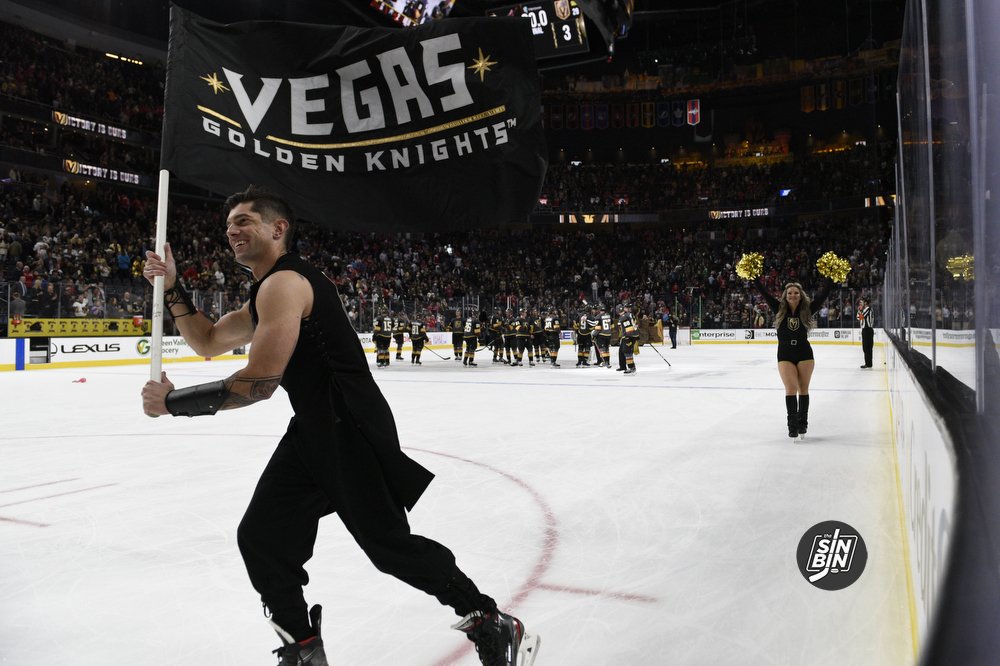 The trade deadline is three days away but the Golden Knights have already dipped their toe in the red hot defenseman trade market. Essentially on the same day as Brendan Dillon, Dylan DeMelo, and Marco Scandella were moved, Vegas pulled the trigger on their response adding Alec Martinez for a pair of 2nd round picks. However, there’s still time on the clock and according to the Golden Knights owner, the Golden Knights may not be done yet.

This (the Martinez trade) was our big one really for this trade deadline period. There are a couple of other ideas that are floating around with the pro scouts and with Kelly and George. Now we’ve got a few days. Might be something else happen, but this was the important one, to get behind us, to get a really strong d-man to help supplement what we already have. -The Creator on Vegas Hockey Hotline

(The whole interview by Brian Blessing with The Creator is embedded below.)

At the Martinez announcement presser, GM Kelly McCrimmon was a bit more coy about the future plans surrounding the Golden Knights and February 24th at noon.

This was a move that we had considered for a long time and we identified this as a way we wanted to improve our team was to add a defenseman of this caliber. That’s why we worked hard to finalize the price in advance of the deadline. We’ll do a reset now, is how I would explain it to you, and then we’ll work right until the deadline on Monday to see if there’s any other moves out there that could help us that make sense. -McCrimmon

The Golden Knights are now very tight to the cap with the addition of Martinez, but they remain with a number of upcoming UFA contracts (Eakin, Reaves, Holden, Merrill, Nosek, Engelland) still on the books that could become trade bait between now and Monday.

The future is now. That’s why we are trying to put together the very best team we can right now. -The Creator on Vegas Hockey Hotline

With the injury of Alex Tuch (not expected to be out for the season) and the re-aggravation of Cody Glass’s injury in the AHL (timeline still unknown), the Golden Knights could be in the market for a forward or another defenseman.

The Creator was very complimentary of his forwards directly before saying this.

Pete DeBoer admitted to having “some frank conversations about the strengths and weaknesses of the team” early on with McCrimmon.

Maybe they are done and Martinez was the piece they feel can push them over the top. Or… maybe there’s still more to come.