Season Opener: What I’m Looking Out For Aside From The Outcome 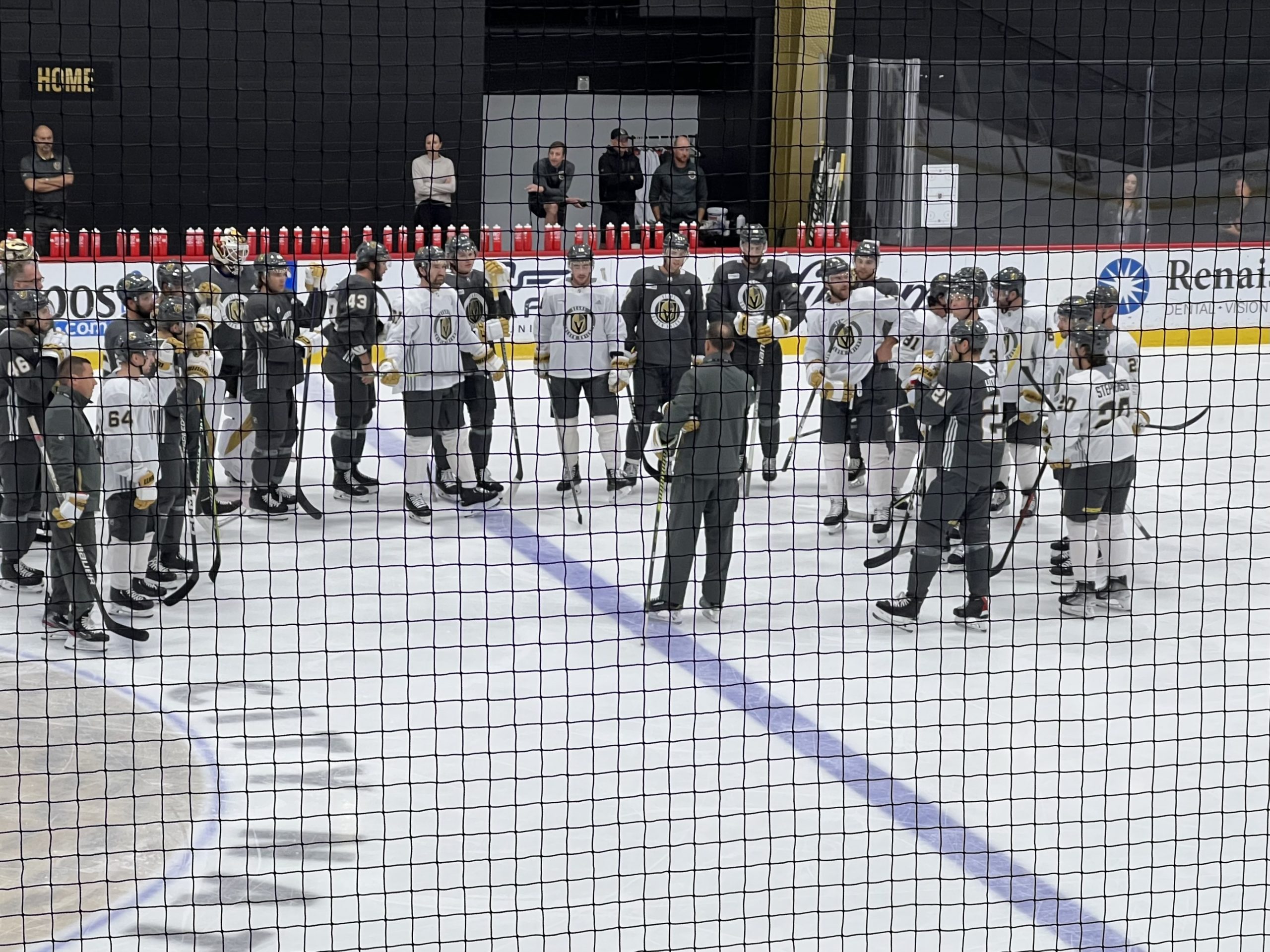 Dubbed “The Golden Age” by the Vegas marketing wizards, the Golden Knights will embark into the start of a new era tonight in Los Angeles.

With a new coach behind the bench, inexperienced goalies at the helm, and a full season of Jack Eichel, the question marks surrounding Vegas this season are plentiful.

Tonight, we’ll start to get some of the answers as VGK face a division foe and a likely obstacle to returning to the playoffs after missing for the first time in franchise history.

It’s just a single game, and much is expected to change over the course of the next six months, but we stand to learn a lot about Cassidy, the systems, the roster, the goalies, and much more on this first game from Crypto.com Arena.

How does Cassidy use his lineup and will he stick with it?

The expected lineup is as follows.

The first question is how married to these lines is Cassidy? We’ve seen quite a bit of shuffle over the course of the preseason but it looks fairly similar to the lineup he had in mind when Training Camp first began.

Is he willing to let it roll if things aren’t going well for a line or even the whole team? Do we see radical shifts or just a couple guys flip-flopping?

And then, how does he deploy them? With the game being on the road, we won’t learn much about how he plans to use them to match up, but we will learn a lot about who he likes to start where situationally. Mark Stone, Jack Eichel, and Chandler Stephenson saw a massive number of offensive zone starts in the preseason while Keegan Kolesar and Nic Roy started primarily in the D-zone. Cassidy has mentioned his affinity for William Karlsson’s 200-foot game which indicates he’ll likely shoulder a lot of defensive burden, but that may not be possible on a line with Jonathan Marchessault and Michael Amadio.

On D, it’s expected that Alec Martinez and Alex Pietrangelo will draw many of the most difficult matchups, but if they aren’t available or don’t hold up, does he go to Brayden McNabb and Shea Theodore or Ben Hutton and Zach Whitecloud?

The final question is in minute usage. As we detailed last week, Cassidy does not like seeing forwards play more than 20 minutes or fewer than 10. However, the lineup is balanced in a way that suggests a much heavier minute load for the top-nine than the fourth line.

Can the spare pieces make the balanced lineup work?

There’s a pretty clear gap between the Golden Knights’ best six forwards and their next six. For months, the expectation was that those six would play together to make as strong a top-six as possible while leaving the rest to the third and fourth lines. But instead, Cassidy has chosen to spread them out over three lines in an attempt at a more balanced and matchup-resistant lineup.

This experiment relies on the likes of Brett Howden, Michael Amadio, and newcomer Phil Kessel to hold up on each of their respective lines.

If they all do, or they all don’t, it’ll be pretty clear, but if one or two struggle, what will Cassidy do to remedy the situation? Will he lean on someone from the 4th line to step up, will he switch them around amongst themselves, or does he throw the entire lineup in a blender? Plus, what type of even-strength ice time do each of these three earn?

Cassidy has mentioned that he believes any team is at its best when they roll four lines, but with the versatility of players like Stephenson and Karlsson, and the ability to play on both sides for Marchessault and Smith, does he create “super lines” from time to time in important spots?

Also, a staple in Pete DeBoer’s playbook was playing Theodore and Pietrangelo together in key offensive situations. We have not seen this at all in the preseason despite the two offensive blueliners playing four preseason games together. Especially if the Golden Knights trail at some point in the game, it will be interesting to see if Cassidy uses the power pair or not.

How will the defensive system hold up in a real game?

If you haven’t heard by now, Bruce Cassidy has completely changed the way the Golden Knights plan on defending in the defensive zone. The new system calls for a hybrid zone where defensemen do not chase puck carriers out to the blue lines and the center is much more responsible for protecting the low slot than helping to recover pucks along the walls.

In the preseason, the Golden Knights had runs of success with the new system, holding multiple opponents to two or fewer high-danger chances in a period, but also extended periods of poor play including against the San Jose Sharks in which they allowed 14 high-danger chances in the 2nd period after seven in the 1st.

It’s clear the Golden Knights all understand the system and know how to play it effectively, but in a 60 minute NHL game, there will undoubtedly be moments they have not seen yet and won’t be quite sure how to deal with as a unit. Plus, the intricacies that have led to Cassidy’s Bruins being at or near the top of the league defensively are not second nature to the Golden Knights yet. The question becomes whether or not these inevitable breakdowns lead to goals or just chances, and then if VGK can correct the mistakes to avoid them from repeating themselves.

The first game of a season is always exciting, but the first one under a new coach for a team with Stanley Cup aspirations that missed the playoffs last year? That’s about as good as it gets for early regular season hockey.