If you’re a sports fan, you know about Bobby Thomson’s “Shot Heard ‘Round the World”… okay millennials, here’s the video.

Across the country, morning newspapers led with Thomson’s historic moment. Which brings us to this widely known column printed the day after the series-clinching dinger. It’s been called the “greatest lede ever written.” It was penned in 1951, but it might as well have been written in 2018.

Now it is done. Now the story ends. And there is no way to tell it. The art of fiction is dead. Reality has strangled invention. Only the utterly impossible, the inexpressibly fantastic, can ever be plausible again.- Red Smith, NY Herald Tribune, October 4, 1951 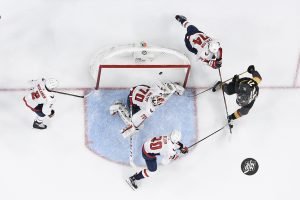 To further the story, Thomson’s Giants ended up losing the World Series to the Yankees but the “Shot Heard ‘Round the World” is what most fans remember. It’s constantly considered one of the best moments in baseball history, and Thomson’s team lost in the finals. Sound familiar?

Sure, NHL fans will remember the Washington Capitals hoisting their first Stanley Cup, but fans of all sports will never forget about Vegas’ remarkable season. If 82 games could be squished into one inning, the Golden Knights are undoubtedly one of the greatest stories in NHL history. 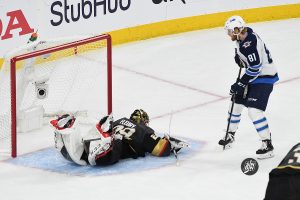 Maybe there isn’t one “Shot Heard ‘Round the World” moment, but why stop at one? Vegas had an entire season of history.

Move over Thomson, make some room.