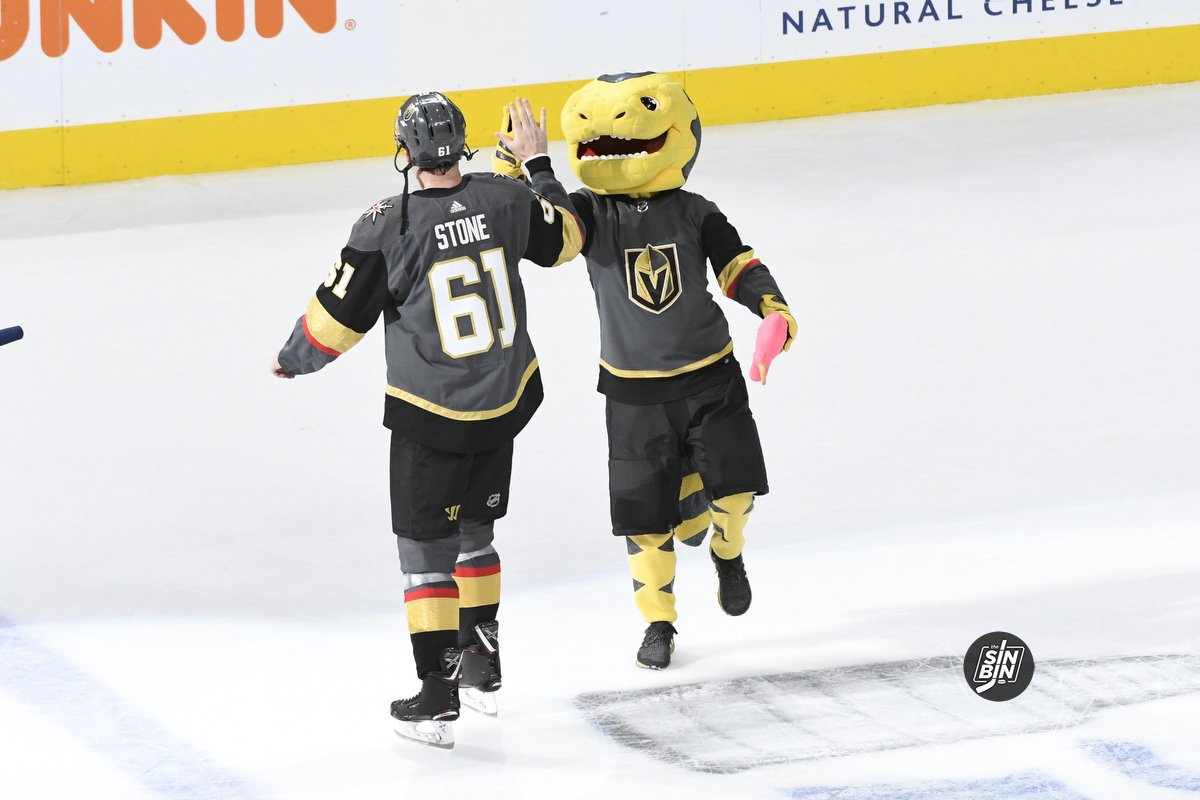 There hasn’t been much for Golden Knights fans to complain about this season. Their favorite team is currently in first place, and have the second most standing points in the league. Overall, it’s been an outstanding 2021 campaign for Vegas. However, it’s understandable if last night’s stumble against the Wild concerned some VGK faithful.

Sometimes it’s a blessing this happens now before the playoffs that you can take a look at things, players, goalies so we can see what we need to sharpen up -Robin Lehner

The Wild weren’t the better team last night, nor were they ever in control of the game. None of that mattered. In the end, the team that played 60 minutes won and walked away with an important late-season victory. It wasn’t just about the Wild picking up two points, it was also the opportunity to steal them away from the Golden Knights.

In a race like this it’s huge to deny them points. -Nick Bonino, Wild forward

Minnesota understands the likelihood of facing either Vegas, Colorado, or both to advance to the final four. It’s possible the Golden Knights will have a similar path if they don’t secure first place in the division. There’s no argument which roster is more equipped to win now, but facing Minnesota in the first round is a risk the Golden Knights would rather avoid.

The rosters or the way they play isn’t a mismatch, it’s just a team is in another team’s head mentally and for us you’ve got to fight through that. -Pete DeBoer

The biggest area of concern was the Golden Knights’ inability to finish off a two-goal 3rd period lead. Last night Minnesota severely outmatched Vegas’ intensity in the 3rd. Team defense and goaltending weren’t at their best but we’ve seen DeBoer’s club adjust and win despite sloppy play in their own zone. In a long series, the Golden Knights’ size and strength alone could wear down the Wild regardless of which end the puck is in.

Surprisingly, Minnesota physically fought back and it clearly bothered the Golden Knights. After the game, captain Mark Stone mentioned getting Ryan Reaves back from injury to further intimidate the Wild.

It’d be nice to have Reavo back. I don’t think there’d be as much chirping if 75 was out there. -Mark Stone

Much like the next game after a playoff loss, Vegas will respond. However, they can’t let up until the game clock expires. Or else that pesky Wild team will make life a living hell for two weeks starting in late May.