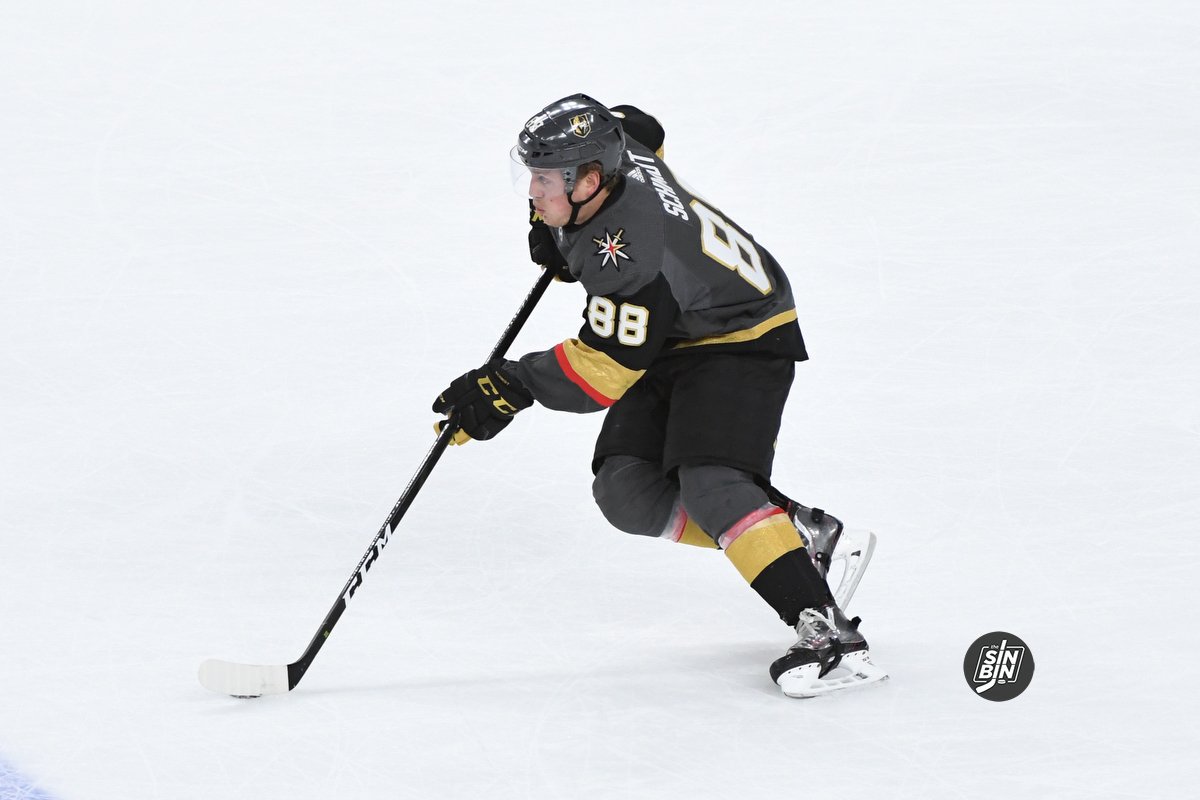 It feels like just yesterday Ken and I were digging up interviews and stories about all the players the Golden Knights selected in the Expansion Draft. That’s when we first discovered the personality of Nate Schmidt. We instantly declared “Nate Schmidt’s going to be your favorite player, you just don’t know it yet.”

Even though we’re watching Alex Pietrangelo suit up in a Golden Knights jersey day in and day out in camp, it’s still tough to see videos of Schmidt somewhere else. We always knew it would be the case, but Schmidt is already making an impact in Vancouver.

He looks comfortable. His skating has jumped out to me the first couple of days. It’s been very much as advertised for Nate Schmidt.-Jeff Paterson, TSN Vancouver on TSN 1040

Vegas fans knew what Vancouver was getting when they acquired Schmidt this offseason. A reliable defender with the ability to pitch in offensively and a whale of a personality. The Canucks are seeing it in person and the reviews have been high.

The Canucks got better when the Golden Knights front office made the tough decision to move #88. Not only will Schmidt boost the blueline but he’ll add some veteran presence surrounding emerging star Quinn Hughes.

Not quite at Quinn Hughes level, not many are in terms of generating offense but this guy doesn’t miss an opportunity with his skating to jump up into the rush. He loves to be the trailer, loves to add another layer of attack. –Paterson, TSN Vancouver on TSN 1040

Schmidt may already be Vancouver’s most versatile blueliner. The Canucks get a player under the age of 30 that can manage heavy minutes, play on both sides of a d-pair and help out on both special teams.

With the free agent signing of Alex Pietrangelo, perhaps Schmidt was replaceable in the Golden Knights lineup but it wasn’t for his lack of ability. His consistency on and off the ice will be missed in Vegas, and Vancouver will gladly take advantage of the loss.

In cases where they’re trailing maybe you really load up and go with the rocket booster of Schmidt and Hughes together. I think you’ll see that if the Canucks are trailing and had to generate some offense. –Paterson, TSN Vancouver on TSN 1040

As The Creator joked on Vegas Hockey Hotline back in October, it’ll be nice not to face the Canucks or Schmidt this season.

Yeah, but they’re going to be in the Canadian division. –The Creator on Vegas Hockey Hotline

Or else Vegas fans might be in a temporary conundrum.