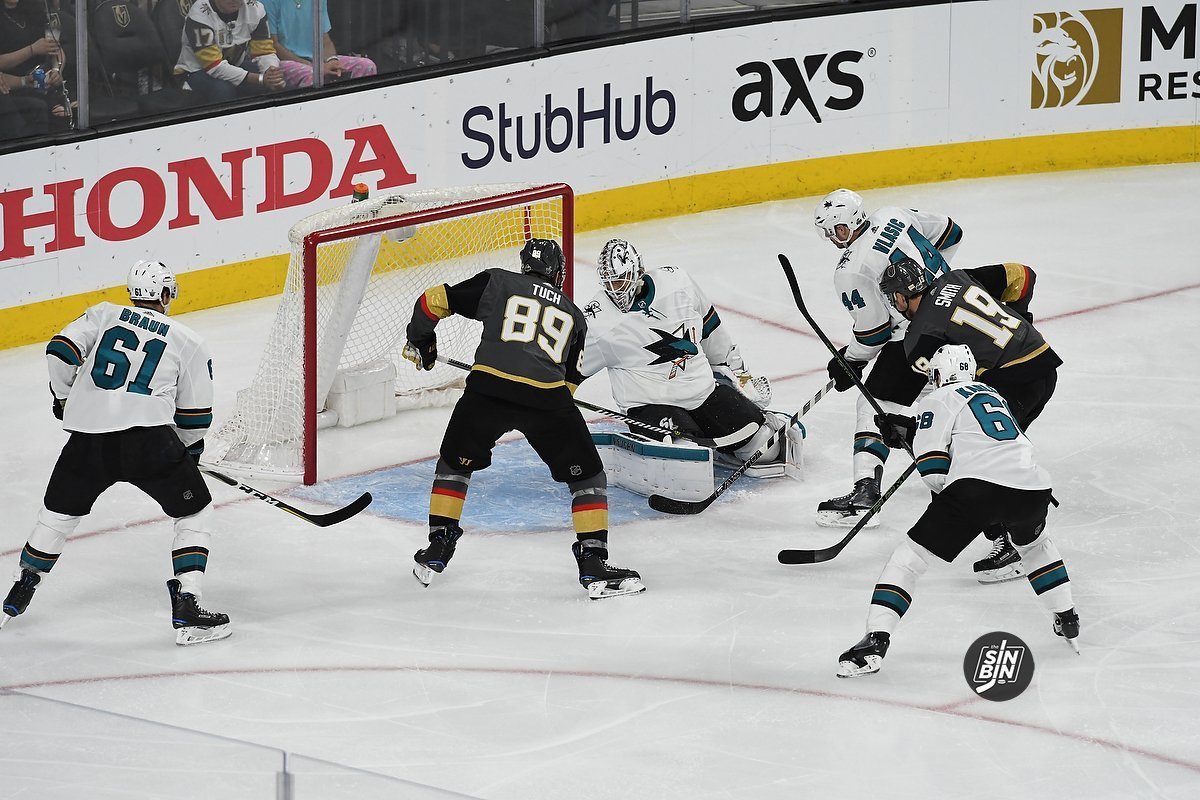 If the Golden Knights were to achieve the pipe dream of getting into 2nd place, they probably needed to win in Calgary last night. However, even had that happened, the chances of Vegas going on to not only pass the Flames, but also the Sharks, is about as likely as the Golden Knights giving out a detailed injury report.

So, it’s become fairly clear that Vegas’ opponent in the first round will be the Pacific Division runner-up, either Calgary or San Jose.

The Golden Knights have completed their regular season slate against the Flames going 2-2-0 winning the home ones and dropping the away games. Of course, it should be noted that both games Vegas played in Calgary were on the back-end up back-to-backs and Marc-Andre Fleury did not start either.

As for the Sharks, Vegas is 1-1-0 with two road games to play. The Golden Knights dominated San Jose in the first meeting 6-0 before blowing a two-goal lead to lose the second matchup. The next two are on March 18th and 30th.

The question is, which team would Vegas rather play first. Naturally, it shouldn’t matter as the Golden Knights are likely to have to beat both of them to make it back to the Western Conference Final, but still, it’s an interesting debate as the Sharks and Flames go back and forth with the division lead.

Here’s a quick rundown of the two teams and how they stack up against the Golden Knights.

Obviously the two games in San Jose have a chance to change this opinion, but personally, I’d rather see Calgary first. Vegas is better at a lot of the key advanced stats like shots for, Corsi, and scoring chances. There’s also a glaring number on the board that I believe would crop up in a big way in a playoff series and that’s giveaways and takeaways.

Especially with the addition of Mark Stone, who is a takeaway machine, the Golden Knights should feast on the Flames’ 13.8 giveaways per game. It should feed the transition game and help Vegas get over their streakiness offensively.

Plus, while the goalie matchup favors the Golden Knights either way, the bigger edge would be against Calgary. David Rittich has never played in a playoff game and Mike Smith has only 19 under his belt and not a single appearance since 2012.

The Golden Knights have only won once in Calgary, but they’ve also been in odd situations almost every time they’ve gone up there. As mentioned, the back-to-backs this year, and last year’s 7-1 drubbing came in the final game of the regular season a week after Vegas had already clinched the division.

The only caveat that makes me consider San Jose would be the health of Erik Karlsson. He’s likely going to try and come back to start the playoffs, but he may not be fully healthy until the 2nd round. On the flip side, he might come back and end up out again. So, let’s throw that one out the window.

All in all, give me Calgary first, and we’ll worry about San Jose second.

What say you? (We have a comments section for this very reason.)