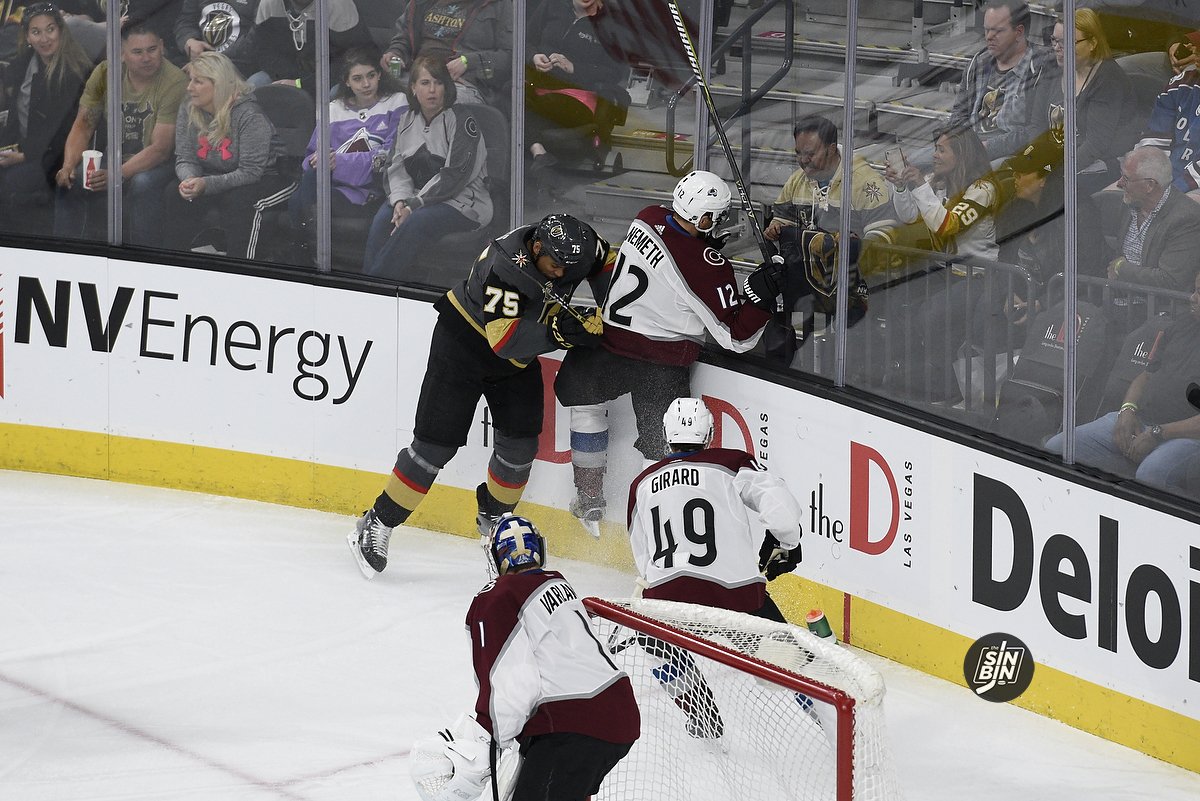 Former Golden Knight David Perron didn’t hold back on Saturday after the Blues loss in overtime. Perron made some scathing remarks about Vegas’ physicality, suggesting they stepped over the line.

You don’t like to see some of that extra stuff they do. One to our captain, I thought that was bullshit to be honest with you. That’s how I see it… Now we know what to expect. We’ve played them enough already. I see a lot of games of them. I really appreciate a lot of the stuff they do. I like their coaches, the organization, everything. But I didn’t like that (stuff on Alex Pietrangelo). -David Perron, Blues forward

Perron was clearly upset with some of the after whistle scrums, which in his eyes, were created by Vegas. One in particular involving Ryan Reaves and St. Louis captain Alex Pietrangelo.

Everybody saw what happened. I didn’t even start it. I just stopped in front of the net Petro (Alex Pietrangelo) tried to move me. He’s not going to move me. -Ryan Reaves

By now, most of us understand and appreciate Reaves’ role. If a player wants to get face-to-face, no matter who it is, #75 isn’t backing down. Pietrangelo happens to be an important player for St. Louis which is why Perron took umbrage. To Reaves, an opponent is just another opponent.

Hats off to Petro (Pietrangelo) for standing in there. You look at that situation, Petro stands up and tries to get to get me from out in front of the net.-Reaves

Pietrangelo got nicked up during his scrum with Reaves. On Monday, he sounded off.

I was just trying to take care of business. He was standing in front of our goalie. But I’ll tell you: It’s the first time I’ve ever been scratched in the eye before… I’m OK with getting into a scrum, but I’m not too fond of being scratched. Maybe that’s his new way, I don’t know. -Alex Pietrangelo, Blues defenseman

While the Blues players were publicly ticked off, Reaves pointed out their coach Craig Berube didn’t see any problem with how he played.

Berube wasn’t surprised or upset with Reaves’ physical nature. He was more frustrated that his team couldn’t match it.

It’s the game, it’s hockey sometimes. (Reaves) plays a hard game. He’s gonna do things like that sometimes, I guess. I don’t know what you want me to say. That’s part of his game and he tries to get guys off their game. He plays a heavy game. -Craig Berube, Blues coach

As Golden Knights fans remember from the 2017-18 season, Perron isn’t a saint. In fact, fans loved when he would pester other teams. His incident with Max Pacioretty was a great example of how Perron can be an agitator.

That’s just Perry being Perry. Patcho (Pacioretty) has him and he’s grabbing his leg in a turtle shell on the ice. It doesn’t surprise me, that’s just how he is. He should take a page out of his captain’s book.-Reaves

Being a pest can be effective, but that doesn’t mean it has to be respected.