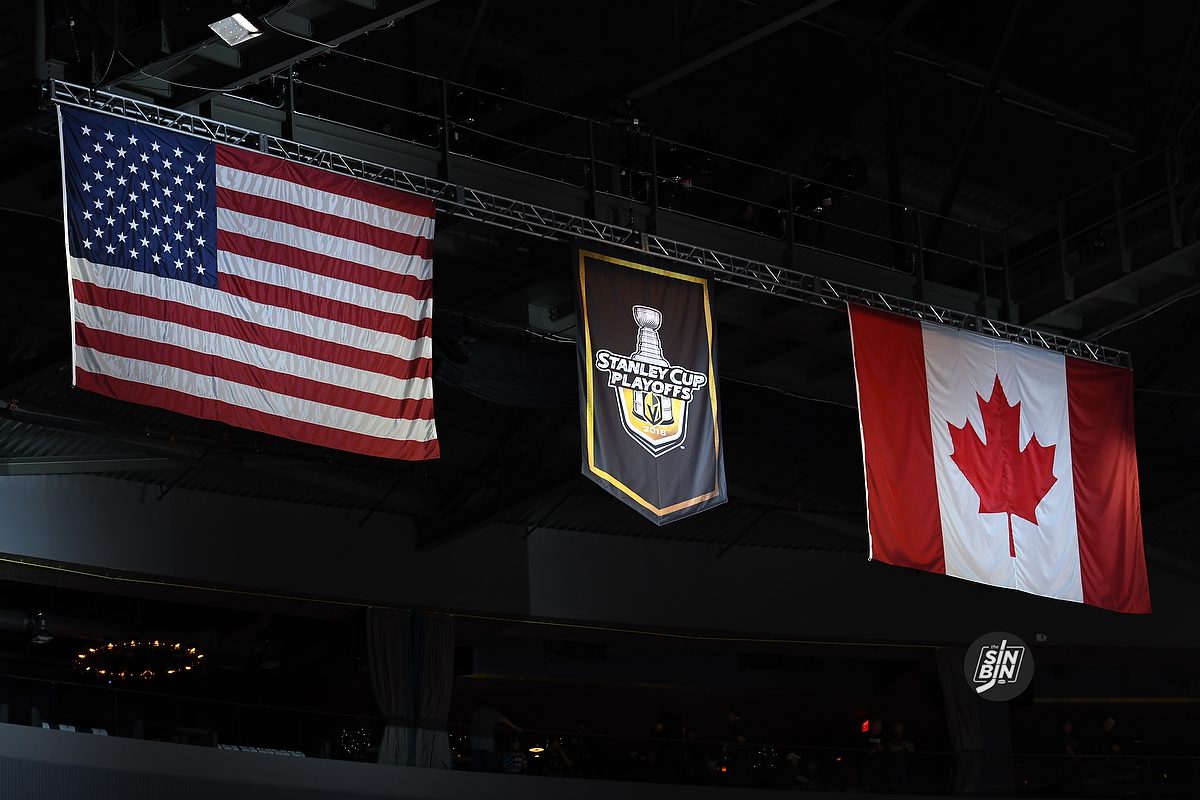 For the first time since the NHL went to seven game series in the first round, two teams scheduled to match up with each other swept their first round series. Vegas swept Los Angeles concluding their series on April 17th while the Sharks dispatched Anaheim wrapping up on April 18th.

The NHL schedule has round one set to come to an end on April 25th with four potential Game 7’s scheduled. Three are Eastern Conference series and the fourth is Minnesota and Winnipeg.

Thus, the following day, Thursday, April 26th, appears to be the most likely date for the Golden Knights to play the first game of the second round at T-Mobile Arena. However, there is precedent to move it up.

In 2016 the Predators/Ducks series went to Game 7 at Honda Center in Anaheim. Meanwhile, in the Eastern Conference, the Islanders had won in six and the Lightning in five. The NHL scheduled New York/Tampa Bay the same day as the Game 7 in Anaheim and actually dropped the puck on Game 1 in Tampa before Game 7 in Anaheim. Thus, the NHL has shown a willingness to begin a second round before the complete conclusion of the first round. However, over the past eight seasons, this is the only instance of this occurring.

Let’s throw in one more wrinkle too. Tuesday, April 24th currently has a pair of potential Game 7’s on the schedule, Nashville/Colorado and Pittsburgh/Philadelphia. Both top seeds lead the series 3-1 heading home for a Game 5. In the event both series are wrapped up in five or six, that would leave the 24th idle. It’s not unheard of for the league to have an off day, but they’d probably prefer to avoid it if possible.

Enter Vegas and San Jose. Both teams are looking at at least five full off days and would certainly prefer extra days rest in between games rather than before the series begins. T-Mobile Arena is wide open throughout the entirety of round two, but the SAP Center is a different story. The Sharks building has events on May 4th, 7th, 8th, 10th, 12th, and 13th. Plus, the San Jose Barracuda, who also use SAP Center are in the playoffs and would likely need to eat (that’s a pun) up a few days as well. An earlier start to the series gives the league more flexibility to work around SAP Center’s cramped calendar.

So what does it all mean? Well, we haven’t the slightest clue. All we can say is that the series can reasonably start on April 24th, 25th, or 26th. The 26th still seems the most likely, but we are far from as confident about this one as we were the start dates of round one.