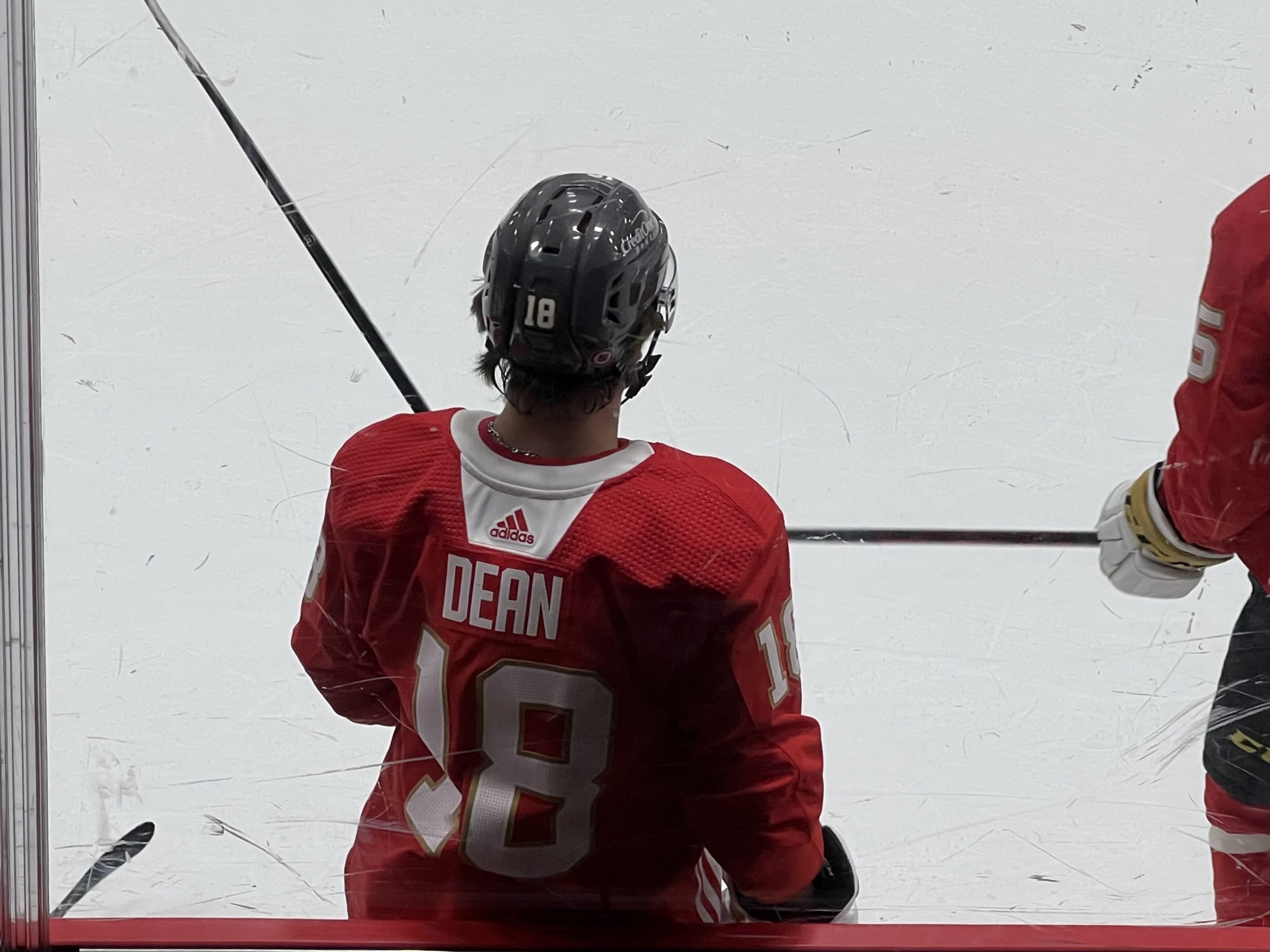 New coach, new system. That will be the main focus of the Golden Knights training camp when it opens next week. It’s not just the NHL-level players that are being drilled on the ins and outs of how Bruce Cassidy likes his teams to play hockey though. The Golden Knights plan on running the system as soon as in the rookie games in San Jose this weekend.

You’re not going to see his system midseason form, just like you probably won’t see that in the first or second exhibition game, it’s going to take some time and reps. But yes we are trying to implement some of the teaching points and some of the language he uses. We’re going to try to implement it as much as we can without it being too much. -Wil Nichol, Director of Player Development

The Golden Knights rookies, including first round picks Brendan Brisson and Zach Dean, and a few other NHL hopefuls like Kaedan Korczak and Ivan Morozov will play three games this weekend at the Sharks’ brand new practice facility.

There’s a new system, so we needed to go over that. Especially for the guys who will more on to the main camp, we kind of need to know the system, so there was a lot of learning today. -Zach Dean

Cassidy’s system calls for keeping pucks to the outside, limiting high danger chances, and making zone entries difficult by stacking the blue line. Also, the hybrid zone defense is a bit of a change from the high-pressure overload style the Golden Knights are used to. But, both Nichol and Dean said it’s not a radical change from what they have been doing.

In the end, it’s hockey. You have the system, but you have to read the play as well. It’s not overly different, it’s a little bit, but you still have to play hockey and read the play. -Dean

Things like pressure points, where you pressure and where you don’t are the main difference. -Nichol

Typically, rookie games are a bit frantic, so it’s likely not going to be the best indicator of exactly how the systems will look when they are operating at peak form. Nonetheless, it is the first opportunity to start seeing some of the differences and keeping an eye on how VGK’s future adapts to them.