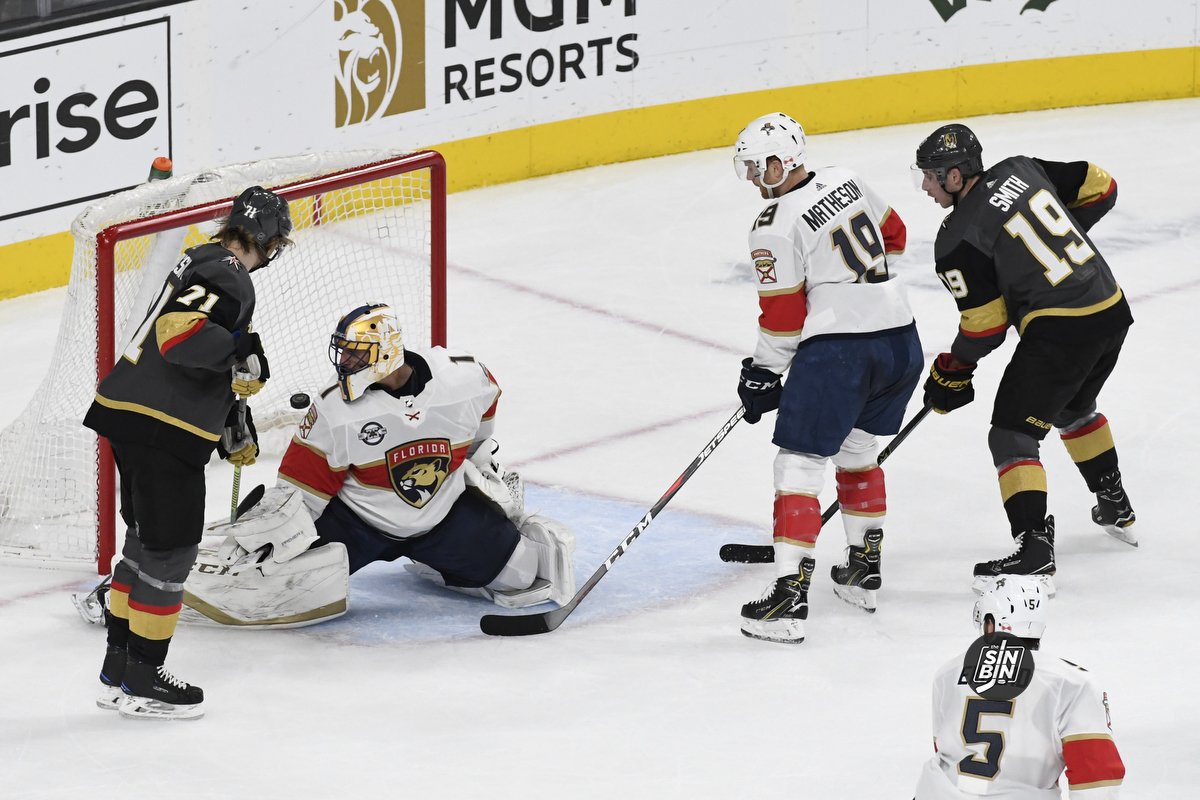 Last year there wasn’t a question who the hunted was. The Golden Knights sat comfortably in first place for most of the season. Technically, Vegas was the hunted… but not really. Up until the postseason, there weren’t many times that another Pacific Division team threatened Vegas’ throne. This season the roles have reversed and the hunter resides in Nevada.

Yeah I guess it is a little bit different. We were surprised. I think we had a lot of games where teams maybe took us lightly and didn’t know what to expect. This year we’ve earned their respect and teams know how we play. -Brayden McNabb

This season Vegas is chasing Calgary and San Jose, and find themselves fighting their way to get back in the race. Which was why Wednesday’s victory in a playoff preview against the Flames was a big mental victory. The Golden Knights know every night they’re going to face a team’s best effort, so it was a motivating win against a top team like Calgary.

I think we’re noticing it from pretty much every team. A lot of teams came in last year and didn’t expect much playing against us. This year teams are coming in with a little more urgency. They’re ready for us. -Reilly Smith

Calgary is close to Vegas’ point total pace from a season ago, but their lead is nowhere near the cushion the Golden Knights had back on March 9th, 2018. Thus making it much more difficult for the Flames to win the Pacific Division this season.

The question is, will it matter?

I don’t think so. Last year we had such a great regular season so it put us in a great spot. We’re not in the same position we were last season. This season we’re still doing well. -Smith

Of course, McNabb won’t count out taking a run at back to back Pacific crowns, but the team is well aware of its chances.

You don’t really want to have that thought. You still want to catch them and play your best. But it really doesn’t matter to us. We’re trying to wrap up our game. -McNabb

Will things be easier this postseason without the #1 seed target on their back? Keep in mind the West didn’t make it too difficult for Vegas in the postseason, so being the prey never bothered the Misfits until the Stanley Cup final.

It’s different but I think we’ve done a good job. This year is more like any other year a team is going to have. You know there was a bunch of adversity but we handled it well. -McNabb

Could being on top effect Calgary? Or San Jose? One thing is for sure, whichever team beats the other for the division title will have infinitely more pressure than the Golden Knights did. It’s an expansion thing.