It’s a story that will continue to dominate the Golden Knights landscape, and one that will only get more and more complicated as the team starts to win and lose games in the playoffs.

Currently, Lehner’s the 15th ranked goalie against the salary cap, but with a pair of stellar seasons in tow and a deadline that saw him fetch a 2nd round pick plus prospects as a rental, the pending UFA is likely destined for the Top 10 when he inks his next contract. 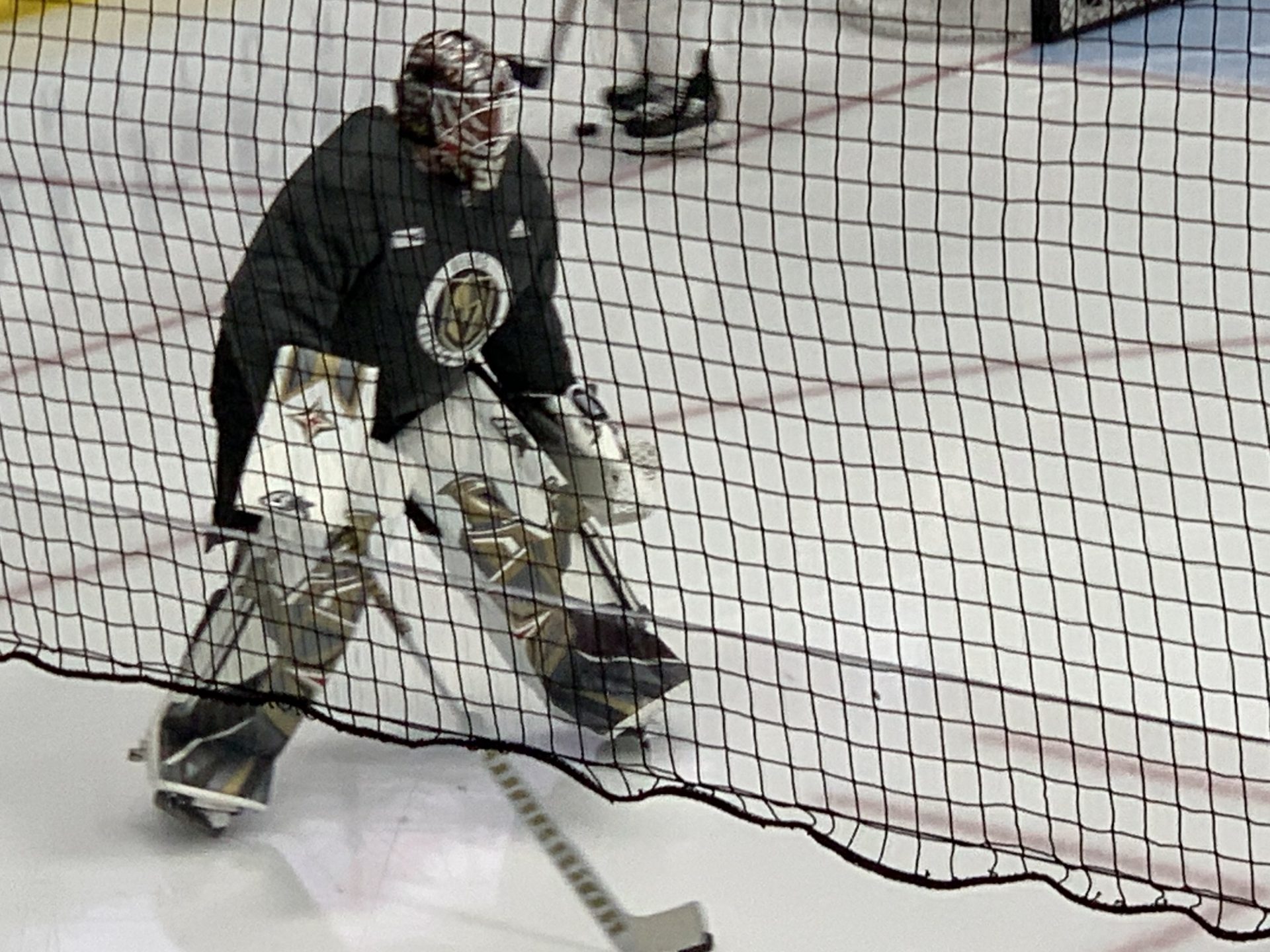 This past offseason Lehner signed a $5 million, one-year deal with Chicago and that number essentially represents the average salary for starting goalie in the NHL. The good news for Lehner is that he’s been well above average.

To illustrate where Lehner’s next contract may land, whether with the Golden Knights or elsewhere, I’ve taken a look at the most recent goalie contracts, many of which have been signed since the beginning of the pandemic. There have been eight goalies signed since Lehner inked his one-year $5 million deal with the Blackhawks on July 1, 2019. Here are the closest comps to Lehner.

The most recent major goalie contract to be signed in the NHL was that of the inexperienced Latvian, Elvis Merzlikins. He’s spent the majority of his professional career in Switzerland but came to the NHL this season and lit it up. Originally a 3rd round draft pick, Merzlikins signed and quickly burned his entry-level deal, then took a one-year $1.8M deal last year. He played in 33 games, winning just 13 but posting a stellar .923 save percentage and 2.35 goals against average.

The biggest difference between Merlikins and Lehner is proof. Lehner’s numbers over the past two seasons are similar (actually a bit better) than Merlikins’ and he’s done it with three different teams. Lehner should easily make more than a goalie with just a handful of games in the NHL and just a few years age difference. Comp: Lehner +++

Kuemper is older than Lehner but has not played as many games over the course of his career. 2018-19 was a breakout year at the age of 29 for Kuemper as he placed 5th in Vezina voting (Lehner was 3rd) and nearly single-handedly willed the Coyotes into the playoffs. That being said, his numbers in his best season are fairly similar to what Lehner produces most years and come up quite short of what Lehner did in his best.

Kuemper was good again this season and appears to be a solid long-term option for the Coyotes. His contract is for just two years which is one of the reasons why the AAV is a bit on the lower side. Hitting free agency again in a few years will be beneficial for Kuemper if he continues his solid play. Lehner has done it longer, done it better, and is a few years younger. He has to make more than Kuemper. Comp: Lehner ++

Despite being robbed of multiple awards in his incredible rookie season, Binnington was able to cash in this past offseason with a solid contract for a player with such minimal history in the NHL. Inside of his Cup-winning season, he spent time in the ECHL, and it wasn’t until late in the 2018-19 season that he eclipsed $1 million in total career earnings.

Obviously, Lehner does not have the postseason success of Binnington, but there’s no reason to believe Lehner isn’t the safer option over Binnington considering history. When the contract was signed, Binnington had played just 33 regular season games. Binnington’s contract is also short-term setting him up for the mega payday in a few years if he continues to prove his worth. They are vastly different situations, but based on history, Lehner should cash in more than Binnington recently did. Comp: Lehner +

Here’s the first goalie on the list that’s unequivocally worth more than Lehner. At age 25, Vasilevskiy has a Vezina in his trophy case, beating out Lehner, and came in 3rd in 2017-18. He had won 83 games in 117 starts when he signed the contract and he’s been arguably the best goalie in the NHL for the past three seasons.

The $9.5M number is one Lehner should not be in line for, but when comparing accomplishments in the past two seasons, Lehner is much closer to Vasilevskiy than he is Kuemper or Merlikins who both signed for around $4M. It’s probably fair to say he should land directly in the middle of them. Comp: Vasilevskiy++

Finally, the best comparison for Lehner’s next contract is the one he just signed about a year ago. Following a dominant season in New York, Lehner ended up signing a one-year “prove-it” deal with the Blackhawks worth $5 million. Since, he was excellent in Chicago, was traded as a rental for a package including a 2nd round pick, and he still has a postseason to play.

His value absolutely has risen since the previous contract with another solid year under his belt. Plus, he now has the added bonus of saying he’s succeeded with three different teams inside of two seasons, making him even more attractive to his third team or a potential fourth team. As a player that’s never really had stability since reaching the NHL, it’s fair to wonder if he’ll take a little less money for a longer term, but it almost seems unreasonable to expect him to make less than he did when he proved it on his “prove-it” deal. Comp: Lehner+

Conclusion: Based on the comparable contracts signed in the past 12 months, there’s absolutely no reason Robin Lehner should be paid less than $4 million no matter the length of the term. His true market value places him somewhere in the neighborhood of $6-7 million which would place him as about the 8th or 9th highest paid goalie in the NHL.