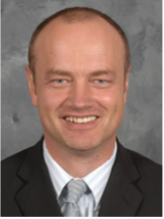 Drop The Gloves: Eye Test Can’t Be The Ultimate Decider

The Jimmy Vesey Sweepstakes: Does It Have Any Impact On Vegas?