Reaves Moves On From Bad Calls 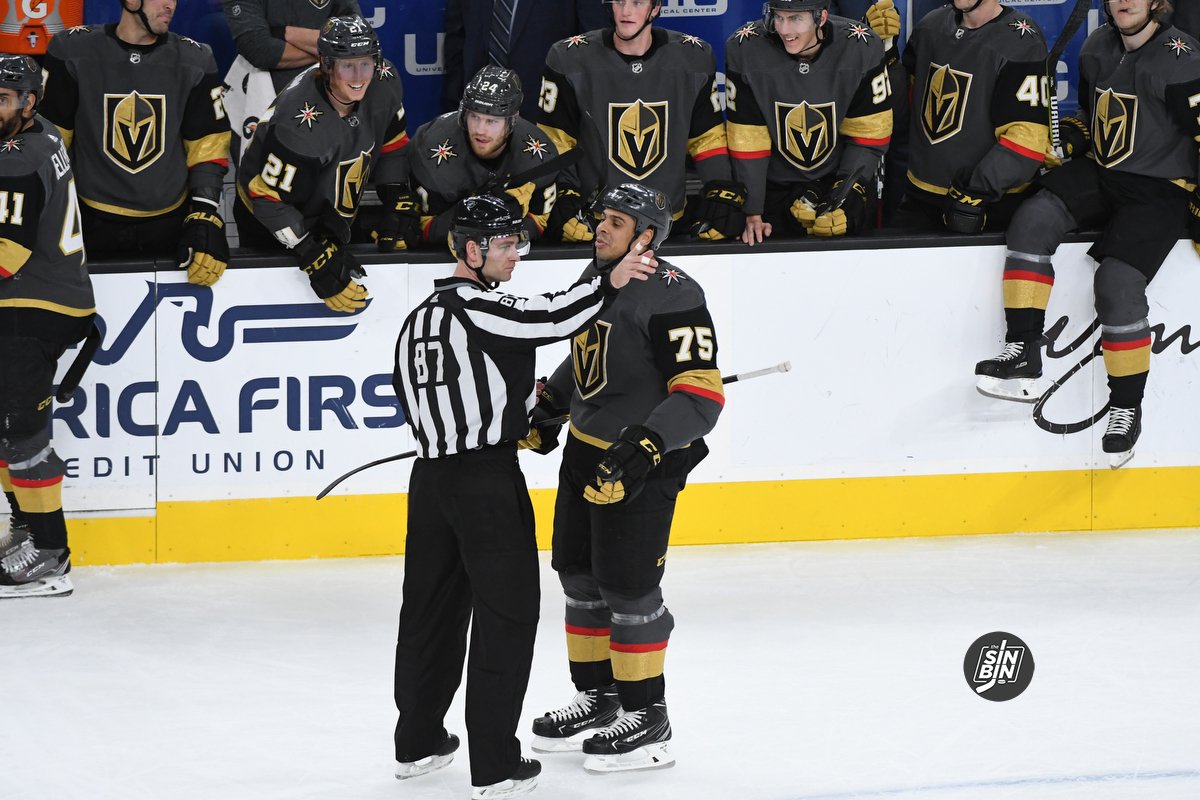 No NHL player enjoys being called for a penalty. It puts their team at a disadvantage and could change the momentum of a game. While it’s frustrating for players to skate over to the box, inevitably minors and double minors are going to happen. It’s just how a physical game like hockey plays out.

It’s definitely frustrating because I pride myself on being a guy that leads the league in hits and I don’t take a lot of minor penalties. Especially, off of my hits. -Ryan Reaves

A few weeks before the break, Reaves was whistled for a tripping call that even the biggest Reaves detractors agreed was a terrible call by the officials. Not only was it a clean hit, but it also took a referee a few seconds to stop the game and lead Reaves to the penalty box. The bruising forward was livid and refused to listen to the ref’s explanation. Normally, a customary thing officials do after the whistle. This time around Reaves wasn’t having it.

I don’t think that was really a conversation at the time because I was a little fired up. I wasn’t too happy so the refs weren’t really talking to me. -Reaves

There’s a certain reputation Reaves carries around with him, and it’s only human nature for referees to lean towards calls against him. However, as he’ll constantly remind you, he’s been suspended once in 632 games.

Has he taken it over the edge a little bit? Sure, but some will note Tom Wilson is fair game. Either way, the tripping call against Reaves on January 2nd against Philadelphia was neither a vendetta or a response to a prior incident. It seemed like a routine check that resulted in a tough fall for the opponent. It was an unfortunate hit that resulted in an official away from the puck to whistle the play dead and toss Reaves out for two minutes. That didn’t sit well.

That hit, he sees me coming and jumps up. When you jump and get hit along the boards all of a sudden your leverage and momentum is going different way. You are going to fall awkwardly. I think the ref reacted to the bench a little too much. You definitely saw my frustration. -Reaves

Reaves’ hit on Philadelphia’s Philippe Myers was an instance that most agree was an incorrect call. It didn’t matter, it bothered the 10-year veteran that his teammates were forced to kill the penalty on his behalf.

I pride myself on hitting clean. I’ve had multiple refs come up to me and say ‘thanks for pulling up there. You could of buried the guy and you pulled up. Thanks for that.’ Part of the reason why I’ve been able to stay in the league is I don’t put the team down. -Reaves

Would anyone in the league dispute Reaves is one of, if not the most intimidating player in the NHL? No, but being a physical force comes with responsibilities. Sending messages with his body is one thing but taking opportunities away from his team is a line he cannot cross. Reaves has taken 11 minor penalties this season, tied for 5th most on the team. However, he’s drawn 10, the 6th most on the team (many coming from offsetting minors).

Even if I take a bad hit or a bad penalty, I never let it effect my game. Things happen in hockey where your in a tough position and you take a penalty. Maybe it’s not a great penalty but you can’t allow that to effect your game, because then you just won’t be playing your game. -Reaves

As a result, #75 is a mainstay in the Golden Knights lineup helping add that protective force every team needs. Especially, from their depth lines. For the big fella to be effective he has to keep his team at even-strength, and also continue to play the role he’s paid handsomely for. If he allows penalties to eat at him his impact could slip. Can’t imagine he’ll ever allow pipsqueak officials to get into his head.