Reaves Brewing A Beer That Will Knock You Out 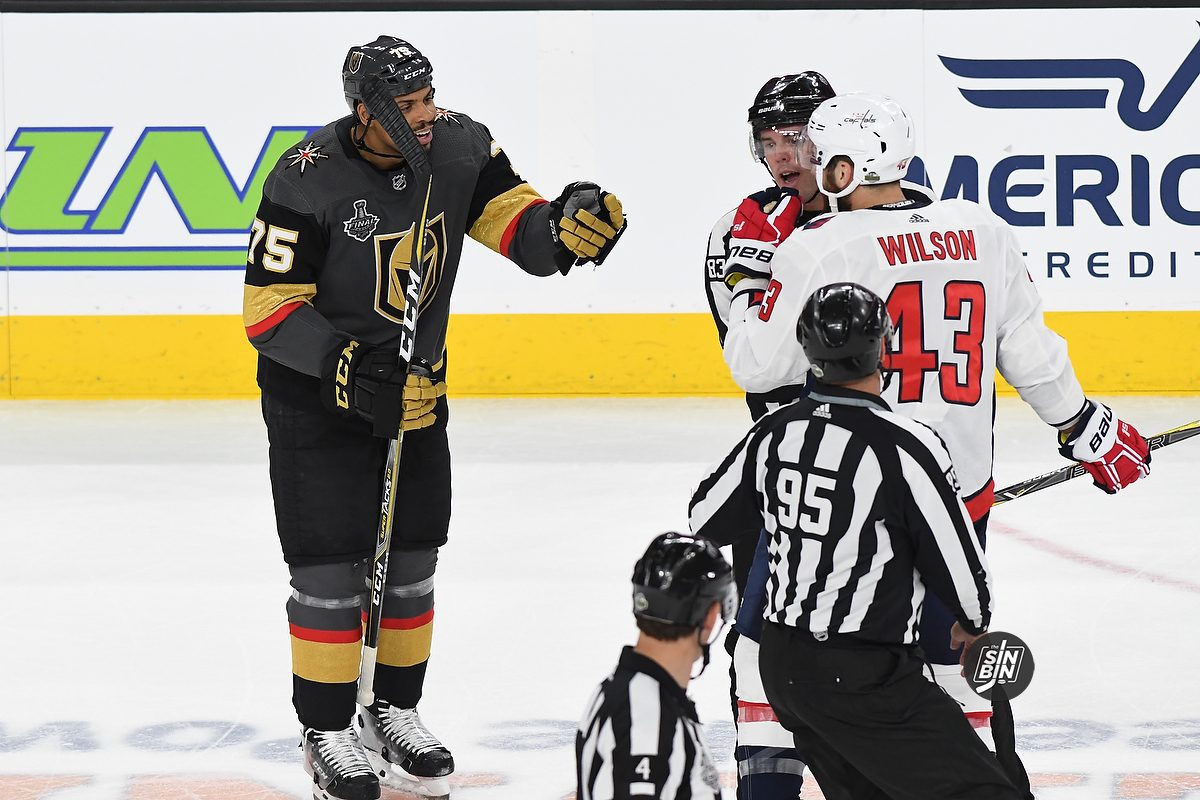 “Would you like a pint of Grim Reaver, Mr. Wilson?” (Photo Credit: SinBin.vegas Photographer Brandon Andreasen)

As if Golden Knights forward Ryan Reaves needs to prove his manhood anymore, he’s going out and showing up most men yet again.

I’m starting up a little beer company and see how it goes. It started a little in St. Louis, I called it the Grim Reaver. It did pretty well in St. Louis…”- Ryan Reaves on Spittin’ Chiclets Podcast

In the city where Budweiser is brewed, Reaves’ Grim Reaver was rated 3.8 out of 5. Not bad. His namesake IPA was described as “offering big, juicy grapefruit and citrus notes.” You might say the Vegas power forward knows a thing or two about beer.

Hopefully, everyone doesn’t think I’m an alcoholic because I’m not. I like a nice beer and something to do after I’m done playing.-Reaves on Spittin’ Chiclets Podcast

I asked Reaves where things stood with his new Vegas brew.

It’s not being brewed yet, we’re still in the process of finding a deal with the right brewery. -Reaves

This probably won’t surprise you, Reaves is not drinking your everyday light beer. Oh no, he wants his custom suds to pack a powerful blow like his $2.75 million punch.

Stay tuned, Reaves told us he’ll keep the fans updated when and where his personalized ale will be available. We’ll make sure we’re on top of it every step of the way.

Huge thanks to my pal @rreaves75 for coming on @spittinchiclets for episode 110. Glad him and Torts patched things up. We also covered the Atlantic division for our season preview. Click here to listen -> https://t.co/kAVNTuk89l pic.twitter.com/VUS7Bu9OG6

If you love #75, you have to hear his interview with the guys on Spittin’ Chiclets. Reaves’ oversized personality made for a great listen as he talked about messing up at Blues training camp, beating up Paul Bissonnette (the host of the show), using Walmart luggage, not liking Tom Wilson, finding out he got traded to Vegas and loving every minute of it.