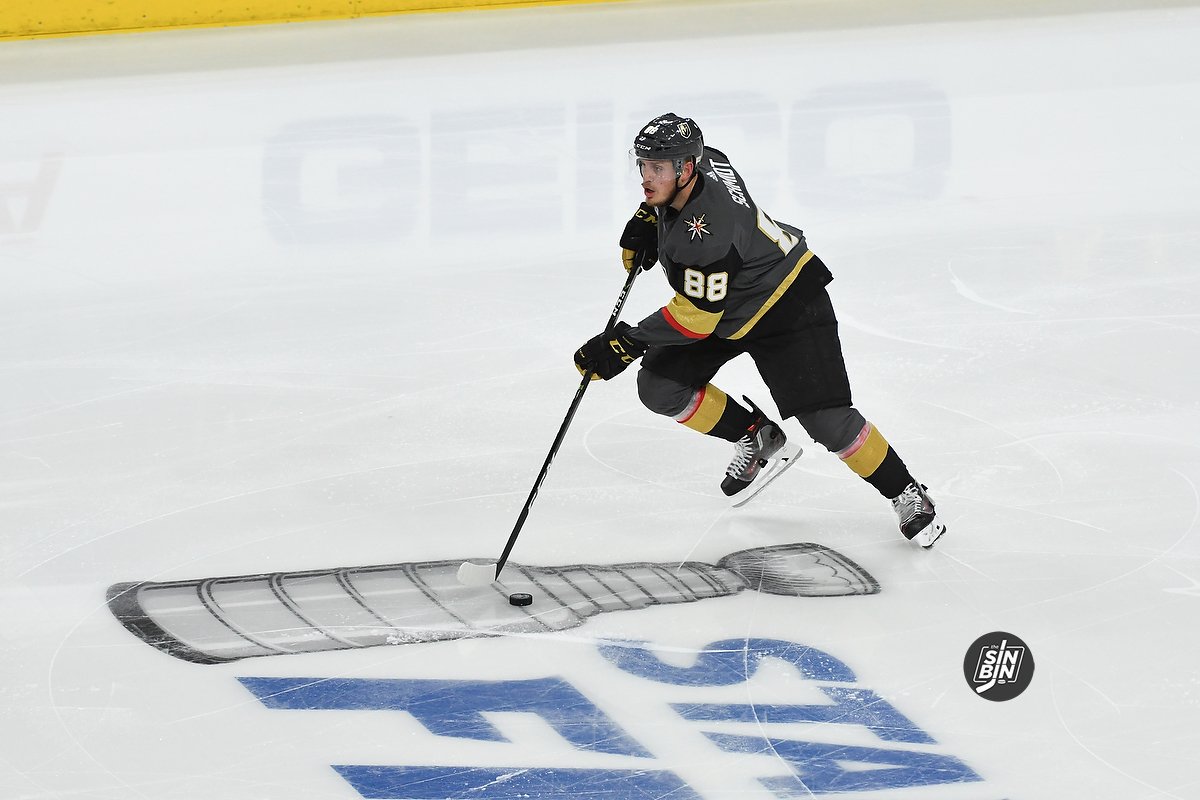 Schmidty has been nervous about this all week. -Reaves

As usual, Chiclets hosts Ryan Whitney and Paul Bissonnette loosened up their guests and the video chat turned to trash talk, inside jokes and small nuggets of information. The combination podcast/game-watch was close to an hour, and for a guy who doesn’t enjoy watching others play video games, it was very entertaining. Plus, there was one hilarious story involving former Golden Knights head coach Gerard Gallant.

The two teammates were asked about getting back to work, and if the team has gotten together at all during the pandemic. Reaves mentioned the entire team was in Las Vegas but they haven’t been able to see one another.

Yeah we’re all here, but no you can’t. Yeah but everything is opening up now. I don’t know what’s going to happen.-Reaves

While we assumed most, if not all of the Golden Knights stayed in Las Vegas, Reaves confirmed it. With players from all over the world, you have to wonder if the organization pleaded with the players to stay in town during the coronavirus lockdown or left it up to them. Either way, it makes it easier for the team to fully unite than if they had to wait for other teammates to self-quarantine.

Las Vegas as a potential NHL hub city came up in conversation, and it sure seems like the players know they won’t be getting any advantages.

I was thinking that would be quite a bit of an advantage for the Golden Knights considering they get to stay at home, but that’s not the case. -Paul Bissonnette

Yeah, we still have to go to the hotel and everything.-Reaves

And with no fans, yeah you’re pretty much in the same ballpark. Other than, would you then be able to see your family?-Bissonnette

No. I don’t think so. I think we’re in full lockdown.-Reaves

So it’s clear the Golden Knights have been told some directives regarding the league’s plan to return. With the concern of creating a disadvantage for the other teams, if Vegas is allowed to play in their home city, they really should be looking at it as if they’re on the road.

Schmidt even thinks this could be the toughest Stanley Cup to win for any team.

Don’t you think that if we start up again it’ll actually be even tougher because everyone’s healthy? -Schmidt

Schmidt’s theory has been floating around hockey media and it’s interesting to hear a player talk about how hard it’ll be to hoist the 2020 Stanley Cup.

Okay, okay enough burying the lead. Let’s get to the funniest moment of the entire webcast. Bissonnette and Whitney pushing Reaves to tell the story about the time he took a shot on net and lost the puck in the netting for a delay of game penalty.

In case you forgot, the Golden Knights were playing the New Jersey Devils in early January, 2019 when Reaves took a tripping penalty late in the game. After his penalty expired, he jumped back on the ice, scooped up the puck and launched a shot that landed high up in to the netting. He said it was one of the most embarrassing moments in his NHL career.

It’s a funny story, but Schmidt stole the mic and told it from his side.

Turk on the bench just looks at him and goes ‘What is that big dumb idiot doing?’ We all kind of looked at each other and he goes ‘What the fuck is going on out there? Why the hell is he even on the ice?’ Our assistant coach walks down and goes ‘He just came out of the box’, ‘What the fuck is he in the box for?’ -Schmidt

Schmidt also tells an extremely amusing story about being a rookie and getting heckled by referee Justin St. Pierre.

In the end, Reaves in Golden Knights road whites swept the best of three series from Schmidt. The forward got goals from six different players and even and empty-netter to seal game two. Reaves got goals from William Karlsson, Jon Merrill, Reilly Smith, linemate Tomas Nosek, two from Alex Tuch and three from Max Pacioretty. Which all four NHL’ers praised #67’s wicked snapshot.

Is Pacioretty’s snapshot like a complete joke?- Ryan Whitney

Schmidt couldn’t finish his thought because he scored the game-tying goal, forcing Reaves to punch some throw pillows. However, it wouldn’t be enough for the Golden Knights blueliner. In a losing effort, Schmidt scored two with Chandler Stephenson, and one from Paul Stastny, Pacioretty, and Tuch.

Overall it was an entertaining video chat to watch or listen to. Reaves and Schmidt traded barbs the entire time and let fans into their world for almost an hour. From playing Call of Duty together until 3am, or Schmidt’s house moving, and Reaves’ new passion for smoking and slow-cooking meat, it’s all in there. If anything, watching the two talk trash and play video games will keep you off social media for an hour, giving your brain a much-needed break from the current events.