Following their Western Conference Final loss, Pete DeBoer made a puzzling comment about his team’s mentality.

There’s no doubt that the last couple of games in the Vancouver series against Demko probably rattled our confidence a little bit. -DeBoer

DeBoer casually revealed one of the reasons Vegas struggled to score on Dallas was a rookie backup goaltender from a previous series living inside of his players’ heads.

We’ve heard coaches reference past series to account for injuries or even style of play differences, but I’m not sure I’ve ever heard one admit his team was psychologically fractured by an individual performance in a prior round. We applaud the honesty, but what is he saying about his team… or maybe even his own coaching job?

Another learning lesson for our guys at this time of year; fighting through, persevering, finding a way to get yourself out of a slump. Getting your confidence back quicker. -DeBoer 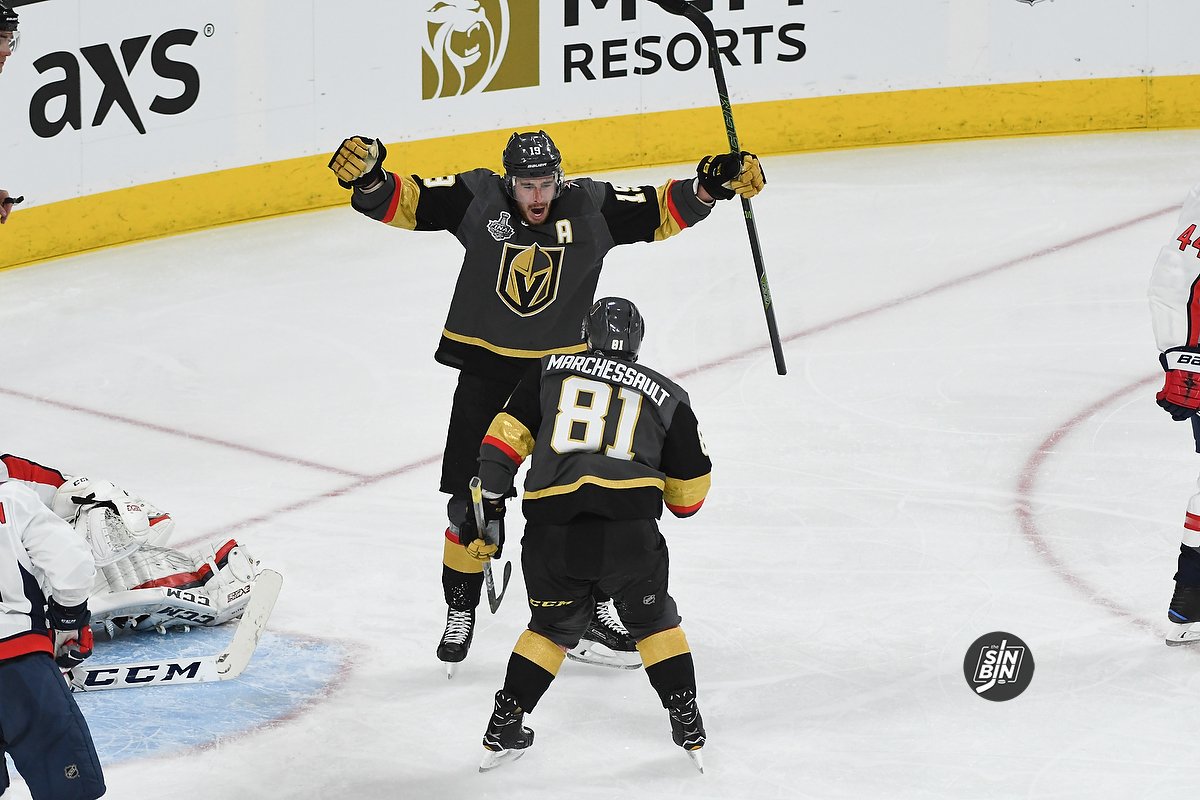 What happened to the mentality this team had?(Photo Credit: SinBin.vegas Photographer Brandon Andreasen)

These are all things the Golden Knights clearly did not do well inside of the bubble, that they must improve upon if they are to hoist the Cup in the future. But one has to wonder about the fragility of the locker room if they did indeed allow the ghost of Thatcher Demko to ruin their chances to win a completely new series.

What happened to “one game at a time?” To “I’m not worried about the offense?” To “the worst thing we can do is change?”

DeBoer seems to think all of that was rendered ineffective because his guys weren’t ever able to regain their confidence.

Honestly, up to that point I thought we were creating a ton of offense, we were scoring a lot of goals. It was never an issue… There really were no signs of it up until the end of the Vancouver series. -DeBoer

Then when there were “signs,” they couldn’t adapt and the stated reason is a lack of confidence due to a goalie in series past.

We reached out to a New England area college coach asking if DeBoer’s quotes stood out as odd.

I kind of think he was actually complimenting his guys for getting past Vancouver and Demko without coming out and saying it. This whole playoff is an outlier. -NCAA coach

He went on to say it’s hard to pick apart statements made by coaches or players after spending months in a bubble and that they deserve a little more leniency than in any other playoff season.

That seems perfectly fair and maybe time will change how the Golden Knights view their run in Edmonton. But during their stay, it was clear the back end of the Vancouver series shook them a lot harder than anyone could have imagined. What appeared to be a moment of overcoming adversity by exorcising the five-minute penalty demon and hanging on to a 3-1 series lead instead created a crash in confidence that doomed the Golden Knights against a team they matched up well against on paper.

If outstanding goaltending can affect the team’s focus, you have to wonder what else rattled this team. (I’ll let you fill in the blanks as to what I’m referencing there. Here’s a hint though.)

Nonetheless, Dallas deserves a lot of credit for shutting down Vegas’ offense, but apparently they should thank Vancouver for serving up a wounded opponent.

Meanwhile, Vegas needs to figure out how and why that happened because simply put, if they ever plan on winning a Stanley Cup, they’ll have to overcome much bigger obstacles than three great games by Thatcher Demko.