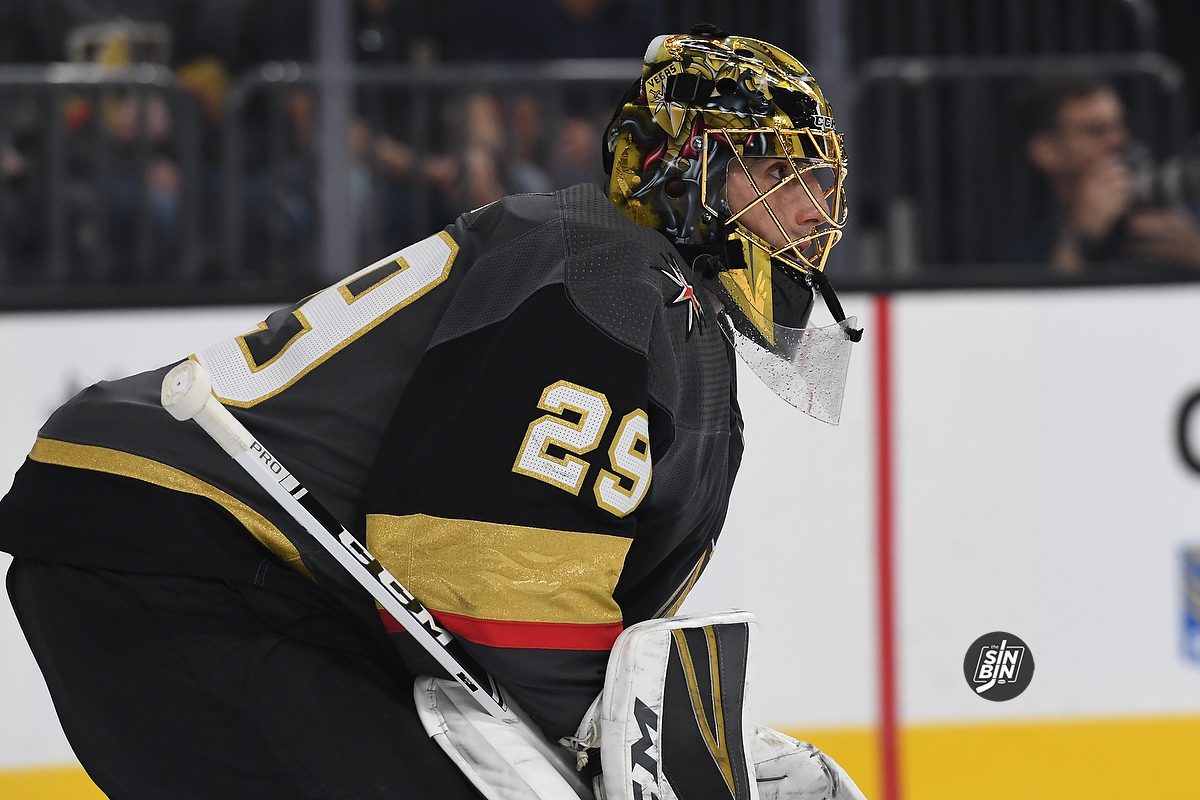 This guy is going to have to be much better if the Golden Knights are going to beat the Wild for the first time ever. (Photo Credit: SinBin.vegas Photographer Brandon Andreasen)

When the schedule was first released it didn’t take most long to realize the quirk in the Golden Knights first 11 games of play. One at home, then five away, then five at home. Both the longest road trip and longest homestand, back-to-back to start out the season.

This odd schedule arrangement put the Golden Knights in a bit of a weird spot with seemingly more importance on the first game than normal. With a win, Vegas would head on the road already with two points in hand and really would only need a few points to stay afloat through the rigorous start to the year. However, they dropped Thursday night’s game and now stare at a five-game trip in which they really need to return with at least five points.

We knew we were a good team (last year), we know we’re a pretty good team again this year, but you got to get back to work. We have to work hard and play the game that we played last year. Tonight wasn’t a good start. -Gerard Gallant

Just look at the numbers. If the Golden Knights get anything less than five points, they’ll return home with just four or fewer in their first six games. Then, even if they sweep the five-game homestand, that’s still only 14 in 11, and that’s unlikely. It’s more likely they drop at least one of the five at home which would mean at best barely a point per game through an eighth of the season. Not a single time last season did the Golden Knights fail to put up at least 10 points in any 11 game stretch. A less than five point road trip would almost assure that to be the case in the first 11 this year.

I’m aware, I’m jumping ahead drastically after one game, but in the NHL, the standings are fickle. If you fall in a hole early, it’s incredibly tough to get out of it. It takes months to make up lost points, especially lost home points.

Road trips are always important to bring home as many points as you can, but we really can’t focus on anything but the next one. -Pierre-Edouard Bellemare

A win tonight in Minnesota basically erases the loss to Philly, but a loss, even in OT, would instantly put the Golden Knights behind the 8-ball staring at four more consecutive road games including a back-to-back in Washington and Pittsburgh.

Last year, when this team was faced with important games, they always found a way to get them (until the last four, but we’ll skip that for now). This isn’t exactly that scenario, but it’s surprisingly close due to the weird schedule. It’ll be interesting to see if the Must-Win-Golden-Knights still exist or if they were left behind in Year One.