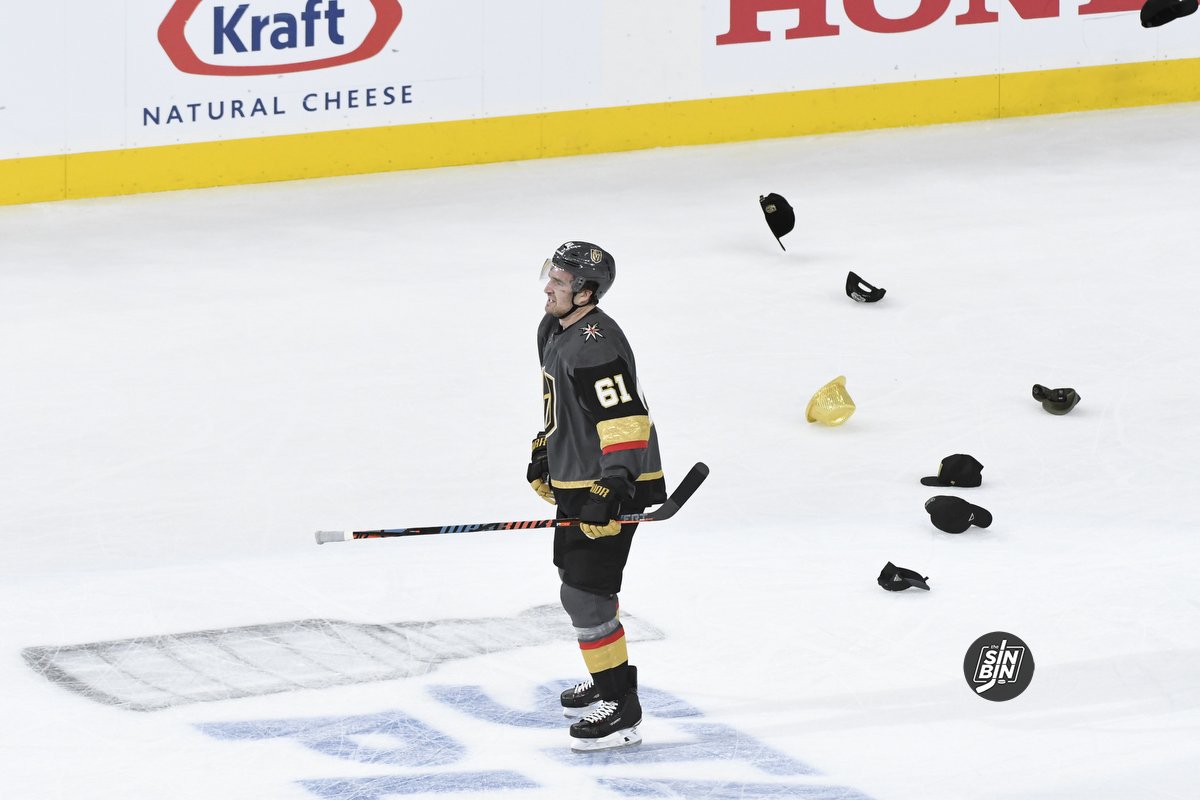 On Wednesday, Mark Stone underwent a surgical procedure to repair a back issue that has been plaguing him for several years and basically ruined his 2021-22 season.

The Golden Knights announced Thursday that the lumbar discectomy surgery was a success and added he is expected to be ready to play for the regular season.

We consulted our resident injury expert, Dr. Caleb Pinegar of Crovetti Orthopaedics and Sports Medicine to give us more information on anything and everything surrounding this type of surgery.

How do you pronounce lumbar discectomy and what is it?

When you say it you say the word “disc” first then “ectomy” which means removal. So lumbar discectomy means they’ve taken part of the disc out of the vertebrae.

Between every bone of the spine is a little shock absorber and each of those shock absorbers is pretty stout and strong but if you take the wrong hit or fold or just actively mobilize the spine while you change positions and if you do it just right you can squirt this little inner shock-absorbing material out of the rim that’s supposed to be real strong.

Yeah. The material is called the nucleus pulposus. It’s a jelly-like substance that looks like crab meat. So this little gooey stuff squirts out of your shock absorber and it causes the nerve near it to get really inflamed and irritated or it’s big enough of a squirt that it will pinch the nerve and cause the nerve to not work.

The initial major injury happened in October and then he came back multiple times and played. So do we think this “crab meat” shot out then?

Probably. The odds are very good that disc herniations get better over time. They don’t necessarily go away but the body can reabsorb some of the disc material and if you give the person time, anti-inflammatories, steroids, and physical therapy a lot of people can skip the surgery. So for the period of time he was out, they were probably trying to calm it down. If the symptoms calm down and the person isn’t having any shooting pain and they just have the ache of back pain, you can play through it. But if you don’t get it to go away then you can just say, let’s go get that piece. They do a minimally invasive incision and clean out that torn disc.

Does taking a part of the disc out fix the problem for good?

Once a disc has been herniated, the problem is it’s more likely to herniate again. You also have the fact that if one pops it’s possible that one of the discs above or below it pops, which is called adjacent disease where you can get a level up or down that gets problematic. If those things happen, that’s when people start fusing their backs.

What is the recovery time usually on a lumbar discectomy?

Three months is a pretty good rule of thumb. Many of the studies on athletes with this type of surgery indicate an average return to play of 2.8 to 3.2 months. He won’t start much hard therapy for probably six weeks and then they’ll slowly advance him. The patient usually feels really quite better right away but you really have to take it easy.

Well, you hope they aren’t in rapid succession, but will Mark Stone have back surgery again in his life? Chances are super high, but it shouldn’t be fast.

The problem is once the disc becomes brittle, it has a high likelihood of having another problem. He didn’t squirt out all of the crab meat, some of that is still in there, and he could have it happen again. It could be five or ten years from now, but once that disc is broken like that, it’ll start to calcify and it’ll start to bother people again.

The main concern most people have when they hear about back injuries and surgeries is that the player will either not return to playing at all or if they do, they won’t be nearly as good as they were before. Do you share this concern?

The return to plays are 80-90%, so that’s not everybody. And I always tell my patients, “no one wants to be the minority on surgical success, but somebody is.” But most likely you are looking at an average of three months of recovery and I think there’s no reason we can’t get peak Mark Stone for this season and the foreseeable future. He totally should be able to return to that.

His odds of being fully ready for the season are very good and his odds of being fixed for the remaining several years are also very good. In the future, I think he gets a big back surgery, but that should be well beyond the end of his playing days. Well, unless he has another injury. But otherwise, he should be pretty stable throughout several more years of his career.

**Thanks again to Dr. Pinegar for always sharing his expertise on the injury situations surrounding the Golden Knights. Dr. Pinegar is a physician with Crovetti Orthopaedics & Sports Medicine located in Henderson, NV. Read more about him and the practice here.**