Head coach rumors have been swirling for months and have included names such as Claude Julien, Mike Kitchen, Craig Berube, and Travis Green, just to name a few. But here in Vegas, and specifically in conversations between those following the team closest, there was this crazy thought in the back of just about everyone’s minds.

What if the coach is already on the staff? What if that coach is the second hire on the staff? Could Assistant General Manager Kelly McCrimmon have been brought in not only to build the team, but then coach them in the inaugural season?

Well, you can stick a fork in that idea. Speaking on Sportsbook Radio with Brian Blessing (about 1:20 in), McCrimmon himself denied any thoughts of coaching the team in 2017-18.

I love coaching and we had lots of success in Brandon, so that part was real enjoyable. For me, I’ve changed gears with the opportunity to work on the management side in the NHL. I always find if you are really enjoying what you are doing and if you are stimulated by the challenge you tend not to miss what you left behind. So as much as I loved every minute of coaching the Brandon Wheat Kings I’m really enjoying what I’m doing right now and looking forward to contributing as much as I possibly can to help this team get started. So it’ll be a different coach than this one and I’m sure I’ll have a hand in the process of selecting the coach. -Kelly McCrimmon, AGM

The question of who will be that different coach can’t be answered until there’s a better idea of when they plan on hiring their coach.

The past four expansion teams have had somewhat of a common theme as to when they had their first head coach in place. Minnesota hired Jacques Lamaire four days before the Expansion Draft. Columbus hired Dave King 12 days after that same Expansion Draft.  Curt Frazer was hired a few weeks after Atlanta selected their first players, and Barry Trotz got the gig in Nashville a month and a half after the 1998 Expansion Draft. So based on precedent one could expect Las Vegas to hire their first coach sometime between late June and early August, but McCrimmon doesn’t find the exact timing terribly important.

I don’t honestly think the coach will change our approach a whole bunch. If we have a coach in place in advance, we’re gonna have some insight into what type of players that coach prefers, what style of game he likes to play. He may have some knowledge on players if he’s been coaching in the NHL, so there’s some value there. -McCrimmon

He went on to say it’s all on management to make the right decisions regardless of whether or not the coach is in place from June 17th to the 20th or not.

So go ahead and file head coach away next to players, jerseys, minor league affiliate, broadcast partners, and everything else we’re dying to find out about in the “we’ll get to it later” folder that’s seems like it might overflow any time now. Don’t worry though, we’ve got plenty of Evander Kane girlfriend pics to help us pass the time.

And by the way, the middle of that first quote really does belong on a mug. 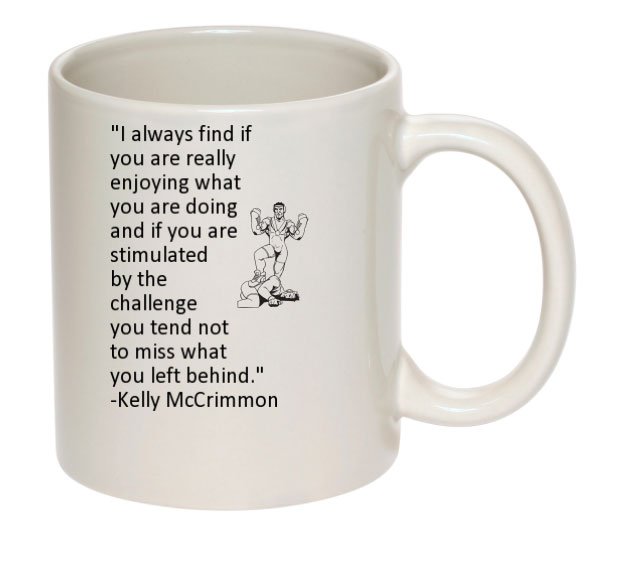 Expansion Preparations Coming In Many Forms