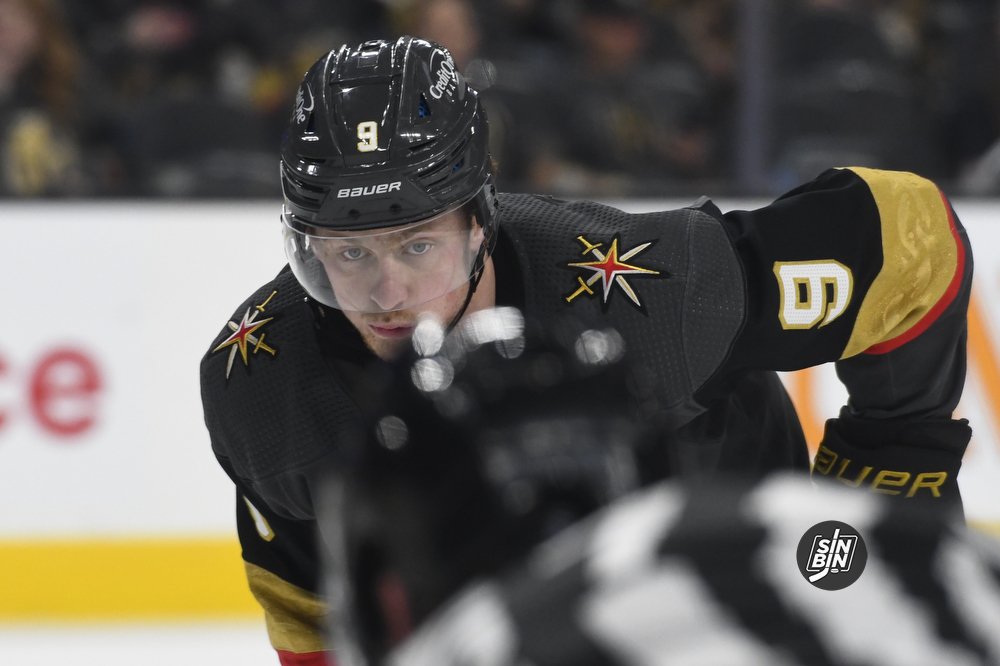 The power play will be a huge emphasis from Day 1 for the Golden Knights this season. After a few seasons of struggles, Bruce Cassidy was brought in to fix it. It’s currently very much a work in progress with shifting units, systems, and options through the first few weeks of Training Camp.

There are definitely some concepts to build on as the units grow more and more familiar both with each other and what Cassidy’s system is trying to accomplish, but the head coach sees room for improvement.

What I hope to see is a little more chemistry where we are playing with more pace. Moving the puck quicker, supporting it, automatic outs, things like that, that come naturally to you. When you are seeing pressure you are able to sustain O-zone play. I don’t think our pace is where it needs to be in terms of moving the puck quick to break pressure, but again some of that is not a lot of reps and live reps. -Cassidy

One of the most noticeable features of the Golden Knights power play under Cassidy is a lesser reliance on the bumper player than he did in Boston.

We detailed the Cassidy power play in-depth this summer, and we’re already starting to see Cassidy tweak the system to fit some of Vegas’ most talented players.

The system has Jack as the quarterback and he’s looking for all the different one-timers. We’re just kind of experimenting with things that work which gives us more options for pre-scouting.  -Stephenson

Stephenson, who operates as the bumper of the first unit in the current setup, says his role is much more about opening lanes for Eichel than it is being the primary source of offense in the system. In Boston, Patrice Bergeron was the main focal point for the Bruins’ top unit, playing in the bumper spot in the middle of the ice. Cassidy is aware that he has different options here, but he is still committed to getting the puck into the center of the penalty kill box to break down the defense.

It’s a little different here, you are running through different people including the more accomplished offensive defensemen here, so you may see more action from there. I hope to integrate a little more use of the bumper because what the bumper does is allows you to get pucks to the net from very close to the net so you are getting second chance goals. Didn’t see a lot of that this morning that I’d like to see more of. I think we have the guys with the IQ to play in there, but if they’ve been asked to get pucks to the net from in there is another matter where that was a focus in Boston. -Cassidy

Another piece of the Cassidy system is to present the players with plenty of different options both on entry and when in the zone. Rather than defaulting to a few plays that work incredibly well, he wants to see players utilizing the skill that has them on the power play in the first place.

It’s more about hockey sense. One thing Bruce mentions a lot is using our high hockey IQ to make plays. We have our positions but we can move around if the play calls for it. -Marchessault

With that comes loads of information that must be processed extremely quickly. Both Stephenson and Marchessault agreed it’s a lot to take in, but they are starting to process it better each time they work on it.

He presents a lot of different looks and multiple options off of them, we just have to figure out which ones work the best for us. -Stephenson

With just two games left, the Golden Knights do not have a lot of time to get themselves into a true rhythm on the power play, if that’s even possible in the preseason anyway.

They’ll head into the regular season with high expectations but with the understanding that it may take some time to come together. By the end of the season though, it will be one of the most important metrics by which Cassidy is measured in his first year, and he’s confident they’ll get it right.