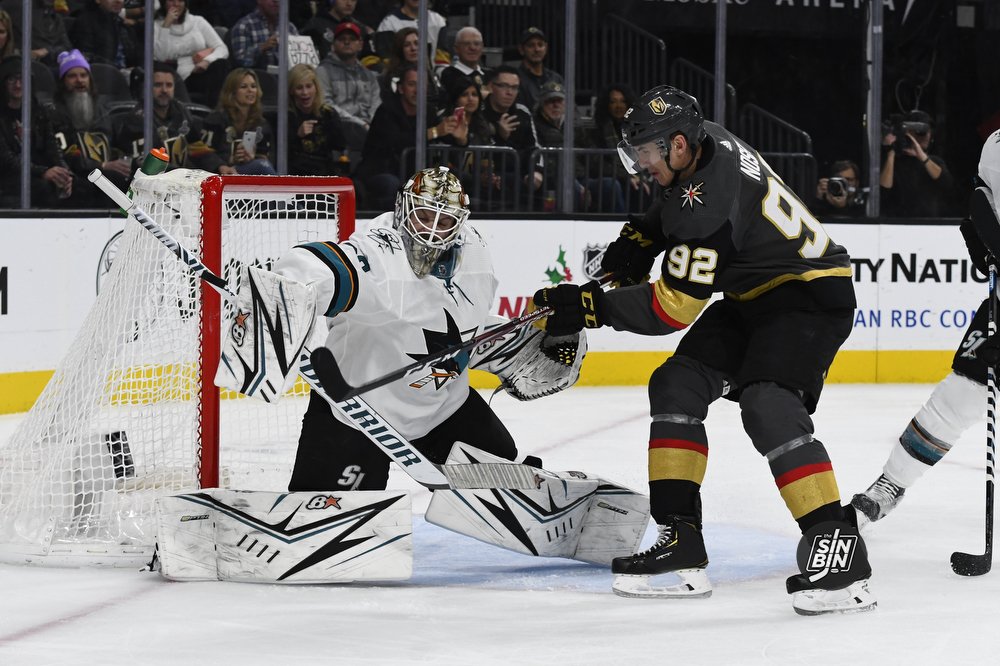 By now all Golden Knights fans know the NHL announced there are four members from the organization that are isolating and complying with the league’s COVID-19 protocol. Due to the unfortunate circumstances, Vegas was forced to postpone at least three games.

The National Hockey League announced today that the games currently scheduled for February 1 and February 3 between the Vegas Golden Knights and the San Jose Sharks have been postponed and will be rescheduled for later in the season in San Jose. -NHL PR

It’s news Golden Knights fans were dreading but knew was always realistic possibility this season. Now, Vegas is without an opponent for another week, when they hope to host the LA Kings on February 5th. The club the Golden Knights were supposed to play beforehand quietly doesn’t mind.

The San Jose Sharks have had an up and down season, and may have seriously lucked out. Lately, they can’t keep the puck out of the net giving up 17 goals in their last four games. Dropping the two more games to the Golden Knights might have been devastating for the Sharks.

This season the Sharks haven’t won two consecutive games and are allowing the third-most goals in the league. In the past, the Golden Knights have devoured San Jose in those conditions. That could’ve been the case this week.

The Sharks goalie tandem of Martin Jones and Devan Dubnyk have let in a total of 31 goals. The Golden Knights haven’t scored nearly that many, but they have scored at a time the Sharks have struggled. Out of Vegas’ 23 goals scored, 13 were in the 3rd period. That leads the West Division. Meanwhile, San Jose has given up the most with 10 final frame goals.

When the games are rescheduled, the series will likely be in San Jose not Phoenix as it would have been this week. Home cooking, cushy expensive mattresses, the Sharks will take whatever gives them a better chance at their rival. This is a 56-game season with no fans, only seven opponents, lengthy four-game series, and Covid-19 postponements. It’s not normal for players in any sense.

If Vegas ended up winning the two postponed matchups, it would’ve been a tough blow to San Jose’ season. With a nine-point advantage, the Golden Knights might’ve closed the door on the Sharks chances for a top seed, or worse. And I’m sure Pete DeBoer and his crew wouldn’t mind.

Carp: Welcome To The Weirdest Week Ever!