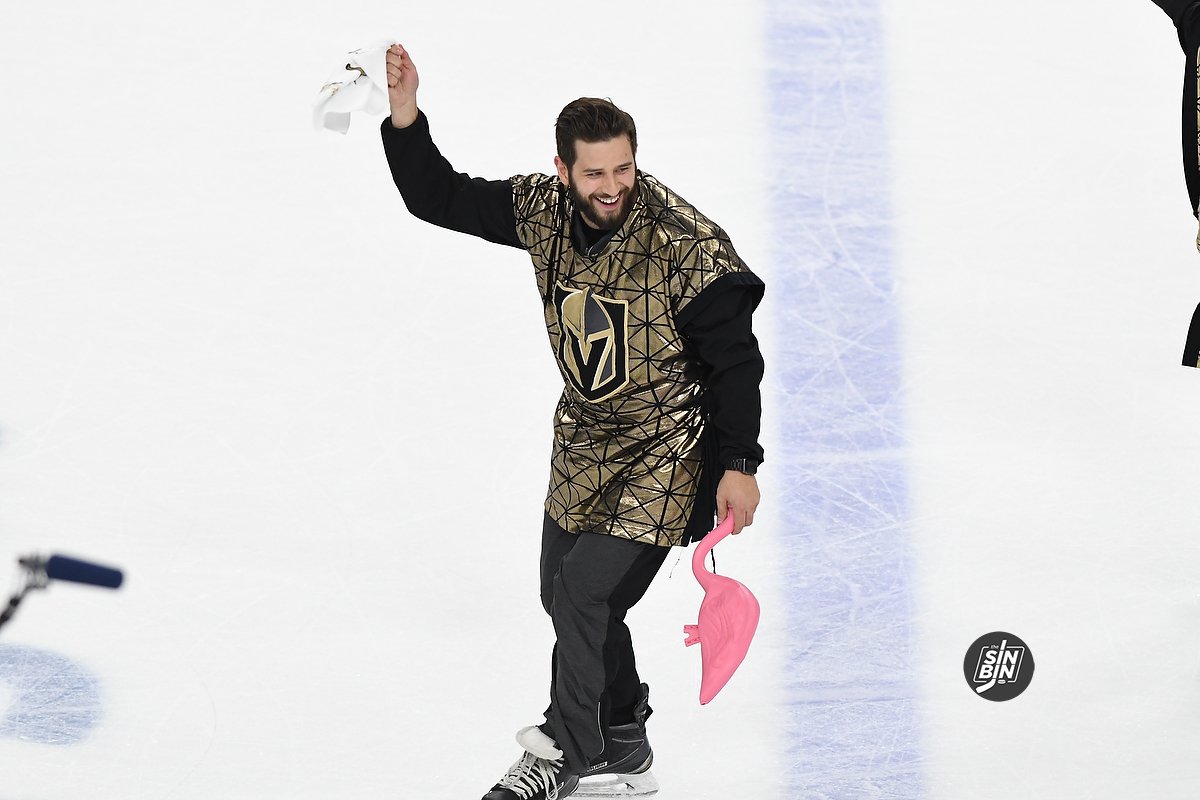 Heading into the 2019-20 season the idea of the Golden Knights missing the playoffs felt ludicrous. 52 games and a head coaching change later, and all of a sudden it doesn’t seem that crazy anymore.

So, I decided to poke around hockey Internet to try and see where exactly the Golden Knights stand with 30 games left on the schedule.

First, we start with the fans.

The Golden Knights are generally an optimistic bunch, so of course the results are going to skew towards the positive. We asked the exact same question on all three social media platforms. All three polls came in right above 80% in favor of Vegas making the postseason. 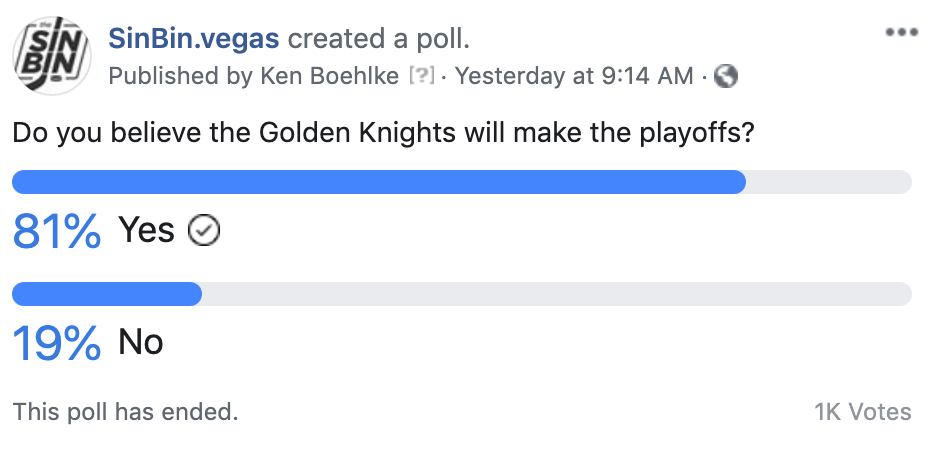 Like fans, there’s a reason for their optimism though. Odds are set based on betting patterns. The more money that comes in on a specific team, the lower the odds go. Obviously, Vegas fans like to bet on their own team, so the numbers can go a little crazy in the Golden Knights favor.

Finally, we head to the prediction machines. There are three great ones out there that all use drastically different methods to come up with their probabilities.

First, the one I trust the most, is Dom Luszczyszyn’s playoff projections model on The Athletic. He updates it daily and uses “Game Score” to run 50,000 projections of what will happen the remainder of the season.

The next best model is from MoneyPuck.com. Their model uses a game predictor based on a variety of factors such as team strength, health, home/away, rest, and even more in-depth stats like expected goals and special teams percentages. They run 100,000 simulations daily to come up with their probabilities.

Finally, there’s the model on Hockey-Reference.com. This is is very much statistical-based. Rather than trying to guess the outcomes of upcoming games, it uses every stat possible to give a percentage chance each team has to win each game. They run 1,000 simulations daily.

As you can see by all of the results, the odds are still very much in the Golden Knights favor to be playing beyond April 4th but they are definitely headed more towards a coin flip as a certainty.

There is a trade deadline between now and then though which could bring Vegas some much-needed reinforcements.

However, no matter how you look at it, Pete DeBoer has his work cut out for him and if he can’t get the job done, it’s going to be a long offseason of questions for everyone who receives a check from The Creator.