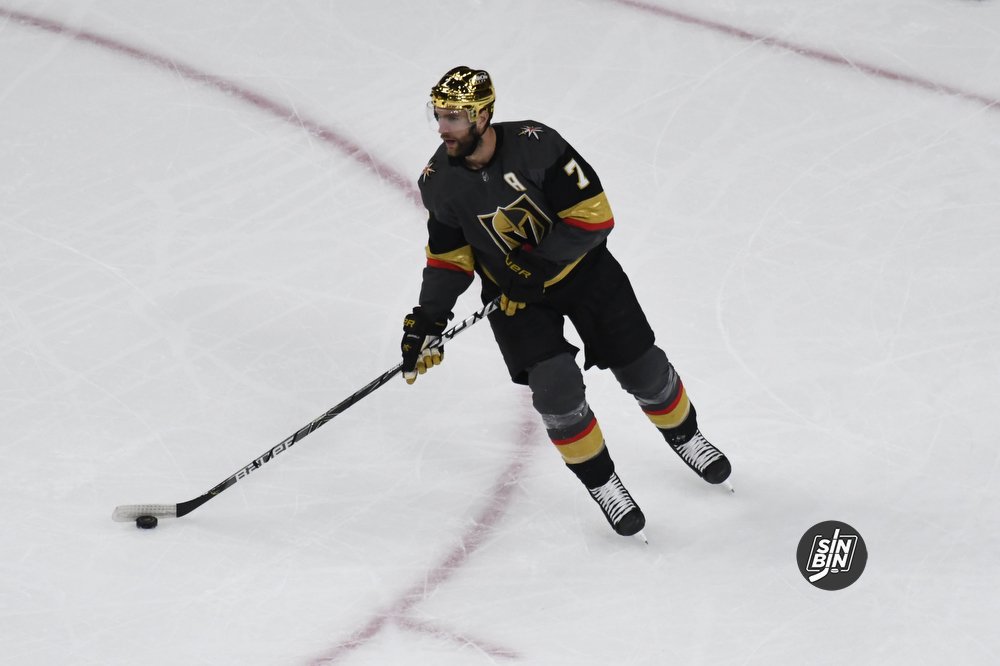 When the Golden Knights inked All-Star defenseman Alex Pietrangelo to a jaw-dropping $61.6M contract it sent a strong message to the rest of the NHL. In the past Vegas’ front office gleefully spoke about “big game hunting,” and they did just that by signing the former St. Louis Blues captain to a 7 year/$8.8m AAV contract. In the end the money was well spent, even if the majority was earned in 19 postseason games.

At first glance, or really first 34 glances, the 2019 Stanley Cup champion looked pedestrian. Sharp skating, good defense but he was a step behind. Surely, Pietrangelo needed time to fit and understand coach Pete DeBoer’s plan of attack. Local fans are familiar with adjustment periods after Max Pacioretty’s leap in year two as a Golden Knight. Either way, the 31-year-old didn’t impress right out of the gate.

The 2008 4th overall pick began showing signs of improvement with less than a month remaining in the regular season. It was almost like Pietrangelo said to himself ‘it’s go time.’ From that moment forward the slick shooting, right-handed defenseman became more involved offensively and was, for extended periods, the Golden Knights most lethal weapon. Vegas’ alternate captain was increasingly more comfortable and more impactful when the games mattered the most.

The last seven games of the regular season were a postseason warm-up for Pietrangelo. In 19 postseason games, the first-year Golden Knight was arguably Vegas’ most reliable skater. He finished the postseason leading the team in minutes played, shots on net, and power play points. Only William Karlsson had more playoff points and points per game. The 31-year-old played up to his pricey contract and performed like a Stanley Cup winning captain.

Over his career the 13-year veteran has averaged 0.59 points per game, its nearly identical to his 0.56 points per playoff game. As Vegas fans painfully know, points are tougher to come by in the postseason.

To be honest, I thought the conversation after year one would be how Pietrangelo’s contract would end up financially haunting the organization. Based on his early play, you couldn’t blame management for having some buyer’s remorse, but then playoff Pietrangelo appeared and the cost and commitment didn’t matter. The front office paid for the player fans watched in June, not January.