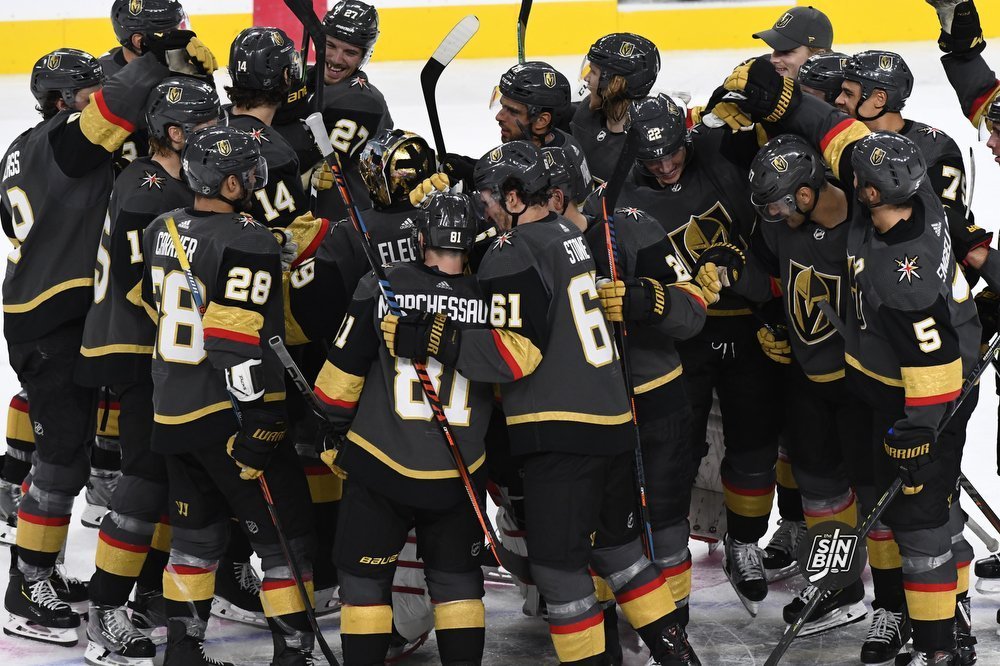 Before tonight’s action, the Golden Knights are on pace for 93 points and sit two behind Vancouver for the Pacific Division lead. The Pacific is commonly referred to as the worst division in the league, which it is, but the Central isn’t much better. With the exception of St. Louis, the rest of the division isn’t exactly lighting the league on fire.

Based on points, the Blues are the only Western Conference team in the top seven in league standings. Going deeper, if the league simply used points percentage regardless of conference, 10 of the 16 future playoff teams would be from the Eastern Conference (VGK is #16). Golden Knights fans should be happy that the league is split in half.

The current pace to make the postseason in the West is 91 points. It’s a whopping 99 in the East. Currently, Vegas is sitting three points ahead of the last team in the West. In a make-believe world where the Golden Knights were playing in the East they would be out of the picture entirely. At 63 points, Vegas would be fifth in the Atlantic and seventh in the Metropolitan and fifth in the Wild Card standings with at least two more games played than everyone else.

To ensure Vegas gets close to that cut line of 91 points, they’ll still need to rack up points in the majority of their remaining games. Including tonight, the Golden Knights have 26 more regular season contests. They’ll need to win at least 14 games or earn 28 points to get back to the playoffs. That means they need 53.8% of the available points, which doesn’t seem like a lot until you consider they’ve only cashed in on 56.2% to this point.

Vegas should be aiming for more than 91 points, and I’m sure they are. You don’t fire a coach and have the expectations of limping into the playoffs.

Like we mentioned yesterday, despite having 10 of the next 12 games at home, the Golden Knights are playing four of the league’s top six teams and six out of seven games against teams currently in the playoff picture.

There are so many layers to the imbalance of power. With the East being statistically and noticeably better, it sets the stage for a Western champion underdog. Also, the race to the finish is so hectic it could create a bit of a messy trade market. A storm of bubble teams battling for playoff spots could end up helping the Golden Knights deadline pursuit.

Starting tonight Vegas will have seven Eastern Conference teams left to deal with, allowing them to worry mostly on their conference and division. Which we all know could be the only way to make a serious run. By finishing with 95-97 points, it could be enough for first or second in the division.

They can worry about the mighty East after they pass the first three, much easier, tests.