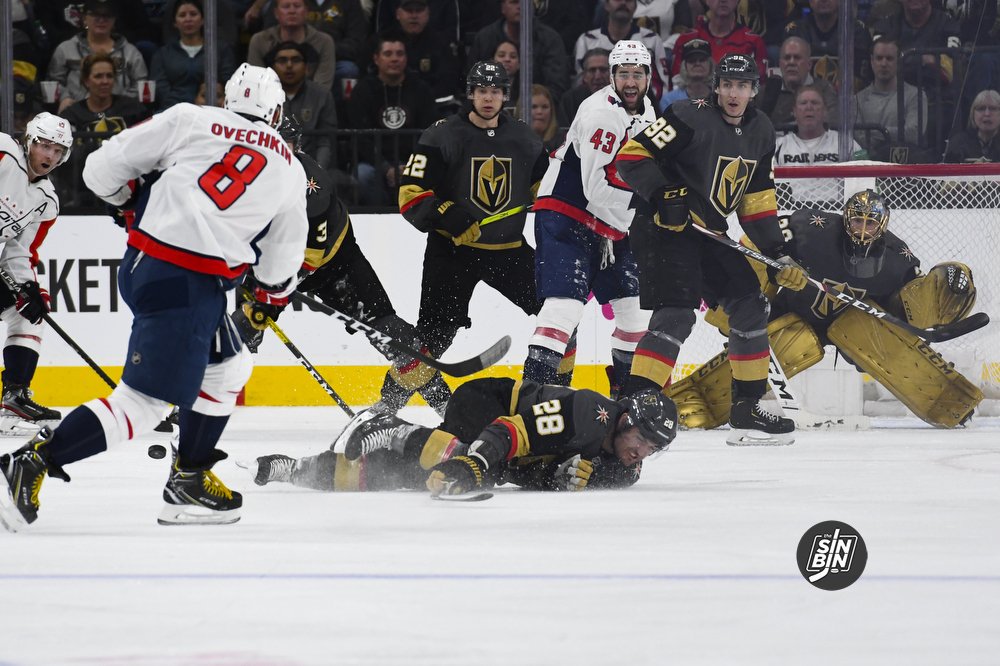 This season the Golden Knights are one of the league’s best teams when playing shorthanded… after the game starts. They lead the NHL with an 86.7% penalty kill percentage and have allowed just 17 power play goals against, three less than anyone else in the league and nine fewer than anyone in the division.

However, there’s another type of shorthanded the Golden Knights have been battling all season due to the salary cap. Last night, after a late scratch of Jonathan Marchessault, the Golden Knights were forced to play with just 11 forwards. It became the third time this year Vegas dressed a lineup short of 18 skaters.

Last night, the Golden Knights’ offense was anemic. They barely generated anything in the offensive zone, they put up one of their lowest shot outputs of the season with just 25, and they were shut out for the 3rd time in 2021.

Unsurprisingly, playing with less than the allowed number of players has not gone well for the Golden Knights. In the previous two instances in which they played a player short, Vegas failed to win either. They came on back-to-back nights on the final day of March and the first day of April.

On March 31st, Vegas lost 4-2 to the Los Angeles Kings. They controlled a majority of the possession in the game with a 60.4% Corsi but generated just two goals. In their own end, they gave up two 1st period goals and eventually fell into a 4-1 hole late in the 2nd. That game Vegas was without Ryan Reaves due to a late scratch and played with just two players on their fourth line.

The very next night, due to a suspension to Chandler Stephenson and an injury to Zach Whitecloud, Vegas was down to just 16 skaters. They chose to play 10 forwards and six defensemen. The Golden Knights got caught in a bit of a track meet with the Minnesota Wild but battled hard in the 3rd period to get the game to overtime. Vegas dropped the game in shootout.

Thus, three times out of 49 games the Golden Knights have been without a full complement of 18 skaters. They are 0-2-1 in those three games which leaves them with an incredible 35-10-1 record in the other 46.

It remains unknown what the Golden Knights roster will look like tonight as Marchessault’s status is up in the air and no other call-up has been made. If they play a man short, it could spell trouble once again. The good news is the buck stops on May 12th when the regular season ends. Once the playoffs begin, the salary cap disappears and roster limits are no longer in place. It might hurt Vegas between now and then, but when the games really matter, it’s the last thing Golden Knights fans need to worry about.