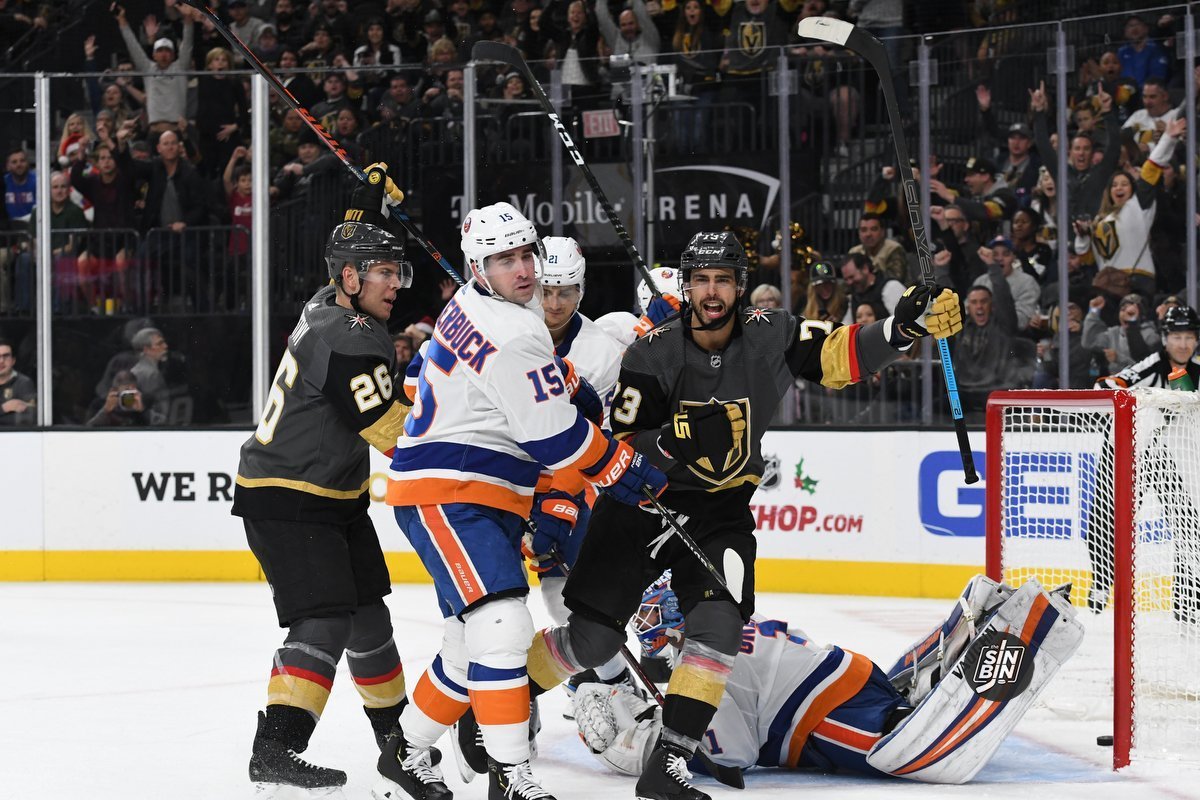 “I’m happy for him getting the opportunity and he comes in there and scores a huge goal for us.” -Gallant (Photo Credit: SinBin.vegas Photographer Brandon Andreasen)

You may recall when the Golden Knights brought up the veteran center late last season and he responded with three goals in two games. Thursday, Pirri was back in the NHL, playing in T-Mobile Arena for the first time in a regular season game. Once again, he delivered, scoring Vegas’ first goal after trailing the New York Islanders 2-0 in the second period.

The goal was the wake-up call the Knights needed as they scored four unanswered to rally and beat the Islanders 4-2.

Why was it working for Pirri?

Things happen a little quicker up here (in the NHL). So I’m just trying to keep things simple. -Brandon Pirri

Pirri came up from the Chicago Wolves after leading the American Hockey League in scoring. He was paired initially with Paul Stastny and Alex Tuch. But Gerard Gallant decided to shake things up in the second period, moving Tuch to the first line and dropping Reilly Smith down to the second line.

For Pirri, it meant a couple of more tweaks. Fortunately, he is experienced enough to make the necessary adjustments.

I think it’s just a matter of talking on the bench. Knowing what spot to be in and making sure you’re communicating with each other. -Pirri

Gallant couldn’t have been happier with Pirri, who logged 13:18 in ice time and had five shots on goal.

He’s always been a goal scorer and it was good to see him put the puck in the net. That was a big goal. It gave us a huge lift. -Gallant

Gallant said he has’t decided if he’ll leave well enough alone for Saturday against Montreal. But you can count on Pirri being in the lineup when the Knights host the Canadiens.