They outplayed us in every facet of the game tonight. They played hard, they worked and competed and we weren’t close to good enough and we have to be better next game. -Gerard Gallant 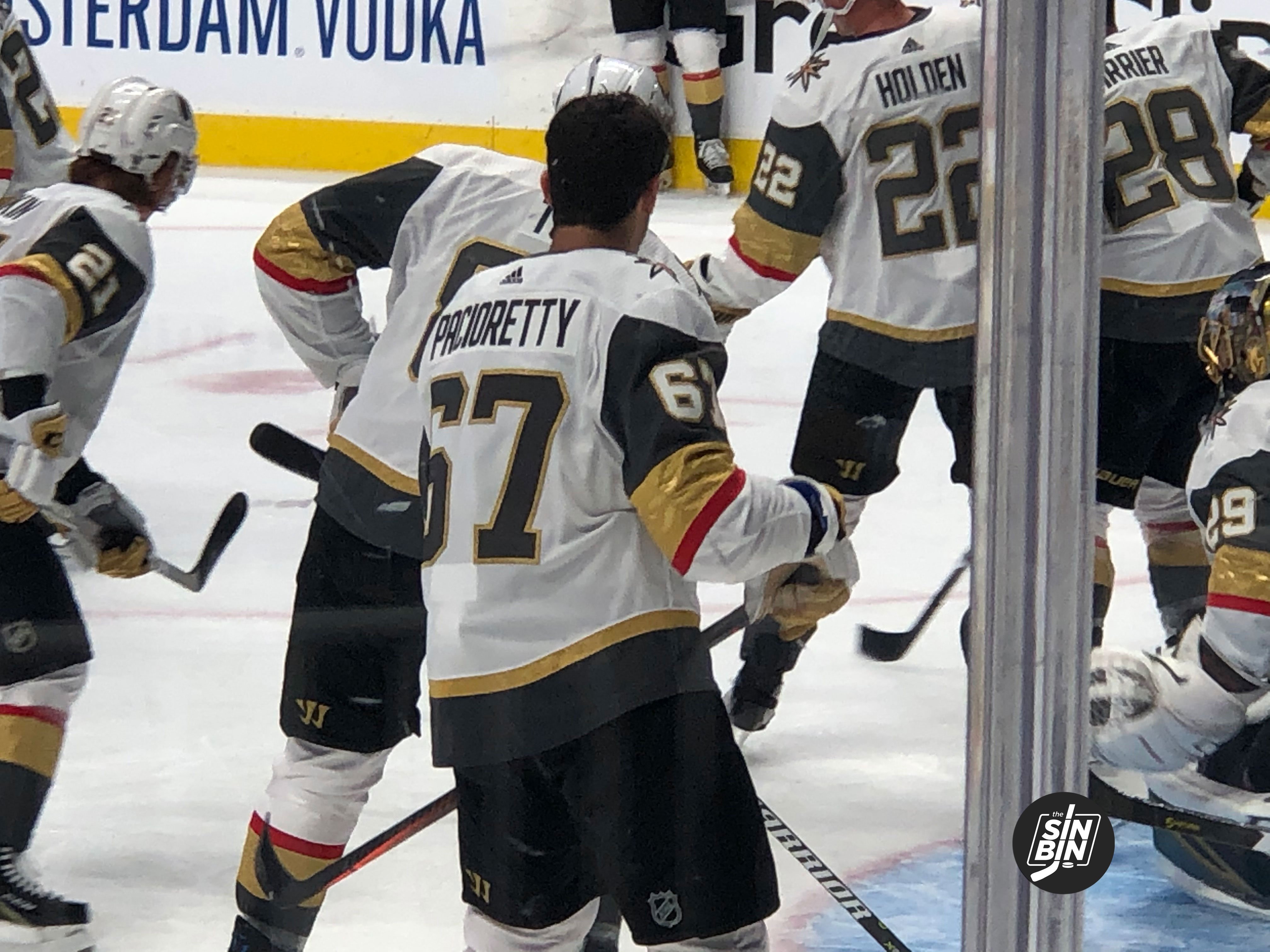 That’s not how you win a playoff hockey game on the road, that’s for sure. And while there’s no doubt Gallant is right, that his team didn’t do much of anything well, it was specifically their deficiencies when they had the puck that sunk them in Game 1 in San Jose.

There are three places a hockey team can possess the puck, in the defensive zone, in the neutral zone, and in the offensive zone. In all three, the Golden Knights failed. When they had the puck and needed to exit, they struggled. When they eventually did get the puck out, they couldn’t get it through the neutral zone with speed and crispness with any consistency. And in the cases where they did get it in, the forecheck came up lame.

Forechecking as a unit of five wasn’t there tonight. Their D are going to make that first play so you have to have two in there quick and we need our D-men joining the rush and joining the forecheck as well. As a unit of five, we just weren’t good enough tonight. We’ll try and figure out why and get to work tomorrow. -Max Pacioretty

It seems as if a lot of the times they are back there anticipating dumps in certain areas and when their D skate that way and anticipate the play they are able to come out of the zone with full control. We need to make exits on their hard and we didn’t do that tonight. -Pacioretty

Here’s the problem, according to the Golden Knights (and one Shark that we asked), nothing really changed in the way San Jose defended against Vegas.

I think we knew what to expect from their neutral zone I just didn’t think we were moving the puck. We didn’t have our support guys coming through the middle. I thought we were turning over more pucks that we should have. -Theodore

They didn’t do anything different from what we expected, but they played a lot harder. We weren’t good enough, our guys have to be ready to play more competitive hockey than we played tonight. -Gallant

Normally against the Sharks, Vegas exits well, flies through the neutral zone, and forechecks the Sharks into oblivion. Tonight, that was not the case, yet they got what they expected. So the problem must have come from within.

It’s game number 1 on the road. We need to be a little more sharp on some plays defensively, all five guys, and we should be fine on the forecheck. -Pierre-Edouard Bellemare

We were not moving the puck like we normally do. We shot ourselves in the foot. We didn’t play our style, we didn’t play our game. We need to refocus, readjust and get back to it. -Theodore

In the end, it’s essentially chalked up to the Golden Knights looking in the mirror and saying they weren’t good enough.