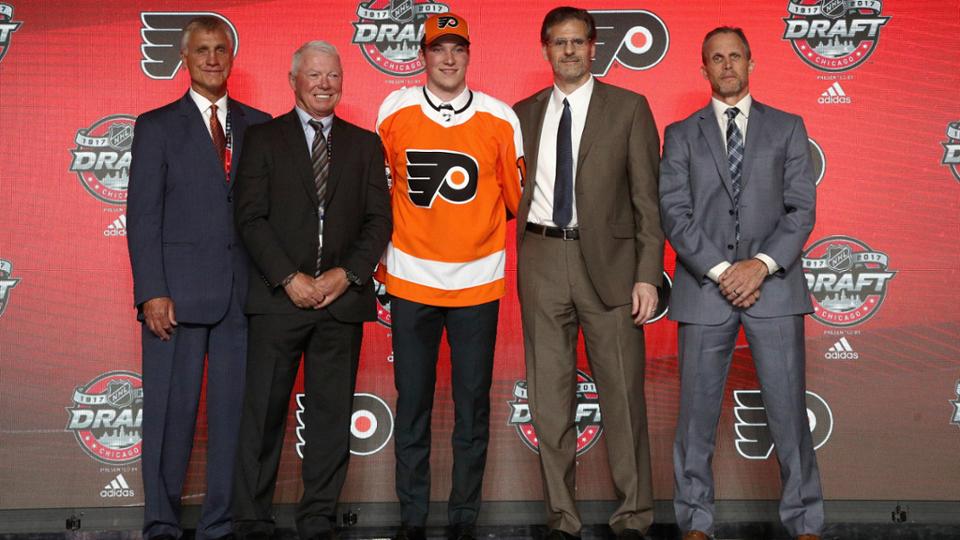 The Golden Knights and Nolan Patrick have always been connected, even if it took until 2021 for Patrick to finally become a Golden Knight.

As a top prospect for the Brandon Wheat Kings, it was understood that Golden Knights general manager Kelly McCrimmon would want him in Vegas. Heck, we even wrote an article on this site nearly six years ago considering the possibility.

But when the ping pong balls fell the way they did before the 2017 Draft, it became fairly clear Patrick was going to go well before the Golden Knights had a chance to make their first pick.

Patrick went on to play at the NHL level fairly quickly, racking up 73 games in 2017-18, while Glass didn’t make his Golden Knights debut until opening night of 2019-20.

We now know the history that neither Patrick nor Glass flourished with the team that drafted them and they were eventually traded for each other in a three-way deal that landed Patrick in Las Vegas. So far, it hasn’t been a great start with their new teams for either player.

Yesterday, appearing on the Cam and Strick Podcast, Philadelphia Flyers senior advisor, and legendary former player, Bobby Clarke, shared some enlightening details into the draft process that led the Flyers to select Patrick.

(Flyers GM Ron Hextall) shut his door. He locked the doors, he was boss and nobody else was part of it. We end up drafting, with the 2nd pick in the Draft, Nolan Patrick. None of our scouts wanted Nolan Patrick. I don’t know where Patrick should have gone after his performances in Brandon, he’s a pretty good player, but our scouts wanted Makar, of course, he went next, and now he’s a superstar and Patrick hasn’t played much. –Bobby Clarke on the Cam and Strick Podcast

Pretty damning stuff about a player the Golden Knights currently have in their everyday lineup.

Patrick has played just nine games this season, missing nearly two months with an undisclosed injury. He’s been noticeable at times on the ice in Vegas but has just tallied three points while averaging 13 minutes a night.

In the end, McCrimmon finally got his guy, but hearing from Clarke has to make you wonder what might have been had the Flyers listened to their scouts and selected Makar.