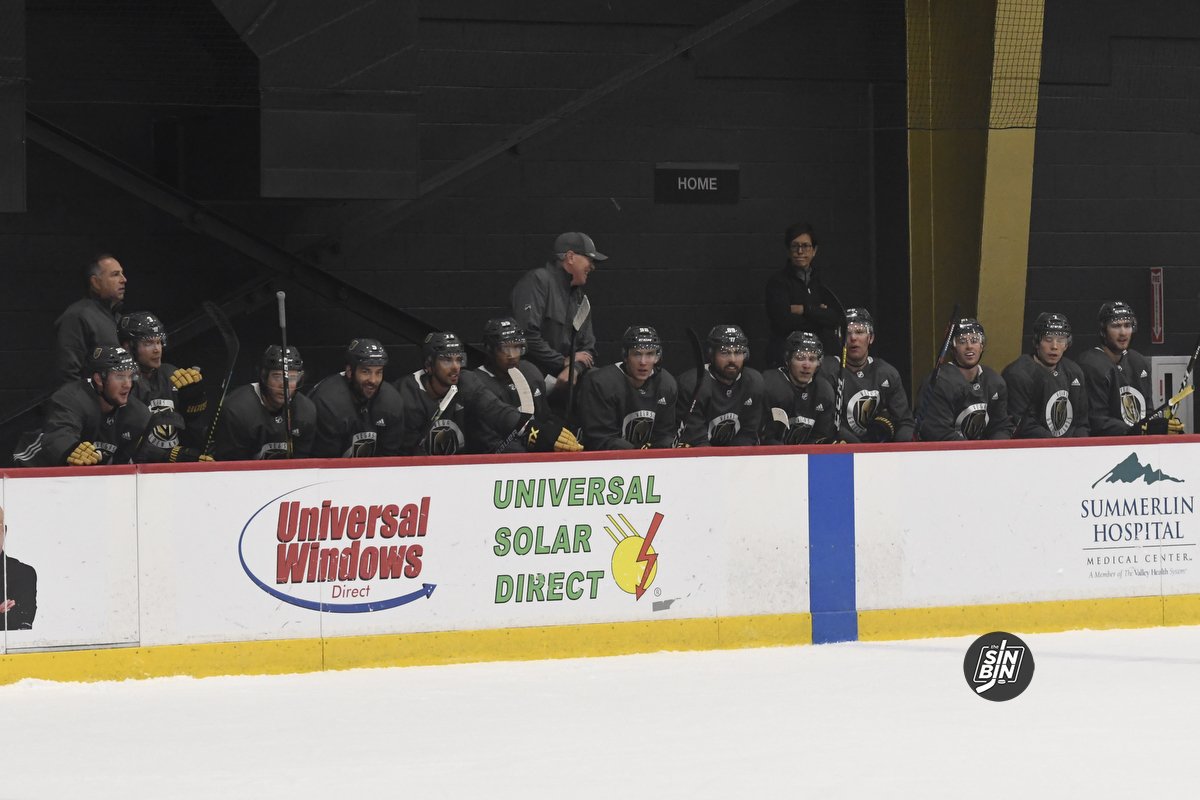 The bottom line with the decisions that we’ve made with respect to camp are who can help us win the Stanley Cup. This isn’t about player development or public relations or ‘it’s is a nice story.’  -McCrimmon

Yet the Golden Knights released a roster without Brandon Pirri and Valentin Zykov who have been their go-to AHL players this season, and included Krebs, Reid Duke, Keegan Kolesar, and Gage Quinney who played a combined four games in the NHL this year.

It may be attributed a bit to DeBoer. It may have to do with the potential futures of Pirri and Zykov with the Golden Knights. Or it may even have to do with how these four can “help” in practice more than the other two could. But no matter how you slice it, it absolutely says something about the places of Pirri and Zykov, and it’s not something good.

So far, 22 of the 24 teams participating in the NHL’s Return to Play have released their Phase 3 rosters. Only the Golden Knights and the Winnipeg Jets have fewer than four goalies set to participate in camp.

Obviously Marc-Andre (Fleury) and Robin (Lehner) are our two NHL goalies. Oscar (Dansk), to me he has established himself as the next goalie in our organization. We felt that three was all we needed. Oscar spent the entire Pause in Las Vegas so he’s been able to be on the ice right from the beginning of Phase 2, as have Marc-Andre and Robin with Mike Rosati our goaltender coach. That’s what went into our decision and we are comfortable with that. -McCrimmon

Despite being an outlier, it makes sense to only bring three to the bubble. Yes, the Golden Knights had a month where they lost three goalies back in 2017, but that’s incredibly rare and even if it happens, there has to be a replacement plan available to the teams (they aren’t going to make them stick Marchessault in there for a playoff game, are they?)

Nonetheless, if a team were to lose three in the playoffs, their chances of winning the Cup are basically gone anyway. So, with roster limits in place for total number of players, it seems logical to carry just three as opposed to four or five, which many teams are. The surprising part shouldn’t be that Vegas only has three, it should be that only one other team followed suit.

For now, Coghlan will get a chance to impress DeBoer, something that clearly never quite happened enough while Gallant was behind the bench. During his stellar AHL season, it seemed inevitable that he’d get a chance to make his NHL debut at some point, but it never came. Now, he’s a part of a group of 12 defensemen to be in training camp, but that number is likely to shrink to 11 when the Golden Knights depart to Edmonton. Coghlan has done nothing but impress, but he’s going to have to do it again, and it’ll be a statement one way or the other when the final roster is announced in a little over a week.