A year after winning the Pacific Division and becoming the first North American professional expansion team to reach a league final, the sheen may be starting to wear off the NHL’s Vegas Golden Knights. According to secondary ticket marketplace TicketIQ.com, the average asking price for a Golden Knights tickets have dropped from $271 at the beginning of the season to $199 – a decrease of nearly 27%. 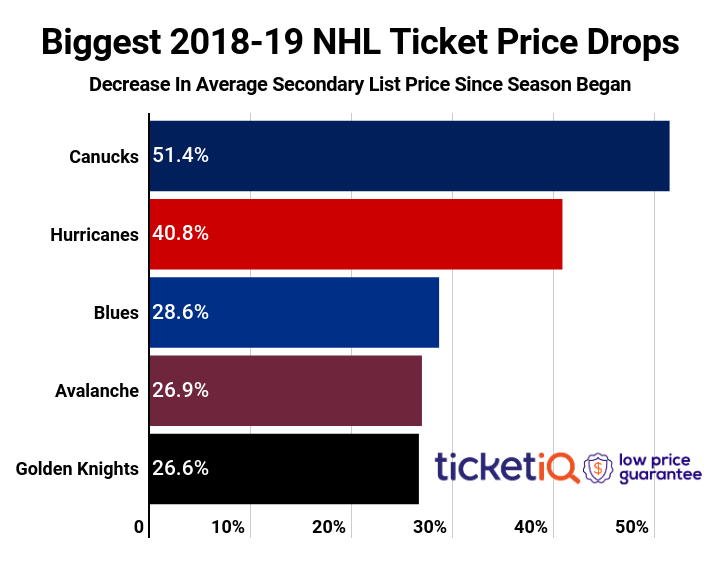 Vegas fell from having the No. 2 priciest ticket on the secondary market in the first half of the season to the fifth priciest at the start of the second half. And the current $199 average asking price is the lowest in the team’s two-year history. 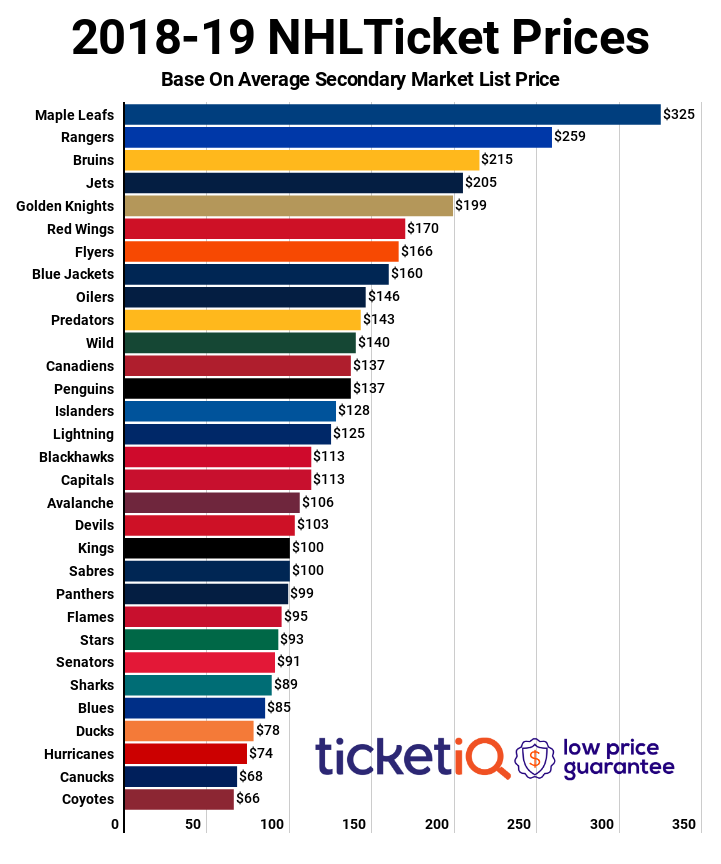 For the first time since the Golden Knights came into existence, tickets on the secondary market are available for less than $100 for some home games. The cheapest game remaining at T-Mobile Arena, according to TicketIQ.com, is the February 28 game against the Florida Panthers, which is trending at $89. A total of four games have get-in prices under $100 between February 12 and the end of the season:

Hard to figure exactly why this game is so cheap because as of February 12, the Stars were in sixth place in the Western Conference, behind the Golden Knights. The drop-off between fifth and sixth place is significant, though – Vegas had 66 points and Dallas had 61.

As of February 12, the Panthers were in 13th place in the Eastern Division, and the teams have played only three times since Vegas’ inception. The Golden Knights beat Florida in Las Vegas, 5-2, on December 12, 2017, and lost to them at Florida, 4-3, in overtime on January 19, 2018. The most recent meeting was on February 2 at Florida, and the Panthers won, 3-1.

This is the final regular-season home game for the Golden Knights, and they’ll be playing one of the weakest teams in the league in a game at the end of the regular season which may have no playoff seeding implication.