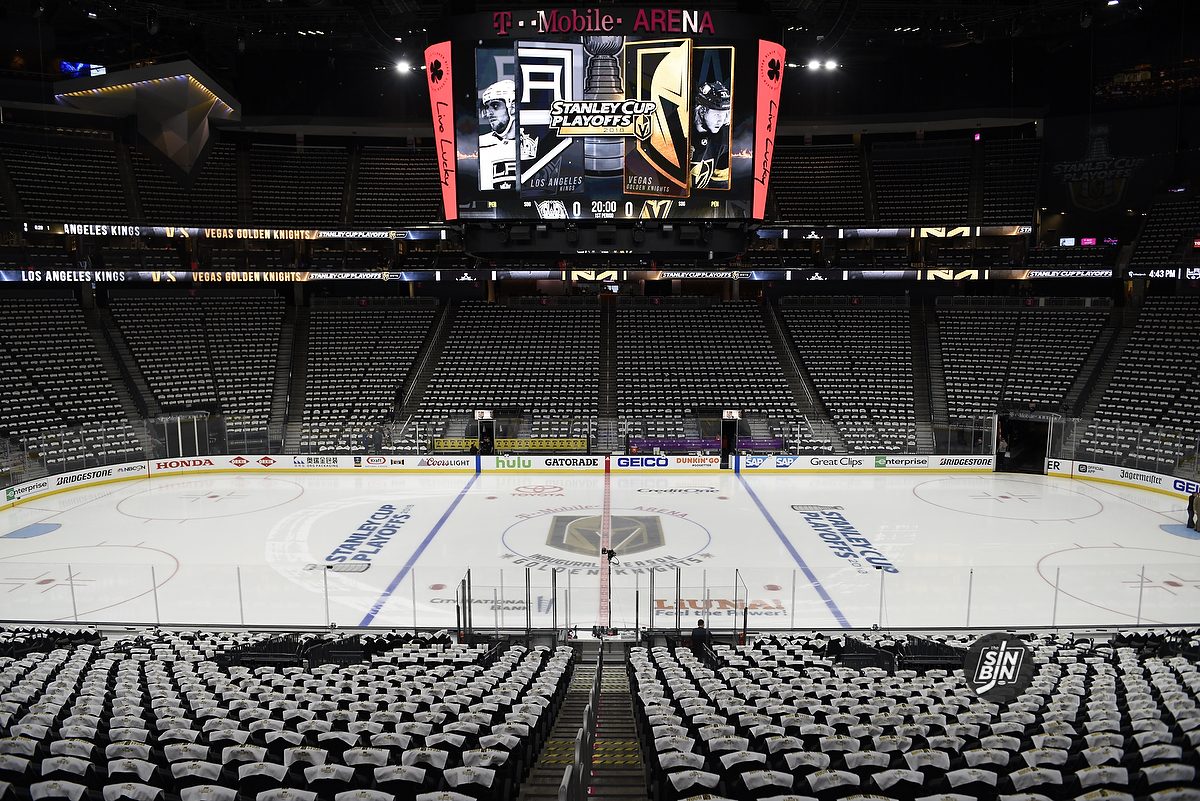 With a 1-0 win in over the LA Kings first ever playoff game on Wednesday, the NHL’s expansion-team extraordinaire Vegas Golden Knights continue their miracle season. While technically not the first expansion team to reach the NHL playoffs, they’re the first to do so in the modern NHL expansion era, which began in 1991.
At 7/1 odds to win the oldest trophy in sports, their casino neighbors have also made them one of the favorites to win the Stanley Cup–definitely a first.

As a result, demand for Vegas Golden Knights playoff tickets are the third most expensive in the first round. For tickets to Game 2 register on TicketIQ and use referral code SINBIN to get $20 off your first purchase. You can register here.

Having filled T-Mobile arena at 103% during the regular season, it’s been high demand since October when #VegasBorn was born. Whether or not the Knights are still playing in the June desert heat, the season has been more successful than anyone could have imagined. While Vegas is technically the 5th expansion team to qualify for the playoffs, they’re certainly the best. While neither the Whalers, Nordiques or Oilers made it out of the first round, they were also not truly expansion teams. They’d been competing in the World Hockey Association for years. Additionally, after the NHL- WHA merger, 16 of 21 teams qualified for the playoff, which made it hard to not qualify.

Last year when the Nashville Predators made it to the Stanley Cup, prices averaged over $1,500 across the games in Nashville. The Predators were part of the 1998 expansion and spent 19 years trying to build up to that level of demand. Despite losing to the Penguins in the first finals, prices for this year’s Predators tickets are even higher than last year, but still 20% below prices at T-Mobile arena. To see how each series stacks up, visit the TicketIQ blog.

If the Golden Knights were to do the unthinkable and make it to the Stanley Cup Finals in their first season ever, prices could be five times the Predators Stanley Cup Finals tickets and the most expensive Cup in history. For fans looking to hedge their bets if the unthinkable happens, Shoowin.com gives fans the option buy a reservation for tickets to a Stanley Cup finals at T-Mobile for $200 each. SinBin.vegas will also get a small cut of any reservations you purchase. While $200 down the drain would be salt in the wound of an early exit, if they do make it, you could save thousands as you’d get an upper-level ticket without any additional cost.

In the meantime, enjoy the ride!

**SinBin.vegas does receive a small kickback on any sales of tickets from TicketIQ.com or Shoowin.com that generate from this post.**