Adding Alex Pietrangelo changes the look of any defensive unit in the NHL. It’s no different for the Golden Knights who through the years have seen quite the morphing of their blue line.

Vegas will head into 2020-21 with just one remaining starter from their inaugural game in Dallas, two from the Cup Final roster, and three from last year’s Opening Night. 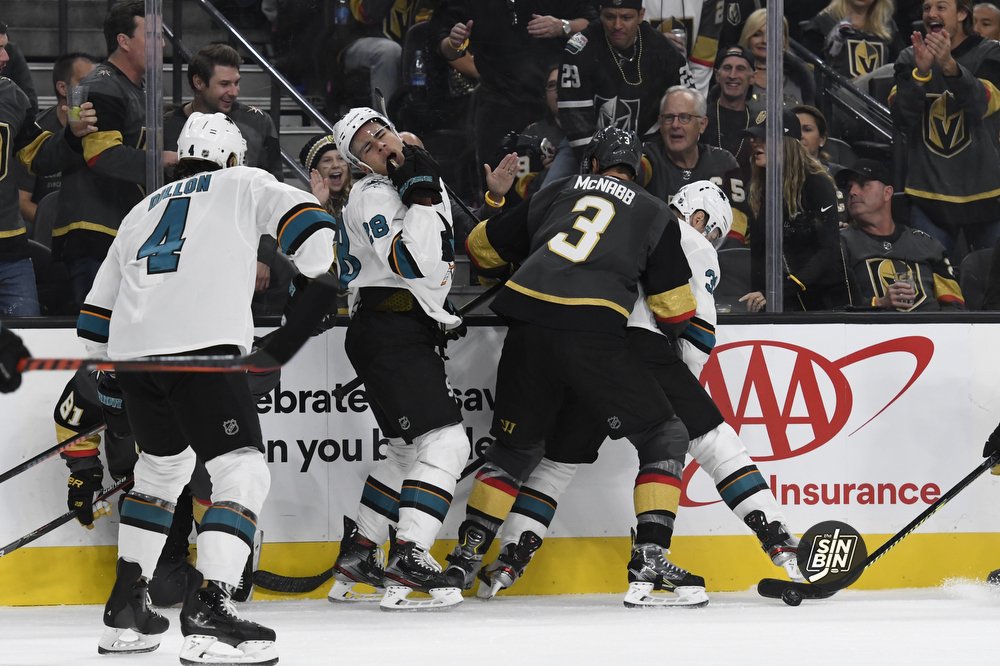 How they run it out for 2020-21 is still to be determined, but the options are fairly minimal. Three of the six projected starters are absolutely locked into one side of the defense with a fourth basically a foregone conclusion. The three are Pietrangelo (right), McNabb (left), and Whitecloud (right). Theodore is the fourth, he played 90 of 91 games on the right side last season, including the playoffs.

That leaves just a few moveable pieces thus limiting the combinations Pete DeBoer has to work with. Here are each of the possible options, starting with the one most likely to be used by the Golden Knights when they open the 2020-21 season.

This combination leaves two pairs intact from the playoff run and slots Pietrangelo in with a good fit in McNabb to play first pair minutes. Martinez has shown to be a great option with Theodore and the Holden/Whitecloud pair have held the fort on the third pair. The main question with this grouping would be how much McNabb holds back Pietrangelo’s offense. At times, Schmidt’s offense was neutered a bit playing with McNabb as they found themselves hemmed in the defensive zone against the opposing top line. Pietrangelo is an upgrade over Schmidt which should help that issue, but he wasn’t brought to Vegas to spend a majority of his shifts trying to exit the zone. The Golden Knights want offense from Pietrangelo, and if it’s not coming in bunches with McNabb by his side, they won’t hesitate to switch things around. Probability: 80%

Before Martinez got here, the best partner for Theodore was always McNabb. Martinez has shown he can step in and gel quickly with a new partner so maybe the Golden Knights consider moving him up to play with Pietrangelo. The question with this combination would be in deployment. DeBoer has used Theodore and Martinez in a primarily offensive role and would likely do the same using Option 1, but with Option 2, the first and second pairs are similar both offensively and defensively, which would mean a lot more defensive responsibility for Theodore. Probability: 15%

The McNabb/Schmidt pairing was certainly imperfect through the postseason which is likely why the Golden Knights were content with letting Schmidt go. There’s an argument to be made though that McNabb was the culprit more so than Schmidt. If McNabb’s game has slid a bit, maybe Holden is able to take over the enviable role of playing with Theodore. The next option would be better if that’s the case, but this one is more likely. Probability: 2.5%

This one would require a massive step forward from Whitecloud, but it’s absolutely worth a look as it’s the most balanced option available. Theodore played more than 100 games on the left paired with Deryk Engelland. Whitecloud has a lot of Engelland’s traits with a bit more offensive upside. It’s probably a bit crazy to change positions on a guy that was playing at a Norris level, but it’s 2020, so you never know. Probability: 1.5%

The moment the Golden Knights officially put pen to paper with Pietrangelo, the idea of he and Theodore playing together had many people drooling. The problem is that it leaves the rest of the cupboard quite bare when it comes to generating offense. The dominant pair would likely see 25 minutes, which leaves almost 60% of the game with neither on the ice. There’s no doubt there will be times where Theodore and Pietrangelo see the ice together, especially when VGK are chasing a goal, but as a starting pair, it’s not likely at all. Probability: 1%