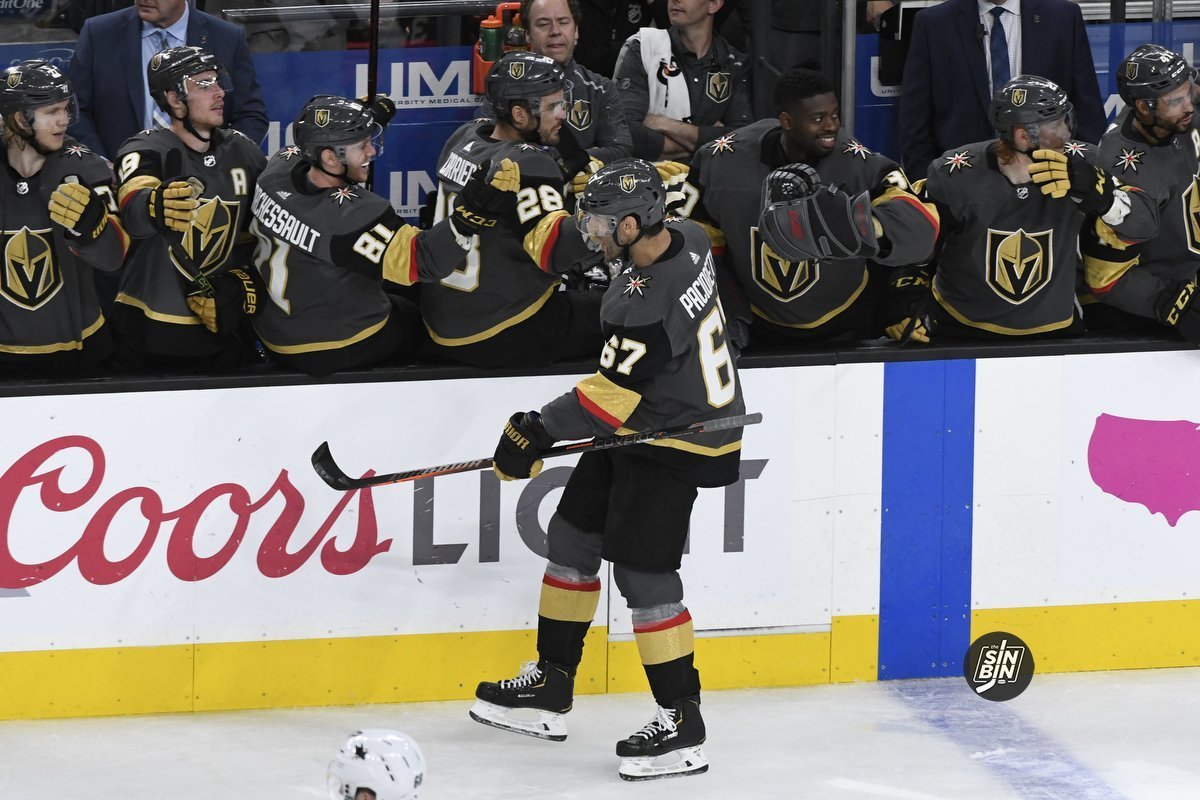 Golden Knights winger Max Pacioretty was one of three players to accumulate 300+ shots in the regular season. The two other players were Nathan McKinnon and Alexander Ovechkin; prestigious company. However, when you break it down by types of shot, Pacioretty led the entire league with 192 wrist shots. A shot in which #67 is known for.

Pacioretty must’ve come into the season focused on letting his wrist shot go more often than he did 2018-19. In his second year with the Golden Knights, the 31-year-old forward released 94 more wrist shots. Which worked out nicely for his club.

Not only did his wrist shot release go up but so did its effectiveness. Pacioretty added nine more wrist shot goals in 2019-20 and ended up having statistically one of his better seasons. His 0.93 points per game was a career-high for the 12-year veteran.

Pacioretty totaled 30 SOG in last season’s playoffs series against San Jose, scoring five goals in seven games. Unsurprisingly, 23 of 30 were wrist shots, and four of his five goals were from wrist shots. Any goalie should know what to expect from Pacioretty, the problem is whether they can save it or not.

Pacioretty’s pinpoint lasers create challenges for opposing goaltenders, especially when they’re being screened. His goal in Game 4 against the Sharks’ Martin Jones illustrates exactly how nasty and nearly impossible his wrister is to stop.

That play also shows the strong chemistry between Pacioretty and linemate Mark Stone. The pair perfectly pirouette into position setting up for a nifty drop pass, and a quick snipe for the score.

Last year against the Sharks, the pair scored 11 out of the Golden Knights 21 total tallies. If Pacioretty’s wrist shot is effective and Stone does what he does, then Vegas’ offense will be tough to stop. And I haven’t mentioned Reilly Smith, William Karlsson, Jonathan Marchessault or Alex Tuch.

Hopefully, the pause doesn’t affect the timing of Pacioretty’s wicked wrist shot. If it’s anything like it was in the regular season and I’m coach Pete DeBoer, I’d tell him to let ‘em rip. The numbers show the more he slings the better.