Pacioretty On Laid Back Atmosphere In Las Vegas 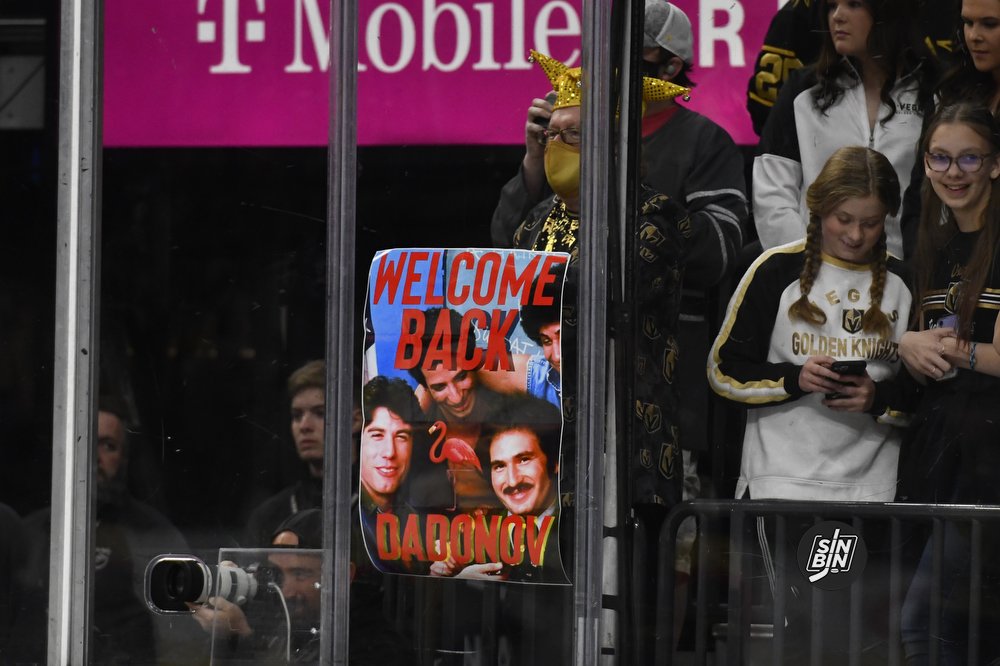 If you’re looking for critical stories on the Golden Knights, there aren’t many places beyond this site to find them.

Between the adolescent nature of the Las Vegas professional sports media scene to the simple fact that there wasn’t much to criticize for the first few years the Golden Knights were here, the overall vibe locally on the city’s first major pro team is generally positive.

In turn, helped along by the fact that the team owns and operates the TV and radio broadcasts, and will go to great lengths to find the positive in even the direst of situations, the fan base strongly leans towards optimism as well.

One former Golden Knight wonders if that cushy environment could actually work against the team in some ways.

I’ve been thinking about this a lot lately. When I first got (to Vegas) it was weird that there was like no accountability. And I’m not talking about in the team I’m talking about like ever, you couldn’t feel pressure coming off anyone else, from the coach to the management. There was a relief when I got there but then I found myself being like I’ve got to reel this in and hold myself to a higher standard which I had always done but maybe I got away from it when I had everyone else holding me accountable (in Montreal). –Max Pacioretty on Raw Knuckles Podcast

When Pacioretty first arrived in Las Vegas, he couldn’t wait to shed the responsibilities that come with being the captain of an Original Six team. For months he spoke about how much easier it was coming to the rink without the weight of unreasonable expectations that come from Canadian media.

But then, after four full seasons in Vegas, and admitted growth in himself as a person, he feels quite differently about the situation.

I mentioned that at the end of the year that no one is really holding us accountable. If we have a bad year like this, the city would be half on fire in Montreal and here it is in Vegas it’s 80 degrees and it’s sunny and we’re getting our car washed and getting our organic food and going to play golf. I was kind of like we’ve got to police this thing a little better amongst each other. I don’t want to say it was a country club but you have no one from the outside holding you accountable. –Pacioretty on Raw Knuckles Podcast

Many of the luxuries most pitch as a reason Vegas has become an immediate hit in the NHL are now suddenly being bandied about as detriments by a player who wore an “A” for much of his time in the city.

A lot of these guys haven’t played somewhere else so they don’t know really what it’s like. I’ve felt myself personally it always gets the best out of you when my coach or someone else are demanding and hold you accountable and I found myself almost missing that a tiny bit when things went wrong this year. –Pacioretty on Raw Knuckles Podcast

This is certainly a new angle we’ve never heard mentioned by anyone else. Whether he’s talking about the fan base, the media, and/or the organization itself, he may be onto something.

Clearly, a toxically negative environment would not be better than a “country club” like setup but his point is similar to one we often reference when critiquing specific players or the team.

“Without the freedom to criticize, there is no true praise.”

Along those same lines, if the franchise strives to create utopia for the players, how can they ever be expected to know when it’s necessary to raise their level?

Maybe Bruce Cassidy can solve the problem by installing a bit more accountability than his predecessors. Or maybe the owner needs to dial back on some of the conveniences he’s providing until the team proves they’ve earned them. Or maybe I need to be even meaner.

Or… maybe Pacioretty is just a rare bird and this whole thing is a bunch of bunk.