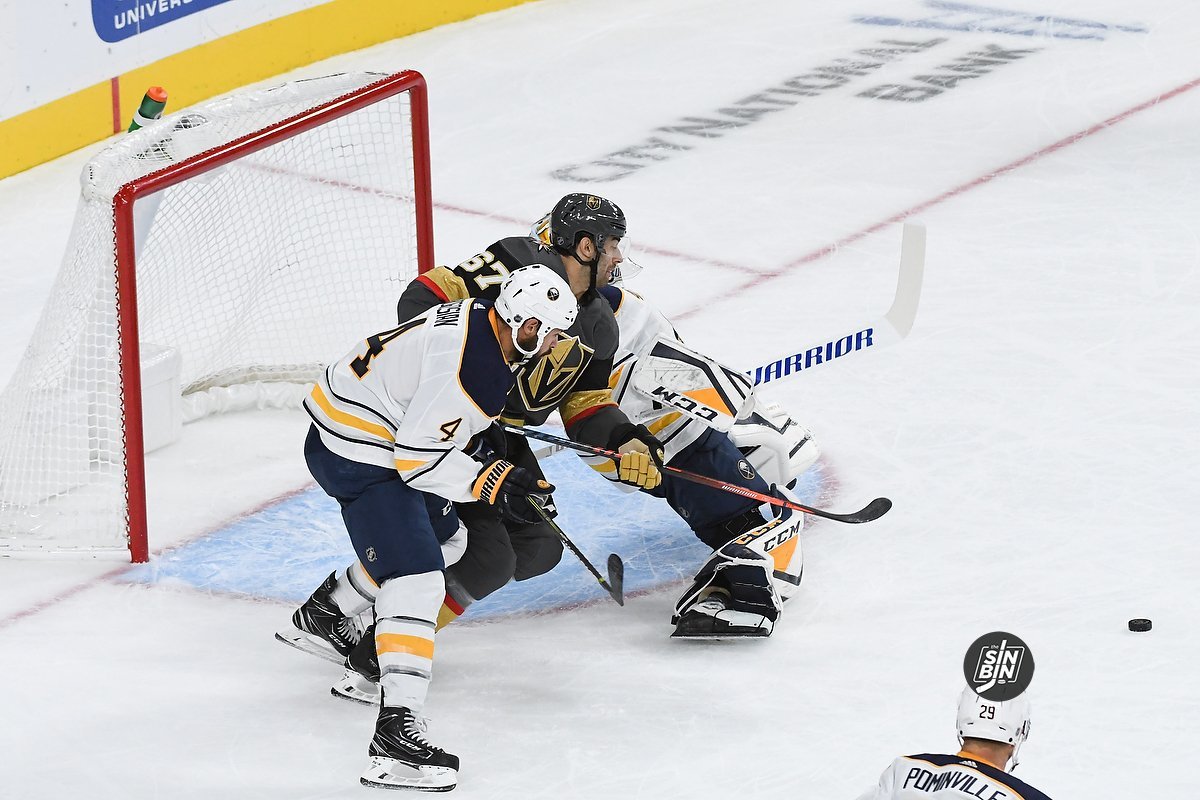 It’s tough to understand the amount of pressure professional hockey players take on throughout an entire season. It’s a grueling 82 games and if a player or team is struggling they get bombarded with negative questions picking on every little detail. Sounds stressful right? Now triple that for players in feverish markets like Toronto, New York, Boston and Montreal. That’s been Max Pacioretty’s life for the past decade, so after seven contests and only goal scored it’s not surprising he’s feeling the frustration.

Our line has been struggling, so we have to find that chemistry a bit more. We need to make life easier on each other out there. It’s frustrating, because we haven’t produced at all… but we’ll get it going. -Max Pacioretty

Part of the problem is the plan of who Pacioretty was supposed to play with hasn’t exactly been followed.

My two linemates (Paul Stastny and Alex Tuch) got injured right at the start of the year and that makes it hard. I haven’t found that chemistry yet.”-Max Pacioretty

Haula and Pacioretty have been skating together since Tuch’s injury on September 30th, yet it still hasn’t clicked. When might it?

Never been in this position. Played ten years in one spot, so this is all new to me. -Pacioretty

The veteran winger knows he’s a dangerous weapon and if he’s not scoring, in his eyes he’s not doing his job. Which requires him playing consistent minutes. That didn’t happen for Pacioretty or the second line against Buffalo.

Looking to earn some more ice time and help this team win. -Pacioretty

Against the Sabres, Pacioretty skated a season-low 13:24 TOI. He’s only logged fewer than 13:24 five times in the past five years (380 games), and most were caused by injury. He averages 17:38 ATOI over his career, and just so happened to mention earning more ice time twice the day after playing low minutes. Playing time means a lot to Pacioretty, and he’s irked that lack of line chemistry is keeping him off the ice.

The challenge for reigning Jack Adams winner Gerard Gallant is to figure out if the chicken or the egg comes first in this scenario. Pacioretty’s ice time has been limited because his line hasn’t been producing, but can Pacioretty and his line produce without the ice time?

Frustrated or not, Pacioretty still smiled and joked about mistakenly going offsides on Shea Theodore’s over turned first period goal.

I’m upset at myself because maybe we’d be watching Shea on ESPN this morning. But I happened to ruin that by going off sides. -Pacioretty

Could it be subconscious pressure Pacioretty brought along from Montreal? Possibly, but he’ll learn sooner than later, scoring droughts in Vegas are a lot easier to deal with. Golden Knights fans will continue to support Pacioretty’s hard work, positive attitude and drive to win because Vegas fans aren’t worried. They know they’ll be seeing plenty of Pacioretty highlights on ESPN… well more likely on the NHL Network, cause, you know ESPN kinda still hates hockey.