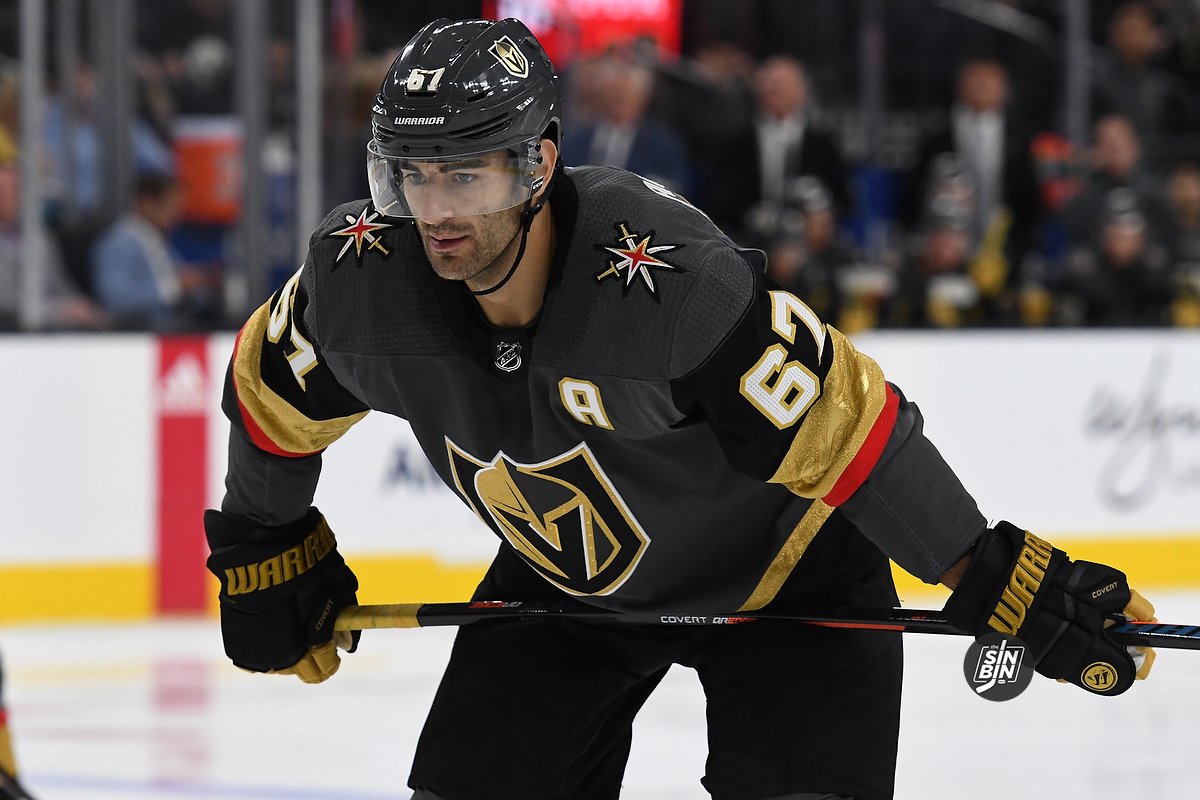 When forward Max Pacioretty was acquired in 2018 the Golden Knights added a sharpshooting veteran to an already strong offensive team. Pacioretty was coming over from an icy situation in Montreal freeing himself from the heavy scrutiny he dealt with as Canadiens captain. It was a fresh start and a chance to help a Western Conference finalist.

With Pacioretty’s scoring ability the Golden Knights made two deep playoff runs, which probably should have been three. In 224 games the top-line winger posted 194 points and was three goals shy from scoring 100 with Vegas. All in all, Pacioretty did what he was paid to do.

When you’re around the league a little bit longer people will start reaching out when they hear stuff. I thought that it could be a possibility I was going somewhere. I didn’t know specifically where. When I found out that it was Carolina, the GM of Vegas called me and we spoke briefly. I got confirmation from Don [Waddell], Rod [Brind’Amour] and even Tom [Dundon]. Once I spoke to everybody about how they wanted me and how I fit in, it was really exciting to join an organization like this and a team that is trying to win right now. – Max Pacioretty during Hurricanes media availability

The 14-year veteran sounded genuinely excited to begin his next NHL chapter when he spoke with Hurricane’s media last week. His departure from Vegas didn’t sound contentious, in fact, he received a call from VGK’s front office, a courtesy that pal Marc-Andre Fleury didn’t get.

It was just a weird year where it seemed like everything went wrong. My injuries were really one offs and bad luck. It was a broken foot and another bone injury in my hand, and then it was a little bit of a core situation there but it didn’t keep me out too long. I hope that’s in my past. I’m doing everything that I can to move on from that. But in reality, as a group we had a lot of tough luck on the injury front and a lot of goofy or fluky injuries. Mine were no different from the rest of the guys in that sense. -Pacioretty

Just like Mark Stone, Reilly Smith, Alec Martinez, Robin Lehner, and the front office, Pacioretty would like to put last season behind him. When he was on the ice there’s no doubt the sniper’s shot was the most lethal on the team. Which will be difficult to replace.

I’m 100 percent. I had the foot that I spoke about and the hand, those got corrected right away being bone injuries. And then there was a little bit of trouble diagnosing the injury at the end of the year, but once we did it only really took about a week and a half and I finished out the year and felt better about my game than ever before. I’m excited about how I skated at the end of the year, and I’m looking forward to keeping that momentum going into this year. -Pacioretty

The former Golden Knight wasn’t exaggerating, he was producing and skating hard minutes down the stretch. In VGK’s final six games Pacioretty jumped over the boards for 137 shifts, took 27 shots, registered 7 points (3 on the power play), and averaged 18 minutes per game. Pacioretty’s hand must’ve felt strong enough to whip 8 shots on net against the New Jersey Devils in mid-April. Battered and bruised the newest Carolina Hurricane barely showed it.

Every time I play against Carolina our whole pre-scout seems to be around how this team is going to outwork you. This team’s got character. This team stands up for each other. I don’t expect to go in and feel any animosity or negativity. It’s a different situation where a lot of the guys have already reached out. And it’s ‘we want to win. We’re so happy that you’re a part of this thing.’ Wherever they put me, I just want to do my role to help this team win. At the end of the day, this team is close. Any way that I can contribute, I’ll do whatever it takes for that. -Pacioretty

Several times Pacioretty mentioned how close the Hurricanes were to capturing the ultimate goal. Coming off a mentally and physically challenging season I’m sure his teammates will get a motivated, recharged forward. It’s possible that Pacioretty is the missing piece in Carolina. Oh, and defenseman Brent Burns of course.

Yeah, there was a lot of animosity between me and Burnsy. In fact, last night I got a Facetime call from a number that wasn’t in my found book. I had my wife look it up, and it was actually Burnsy. I called him back, and we had a little bit of a virtual meeting. We spoke about one time when we got into it pretty hard and gave each other some cross checks. Yeah, it was one little crack of a joke about him saying how now he can win the Lady Byng because he won’t have to try and cross check me in the face again. We went at it pretty good last year. -Pacioretty

After the awkward ‘I’m sorries’ the two salary-dumped players bonded over playing for coach Pete DeBoer and his staff.

I think. Playing for Pete DeBoer and Steve Spott, they tell me every day Burnsy stories. As soon as they found out about the trade, they said ‘you’re going to love this guy. He’s a great team guy.’ I’m really excited top play with him. -Pacioretty

Sure the Golden Knights organization feels comfortable making up Pacioretty’s production through an internal committee. However, it will take several career-type years for the group production strategy to work out. While Carolina has added offense by trading for Pacioretty and Burns, the Golden Knights are crossing their fingers that injuries won’t plague another season.

When I heard rumblings that it was maybe Carolina and I saw that Burnsy signed, it seems like every offseason Don [Waddell] and all the guys there in Carolina are trying to add pieces to help them put this puzzle together to ultimately come up with the ultimate prize. I really got excited about what’s in front of me with this opportunity. -Pacioretty

Of course, the writing was on the wall that there would be cap casualties this summer. Unfortunately, trading Evgenii Dadonov and Pacioretty put Vegas in an offensive hole. And remember, the pledge ends after this season. Somehow, the Golden Knights will try and replace 50 goals, make the playoffs and win the Stanley Cup.

The Creator’s #CupInSix was made clear five years ago and it hasn’t been forgotten by local fans. This is why many are puzzled by the moves the Golden Knights front office are making. VGK fans understand the cap complications but they’re also greedy and want to win. The only thing they see is their favorite team trading away top-line scoring while another Cup contender is scooping up 30-goal scorers and a 6’5 power play aficionado for free.

It’s almost as if they were given away in an expansion draft.