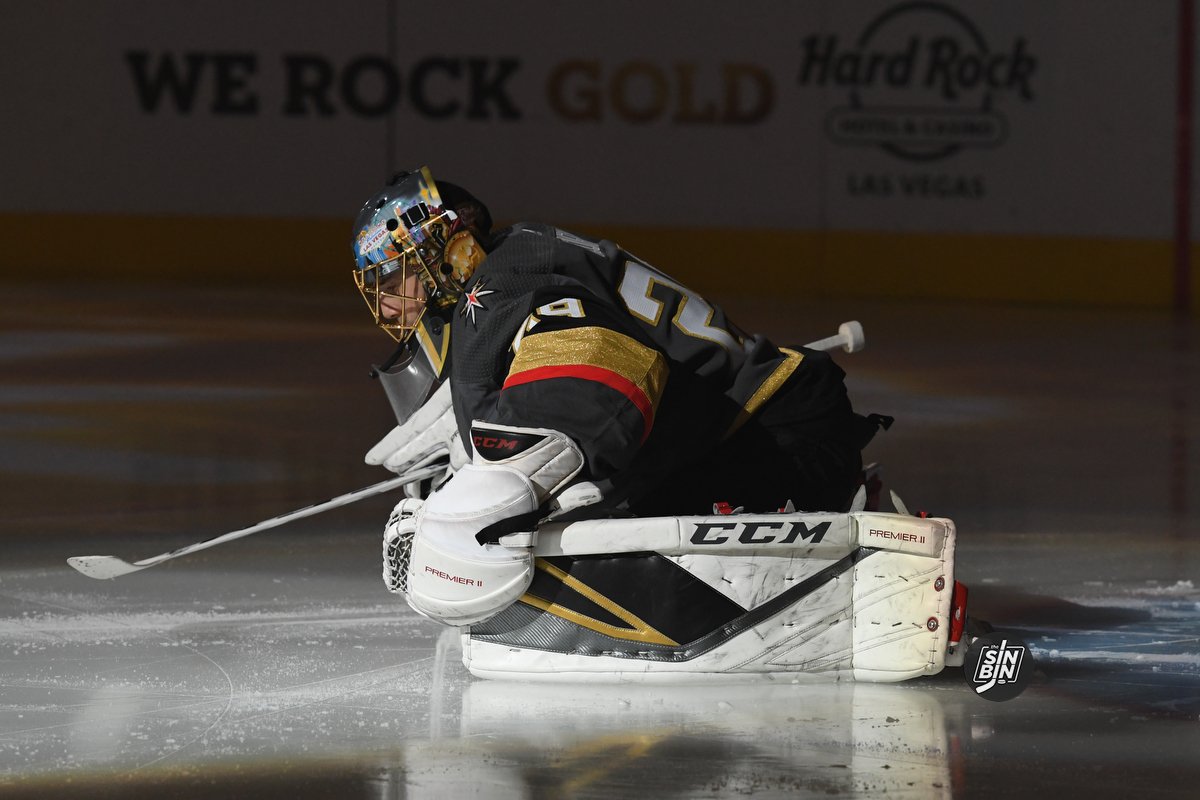 Tonight against the St. Louis Blues, the Golden Knights will be without their leader. Sure, Mark Stone will be in the lineup but he’s not the only captain on the team. Marc-Andre Fleury will miss some unexpected time after being placed on the NHL’s COVID list yesterday afternoon. Not only will Vegas be without their star goaltender, but without their “heart and soul” as well.

Indescribable how much that guy means to our team. On and off the ice. It’s really nice to see him get rewarded this year with amazing performances this far. -Max Pacioretty to NBC Sports during 3/10 game

Teammate Max Pacioretty shared his feelings about his goaltender during an interview with NBC Sports during the last Golden Knights game. His comments almost sounded like a reminder to any of the Fleury doubters from last season. Pacioretty didn’t need to convince teammates, and certainly not the Golden Knights the fans. The city adores Fleury, and not only because he occasionally treats them to a dozen donuts.

This season has gone relatively smooth on the ice for the Golden Knights, but off the ice it’s been a bit hectic. Fleury joins several other teammates to be placed on the NHL’s COVID-19 protocol list this season. When the team’s schedule was previously interrupted, no one was as sharp as the 36-year-old goaltender. Off a long layoff or playing a back-to-back, Fleury settled down the Golden Knights with his confidence, consistency, and reliability. Which is somewhat surprising, considering his role was undetermined to begin the season.

But it’s way beyond that. He’s the heart and soul of this team, of this organization and we’re just so happy to have a guy like that. -Pacioretty to NBC Sports during 3/10 game

As a former NHL captain, Pacioretty can identify and understands what it’s like to be a leader. His acknowledgment of Fleury’s importance suggests that they weren’t even sure what to expect, especially coming off a postseason and offseason of uncertainty. The goaltender didn’t know where he stood with the organization, but he knew where he stood with his teammates, which is one of the reasons why he’s so respected. Even in a mountain of confusion, Fleury shed the outside distractions and performed like a number one goalie. It’s subtle, but that’s leadership.

When I look back at my career he’s going to be one of those guys you’re just thankful you’re able to come to the rink everyday and be around. -Pacioretty to NBC Sports during 3/10 game

Not only will Pacioretty, other current and former teammates look back and be thankful for Fleury but so will the fans. In hockey, things tend to work themselves out. Thankfully, everything worked in net and Fleury’s back to leading his team on and off the ice.

Tonight though, Vegas will have to do it without their heart and soul.