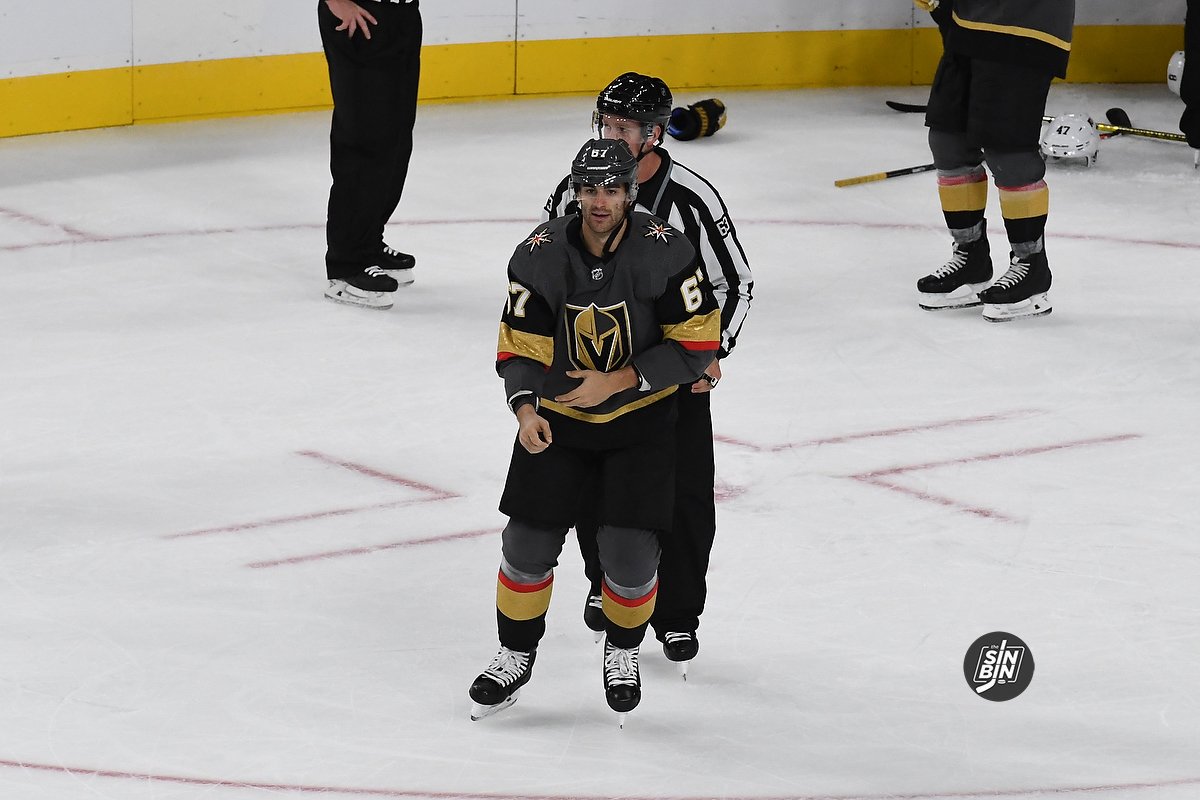 From 2012-2014, the Montreal Canadiens and Boston Bruins played eight times in the regular season. Max Pacioretty’s Canadiens went 6-2-0 as Montreal clearly had the edge on Boston for two seasons and it carried over into the postseason. In 2014 the Habs met the Bruins in the second round of the playoffs and continued their control over Boston winning the series in seven.

It’s all about momentum. It’s about players being at their best at the right time. It’s about bounces and the team sticking together. -Max Pacioretty

That’s one example of Pacioretty being on team that had gotten the better of their playoff opponent, like his current team’s success over the San Jose Sharks.

Try and predict every playoff series and you’ll be amazed at how many you get wrong. What’s happened in the past has nothing to do with the future. -Pacioretty

Pacioretty has played in seven playoff series over his 11-year career. It’s not as many as he’d like but the veteran has seen enough to understand the intensity on the second season.

The 30-year-old scoring winger averages 0.5 points per game and 4.5 shots per game in the postseason. Vegas will need him to do more than that over the next month or two. There’s no doubt that come next week Pacioretty and his teammates will bring the intensity they’ve been lacking for the past couple of weeks.

It’s a different type of grind in the postseason. The travel is different. We try and learn team tendencies and focus on one team so in that sense it’s different, but it’s just a completely different game. It’s hard to pinpoint exactly why. -Pacioretty

Adding another wrinkle to this first round series is Sharks defenseman Erik Karlsson. Pacioretty knows how threatening Karlsson can be on the ice after facing him in the Atlantic division for nine seasons and in multiple playoff series.

Yeah we definitely have to change our game a little bit. We have to make it hard for him to skate, by doing so we need to forecheck and play the body on him. He’s a guy that likes to be up ice and he’s always joining the attack. -Pacioretty

Toss in the five seasons Mark Stone and Karlsson were teammates and Vegas has close knowledge of the star defenseman. Will Pacioretty and Stone’s familiarity with Karlsson work to the Golden Knights benefit?

If we are able to eliminate him in his own end it should make it harder for him to get up the ice. We have to do that right from the start. That’s a very tough task given he’s one of the best, if not the best skater in the league. -Pacioretty

This first round series is why Pacioretty and Vegas came to a quick trade-and-sign agreement last summer. He’s being paid for his high-pressure experience, his leadership and skill. Of course his 22 goals and 40 points in the regular season were nice, but these next two months are why Pacioretty is really here.

As for Pacioretty, he signed with Vegas to shine in big for moments for the young franchise. His chance begins next week, and he seems ready to go.